The museum has opened an online and in-person store called "The Comedy Shop," where people can shop for merchandise from their favorite shows and comedians. 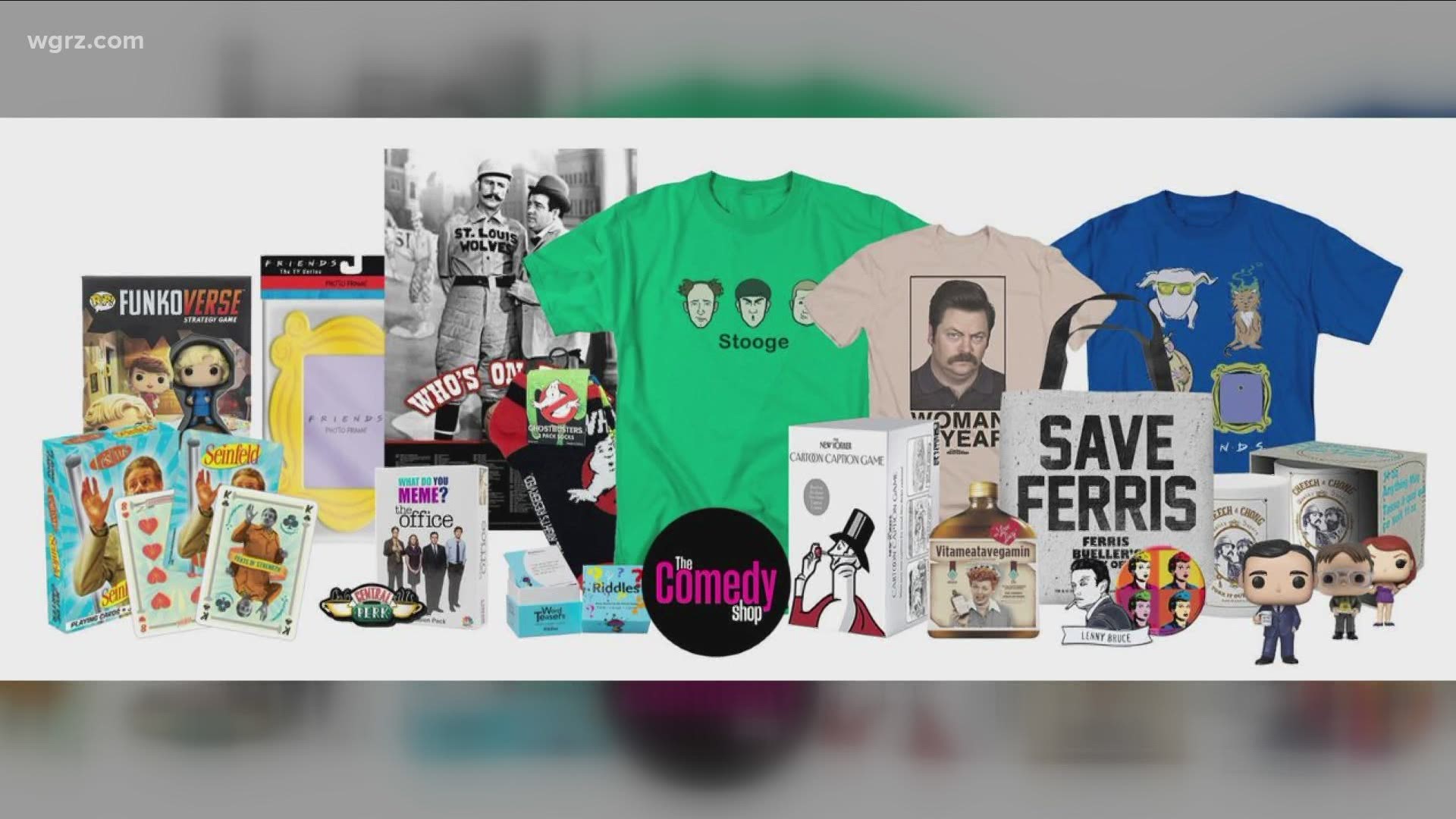 JAMESTOWN, N.Y. — The National Comedy Center has been the place to go to learn about the art of comedy, and now they've created a place to go if you want to shop for all things comedy-related, just ahead of the Christmas holiday.

The Comedy Shop is online at ComedyShop.com and has a physical location in Jamestown. The shop's proceeds support the mission of the National Comedy Center.

So what does The Comedy Shop sell? Well, a lot of unique merchandise from comedy shows and comedians. There's shirts from "The Office," "Bob's Burgers" Jenga, and even "I Love Lucy" face masks.

“We decided to launch The Comedy Shop to help bring joy and laughter to loved ones this holiday season, while giving people another way to support our non-profit cultural institution and its mission of presenting the vital story of comedy in America and preserving its heritage for future generations," Gunderson said.

The shop has a busy Black Friday weekend planned to celebrate the opening. The "Lewis Black Friday" online celebration is hosted by the comedian Lewis Black, and began on Friday. The celebration will run through Monday on the shop's social media.

There are also a promotion, which includes 25 percent off most items and free domestic shipping when you send more than $75.

For those who want to shop in person, admission isn't required to visit the store in the historic grand concourse of the Erie Lackawanna Train Station building at 203 W. 2nd Street.

The National Comedy Center and The Comedy Shop also now have separate websites and social media. You can connect with them here: