Organizers say they wanted to honor him at Niagara Falls because of its ties to the Underground Railroad. Lafayette was well known as an abolitionist. 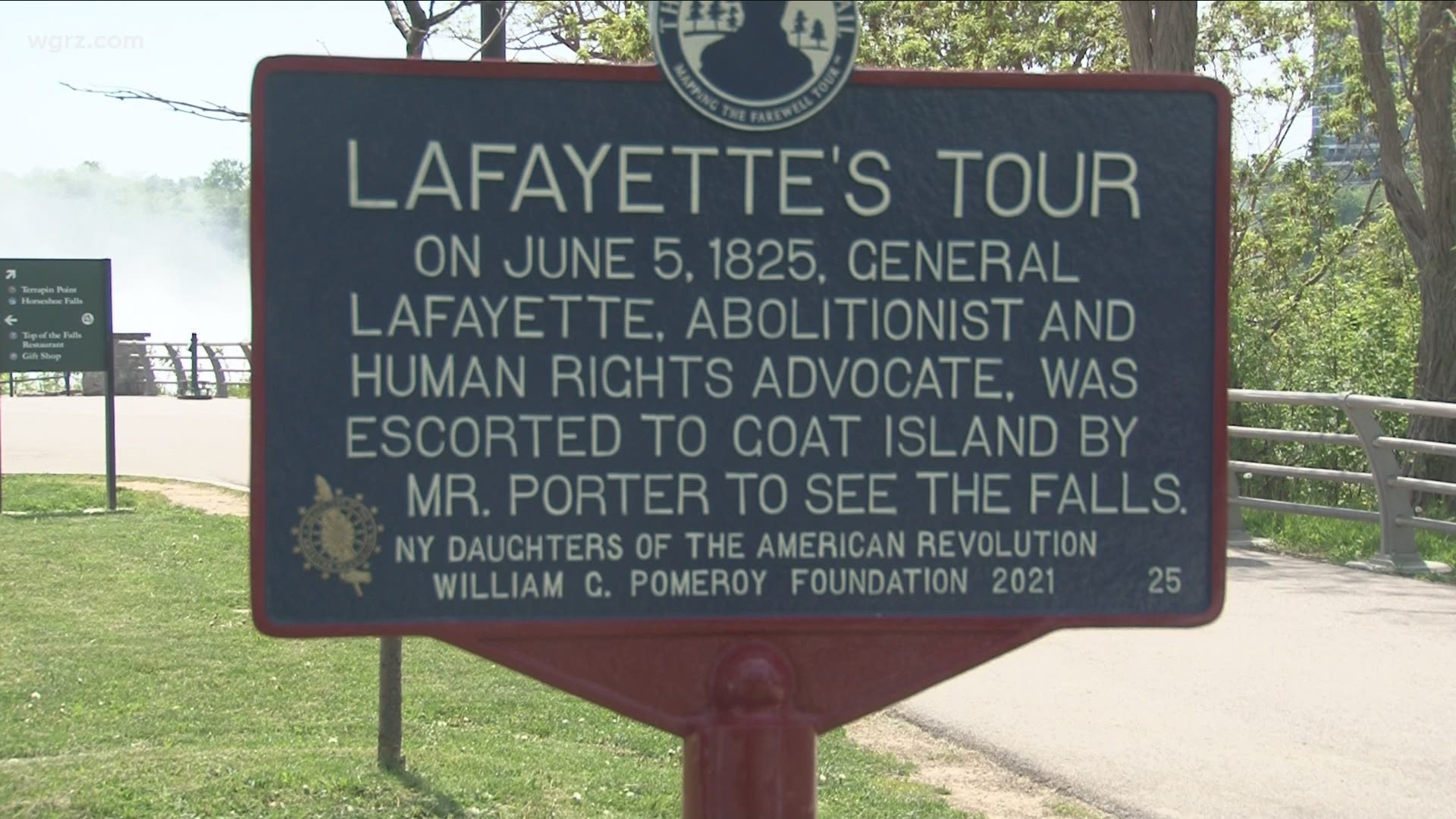 NIAGARA FALLS, N.Y. — A monument was installed in Niagara Falls to honor the Marquis de Lafayette, the famed general in the Revolutionary War.

The plaque is part of the Lafayette Trail.

After the war, the general toured the 25 existing states, including New York.

Organizers say they wanted to honor him at Niagara Falls because of our ties here to the Underground Railroad, since Lafayette was well known as an abolitionist.

We're told the group hopes to have a total of 175 markers around the United States, in time for the 200th anniversary of Lafayette's tour in 2025.