A search of his Williamsvillle residence found seven homemade explosives, two rifles, five shotguns, a pistol and drugs, according to the U.S. Attorney's office. 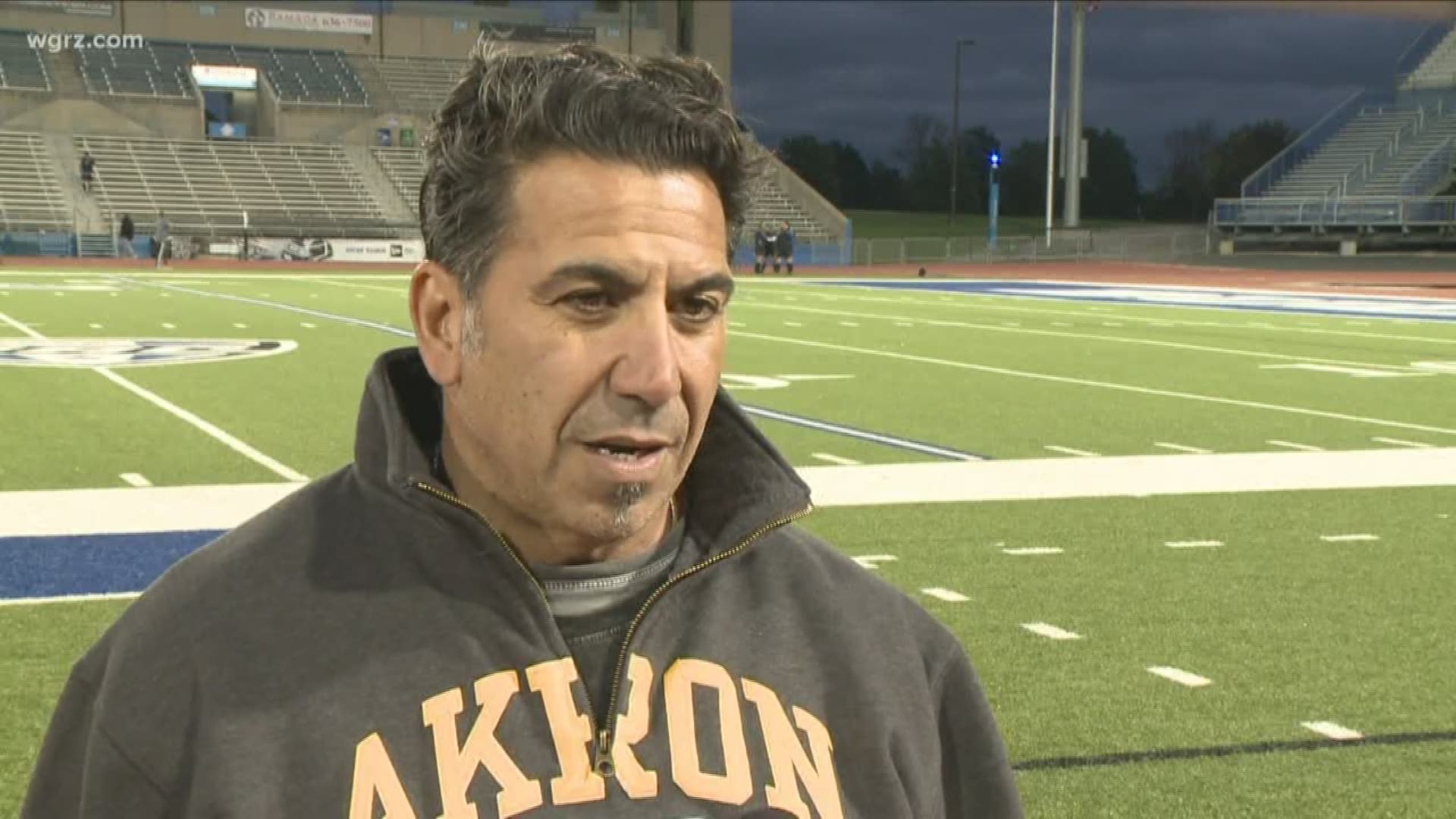 BUFFALO, N.Y. — A Buffalo high school teacher is under arrest after investigators found seven homemade explosives, two rifles, five shotguns, a pistol and drugs during a search of his home in Williamsville.

Michael Masecchia, 53, is facing numerous charges. Among them, maintaining a drug-involved residence and possession of firearms in furtherance of drug trafficking crimes.

Buffalo Public Schools issued a statement on Thursday evening that said Masecchia "has been placed on administrative leave pending the outcome of the legal process."

Investigators from Homeland Security, the FBI and both the Erie and Niagara County Sheriff's offices executed a search warrant last Friday at Masecchia's home on Main Street, right across the street from Williamsville South High School.

"All these dangerous items were possessed by an individual who has access to children on a daily basis," said James Kennedy, the United States Attorney for the Western District of New York.

In addition to the guns and explosives, the criminal complaint says the following items were seized:

Close to $28,000 in cash was also found hidden in clothing and rubber banded in two bundles.

Erie County Sheriff's records show one of the shotguns found was reported stolen back in September, 2015.

The criminal complaint says information developed through the course of the investigation shows Masecchia has allegedly been involved in the growing and distribution of significant amounts of marijuana for at least the past 20 years.

Masecchia made an initial court appearance Thursday afternoon before U.S. Magistrate Michael J. Roemer and was released with conditions.

Investigators couldn't tell us what tipped them off to the teacher but they did say there's more to come.

Kennedy explained, "I will say that this is part of a much larger and ongoing organized crime and public corruption investigation so stay tuned."

2 On Your Side has reached out to the Buffalo School district for more information on Masecchia's teaching history and current employment status.

Read the full criminal complaint below.