With a plummeting supply of the COVID vaccine locally, unless there is a large uptick in the vaccine delivery, Niagara County will only do 300 vaccinations next week 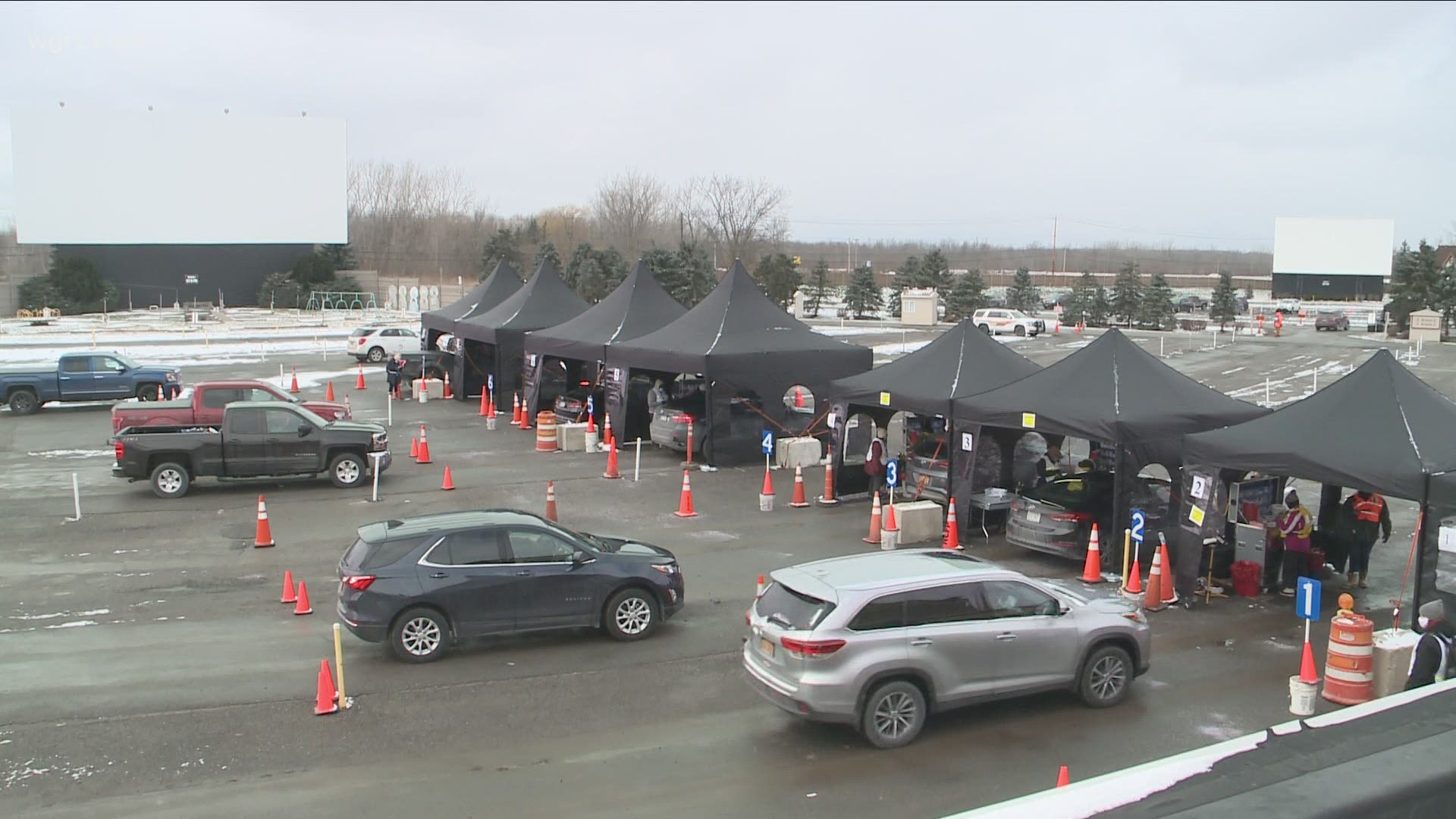 LOCKPORT, N.Y. — First dose vaccinations in Niagara County are expected to drop by more than 80 percent next week from this week, if supply isn't increased dramatically.

Here are some figures from the Niagara County Health Department: last week the county vaccinated about 1,000 people, this week 2,200. Only 300 vaccinations are planned next week.

"We'll probably do it one day maybe four or five hours and then, they'll be out of vaccine at that point," said Dan Stapleton, Niagara County's public health director.

That's compared to doing three days of vaccinations this week and last week at the Transit Drive-In in Lockport.

2 On Your Side asked Stapleton when the county's next shipment of vaccine will come, Stapleton responded, "It's unclear, typically, we get one shipment a week, we got 300 doses today [Wednesday]. We're ordering around 3,000 a week, I ordered 3,000 last week, I got 300 so we'll continue to be ordering them — the orders go on on a weekly basis." 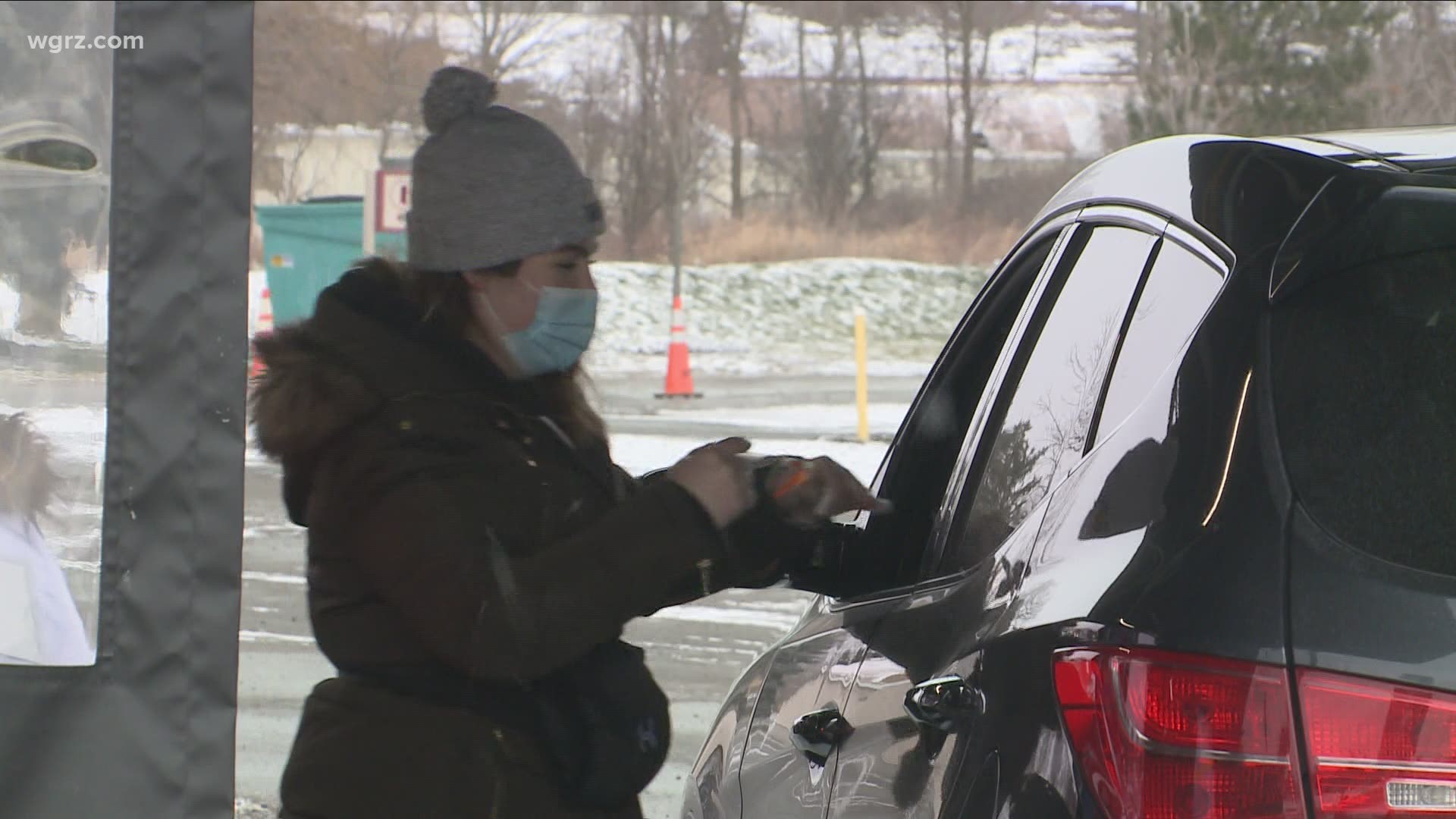 Local health departments get the vaccine from the state, which gets its supply from the federal government. On Wednesday, Governor Andrew Cuomo said New York's distribution to localities is increasing, but it will still take months to get through Phase 1.

"Overall, statewide, total doses, 1,156,000. First doses and second doses. But that's way up. Eighty-six percent of the dosages have been administered, which means they are now in arms, and that's great news," Cuomo said. "There are 145,000 first dosages that are remaining on hand. We're averaging 65,000 doses per day."

There are still questions with regards to those who have weakened immune systems and which conditions are eligible.

"We're getting calls from that on a daily basis from those people, we're still telling them, we have not received the guidance from the state but you're talking about a long list," Stapleton said.

In Lockport, the plan right now is to only do vaccinations on Tuesday for a few hours at the Kenan Center Arena.

Meantime, the Erie County Department of Health has canceled COVID vaccination appointments at ECC from Saturday to Wednesday because of a lack of supply. 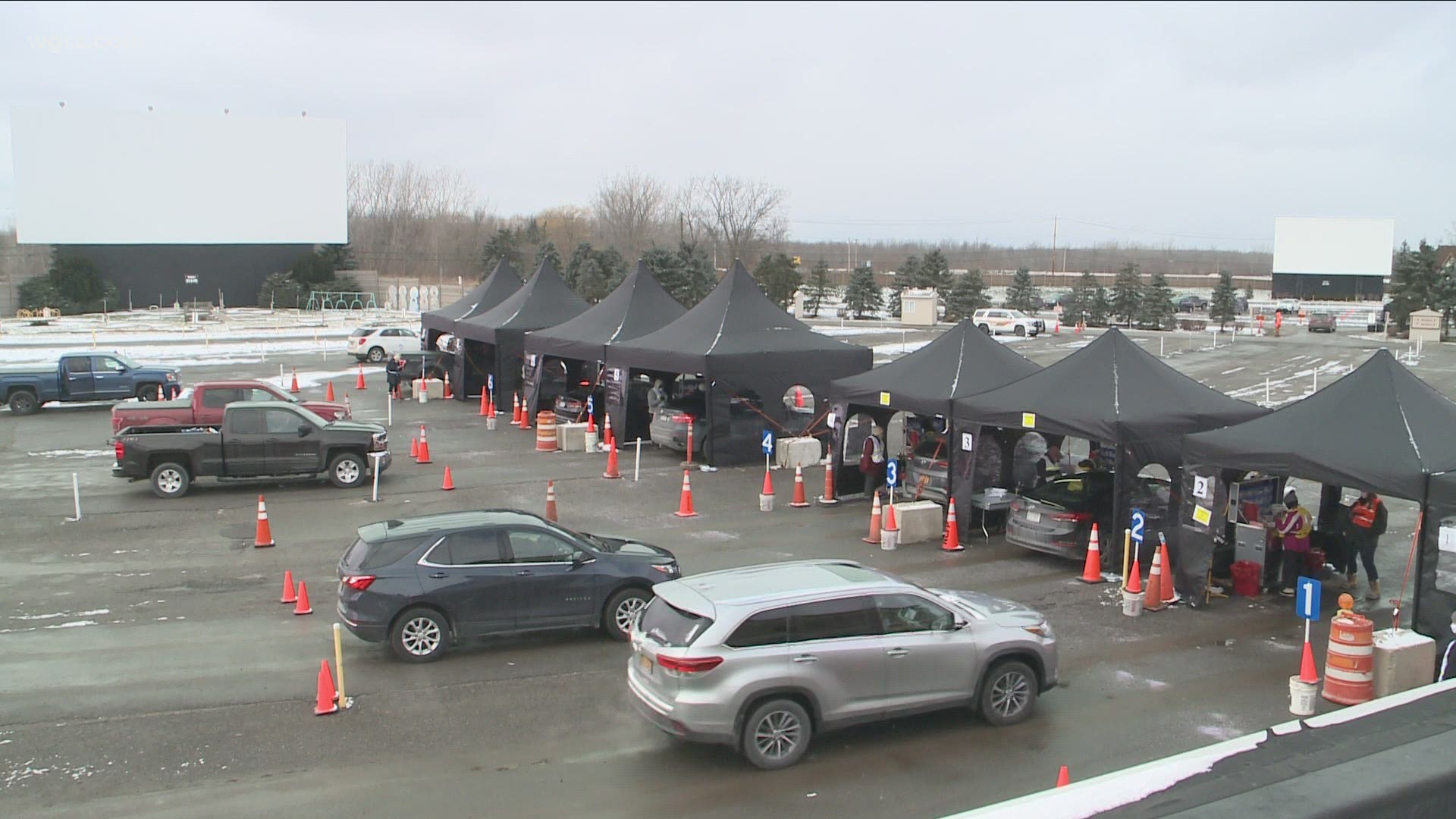