Survey of workers reveals their belief that patent safety is jeopardized by understaffing fueled by low wages and staff turnover. 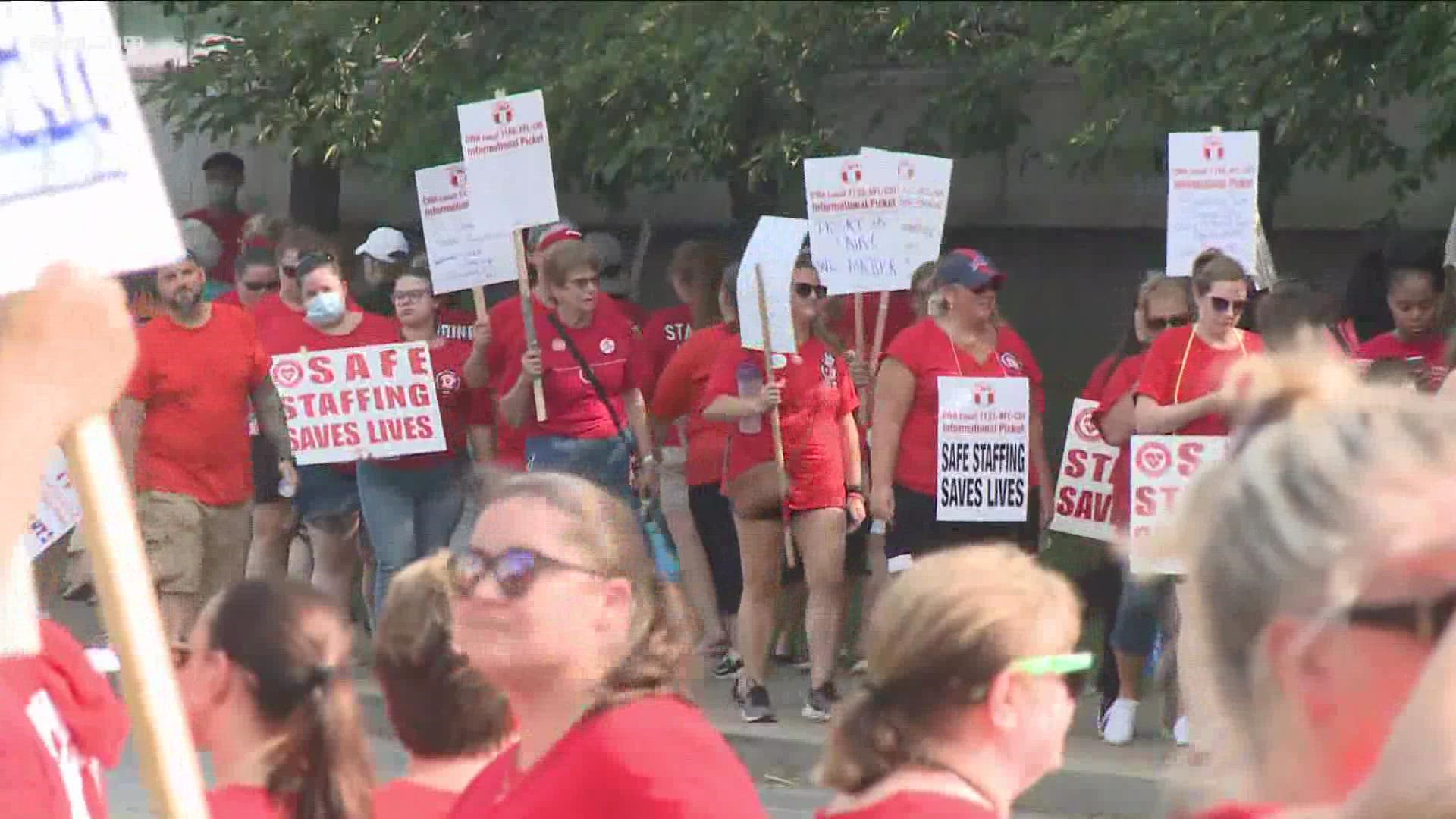 BUFFALO, N.Y. — They’ve already authorized a strike on October 1 unless they get a new contract which they think is fair.

Now the union representing some 2,000 nurses and staff at South Buffalo Mercy Hospital has released the results of an employee survey, which it says demonstrates how dire the situation is at that hospital, and others run by catholic health.

The union says high turnover among employees, who’ve been on the front lines during the now 18-month-old pandemic, is being fueled by severe staffing shortages which are now affecting the quality of patient care.

The CWA says its survey of 500 Catholic Health workers, reveals 98% of them believe their hospital is struggling to retain staff due to staffing shortages and low pay

According to the survey, 70% say they’ve seen patients neglected or suffering needlessly because of staffing shortages, and 57% of respondents say they have been forced to do work they were not trained for due to understaffing.

In addition: 75% have considered quitting, 70% reported their facility lacked the equipment and supplies need to adequately perform their roles, and only 10% say patients are getting the quality care they need.

For its part, Catholic Health has said its trying to hire, but notes it is not alone amid a nationwide labor shortage, especially in the health care field.

According to Catholic Health's Director of Public Relations JoAnn Cavanaugh.

“We scoured the nation and beyond to make sure we had ample PPE for associates, paid hazard pay longer than any other local health system, and launched a robust resiliency program to support our team. We have pulled out all the stops to recruit needed staff in an extremely difficult labor market, hiring nearly 1,200 new associates, including 230 registered nurses, since the beginning of the year.”

Catholic Health also says its competitive advantage would be damaged by introducing staffing ratios into contract negotiations, as proposed by the union.

"No One Wants a Strike"

Union officials and workers on Tuesday said a strike is the last thing they want to happen, but feel they have no alternative to address their ongoing grievances.

They also note that employees already approved a 15-month extension to their existing contract and worked through the height of the Covid-19 pandemic under conditions that they claim have persisted and had only gotten worse.

As for the amount they’re currently being offered to sign a new deal, the workers say that between soaring inflation, and what they would pay additionally out of pocket for their own healthcare, it creates a situation where they’ll actually experience a pay cut.

They also contend that, under such circumstances, it would make it even harder to attract others to take jobs in the health care field.

Union officials say despite several negotiating sessions, they and Catholic Health remain far apart from reaching an agreement, something the hospital system has also confirmed.

In a statement, Cavanaugh said negotiations are continuing daily.

"Both parties must be focused at the table this week, and work collaboratively to find more common or middle ground. Based on our costing, we are nearly $100 million apart."