If an agreement is not reached, the nurses could go on strike starting October 1 at Mercy Hospital of Buffalo. 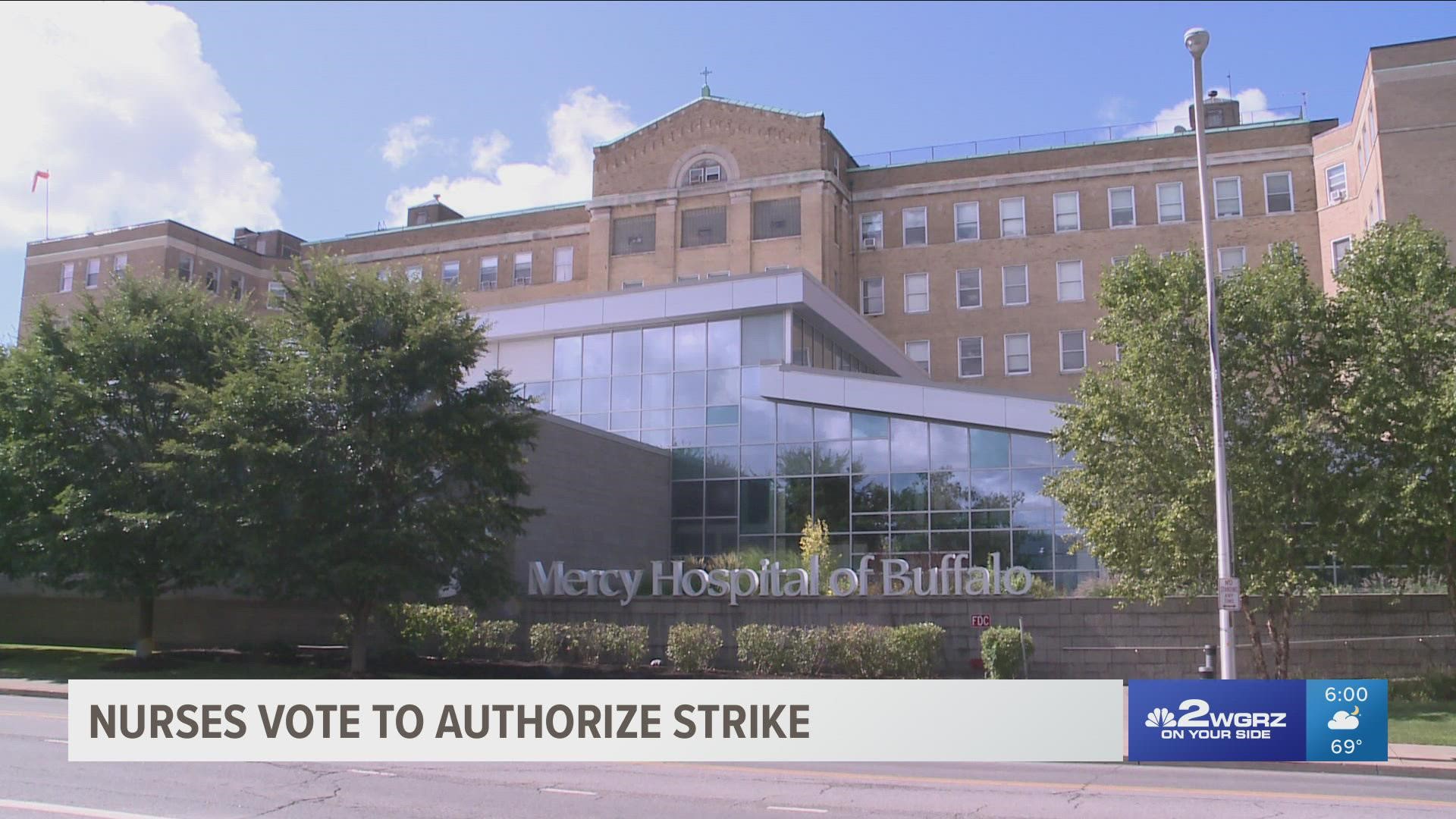 BUFFALO, N.Y. — The union representing nurses at Catholic Health says it is prepared to strike to fight for wages, safe staffing, and to retain pensions for its members.

CWA Local 1133 members voted this week to authorize a strike, with 97 percent of the people who voted voting in favor of the strike.

They are required to give a 10-day notice so the state and hospital have time to prepare and deal with staffing issues.

The nurses are trying to get a new contract and have nine bargaining days left. The biggest issue for them is safe staffing, but they're also fighting for wages. They say right now they can't properly care for their patients because they don't have enough people to do their jobs.

Catholic Health did not do any interviews on Friday, but sent a statement saying in-part, "It is unconscionable the union would take registered nurses and other crucial healthcare workers away from patients' bedsides and out of our hospital to walk the picket line while COVID-19 cases continue to rise in our community."

The nurses say they are hopeful about reaching an agreement.

"The reality is the employees are the union, and they have made their voices heard loud and clear, and we are hopeful that Catholic Health will take note of that. This is not CWA coming in saying, you know, we need a strike or you must go on strike, this is the employees, our members saying to us this situation in these facilities is really bad and we're not going to stand for it anymore," says Debora Hayes, CWA Upstate Representative.

Catholic Health also said Mercy Hospital will stay open if there is a strike.

"There are just not enough people to get the job done, and the impact that it has on patient care is significant, and the toll that it takes on our members that are trying to do the work is also significant," says Hayes.

Bottom line, if an agreement is not reached, the nurses could go on strike starting October 1.