Inside Newfane Rehab: Resident says there are not enough workers

Amber Harris says staffers at the nursing home are exhausted, 'We need help.' 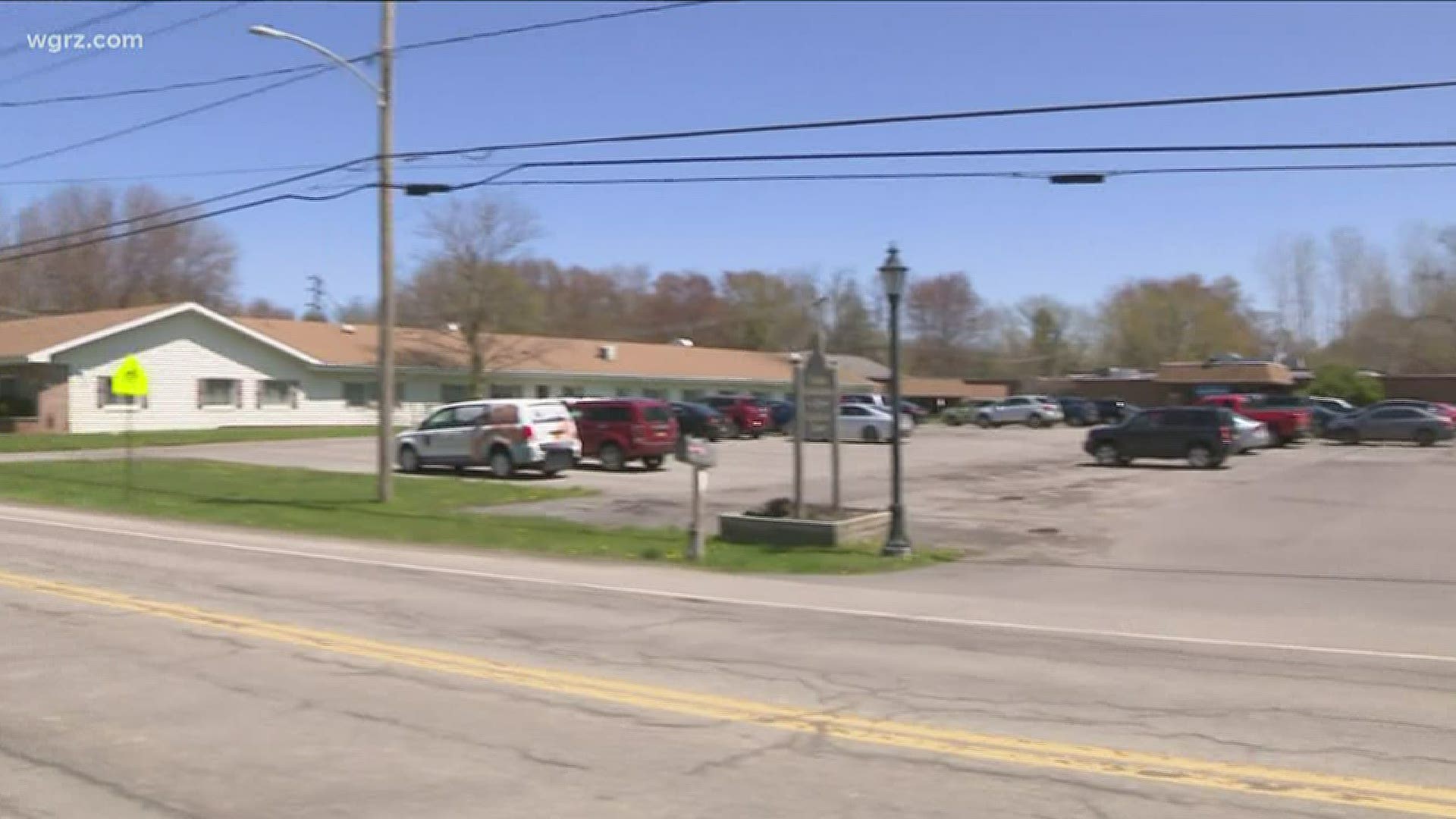 That’s one of the many things Amber Harris told 2 On Your Side Thursday about Newfane Rehabilitation and Health Care Center, from inside the Niagara County nursing home.

Harris spoke exclusively to 2 On Your Side through a video chat Thursday morning. A major reason the 39-year-old mother of four wanted to speak to us, was her concern about whether there was enough staff to take care of residents, like herself.

Harris says she’s been at Newfane Rehab for almost three-years. She arrived to recover from surgery needed after a 2010 accident where she was hit by a truck and dragged, leaving her paralyzed below the waist.

Harris says she’s tested negative for the coronavirus. A knowledgeable and credible source tells Two On Your Side at least 113 residents have tested positive.

State Health Department data shows 24 residents here have died, 17 from COVID, another seven presumed to be caused by COVID.

Newfane Rehab is also among area nursing homes that have had the most deaths attributed to the virus. But while operators of the other facilities in the top five in fatalities have answered questions, Newfane Rehab has not.

Twice this month, Newfane Rehab was the subject of a surprise inspection by the State Health Department. In both instances, a department spokesperson said no deficiencies were found, but it was not disclosed exactly what was examined.

And just last week, the administration of the nursing home turned down an offer of help from the State Health Department. Harris says when word spread inside about the decision to reject offers of staff and supplies from state government, the response from residents and staffers was anger.

“ ‘Why? Why would he not do that? Why? Why? Why?’ That’s all I kept hearing,” Harris said, “and to not accept help is deplorable.”

Credit: Amber Harris
Harris says she arrived at Newfane Rehab about three years ago to recover from surgery.

The mother of four and grandmother to one has not seen her family in over two-months because of the state-ordered ban on visits. But Harris says she is not afraid, at least, not for herself.

On Thursday afternoon, an attorney representing the Newfane facility contacted WGRZ claiming our reporting was inaccurate. They did not provide specifics.

The attorney pointed out the state health department has performed two unannounced surveys of the facility. That is something WGRZ has reported on in the past and did so in this most recent report.

The attorney added that a press release would be sent listing all of the ways management has responded to the COVID-19 situation. When we receive that, we will share it with you.

UPDATE 5/22: The attorney representing Newfane Rehab issued a press release on Friday afternoon. You can find the entire release below:

In this most difficult time of the COVID-19 pandemic, Newfane Nursing, Rehabilitation and Health Center (“Newfane”) is committed to providing the highest quality of care to its residents. Newfane and its employees are working tirelessly to overcome unprecedented demands. In a community like Newfane, it is often the case that the individuals we care for are not only residents, but also friends and neighbors.

Newfane is pleased to announce that it has no active cases of COVID-19 infection at the present time. All residents that had previously tested positive for COVID-19 have now resolved, meaning that those residents have been symptom free for 14 days following the positive result. Per New York State Department of Health, those residents remain on precautions but are not actively infected with the virus.

In order to protect our residents and our valued employees, Newfane has all necessary personal protective equipment (“PPE”) including surplus PPE maintained in storage if needed.

The management of Newfane greatly appreciates all of the efforts of our frontline caregivers and has provided both hourly pay increases as well as shift bonuses in recognition of those efforts.

In response to recent media reports relative to staffing, it is critical to know that the New York State Department of Health reviews the facility’s staffing numbers on a daily basis and examines the numbers of RNs, LPNs, and CNAs to ensure sufficient staffing.

As with many New York State nursing homes, the Department of Health has performed two unannounced onsite surveys on May 9, 2020 and May 14, 2020 and found no deficiencies. In addition, the Department of Health retained outside infectious disease experts who visited the facility to review infection control practices. Those experts found that Newfane is compliant with all infection control practices and found no areas of concern.

Per New York State requirements, Newfane has begun onsite COVID-19 testing for all of its employees twice per week. Any individual who tests positive cannot return to work for 14 days and must first test negative for the virus.

The owners of Newfane are committed to the residents of Niagara County also owning Lockport Rehab and Health Care Center. The owners purchased Newfane on December 30, 2015 and at the time of the purchase the facility was 1 star Medicare rated. Since the date of purchase, the owners invested millions of dollars to improve the infrastructure of the building and have successfully elevated Newfane’s Medicare rating relative to the quality of care provided.

Ownership and management are committed to continuing to providing skilled nursing services in Niagara County.

We believe that Newfane and its employees have continued to provide quality care to our friends and neighbors. We look forward to the continued support of the community and the recognition of the diligent efforts of our dedicated employees.

RELATED: Poloncarz: 'All options' on the table to plug Erie County budget deficit

RELATED: It's now a bipartisan call for independent probe of nursing homes