Department of Labor Commissioner Roberta Reardon said the fastest way to receive unemployment benefits is through direct deposit into an existing checking account. 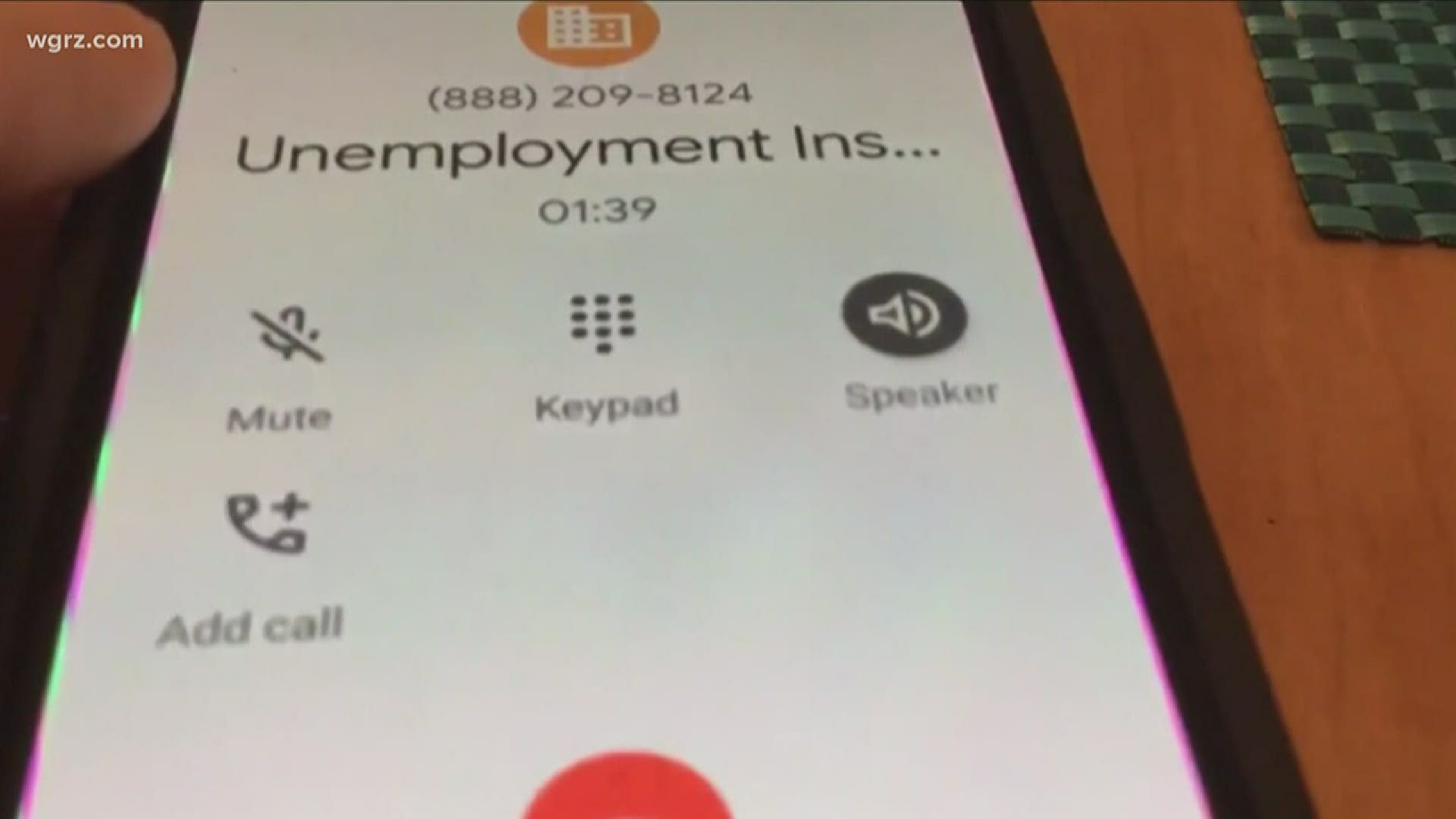 NEW YORK — New York State Department of Labor Commissioner Roberta Reardon said the state is experiencing an unprecedented increase in unemployment claims during a briefing with reporters on Wednesday.

Reardon said in just six weeks the state has delivered more than $3 billion in benefits to more than 1 million people. She acknowledged that there are people who have not yet received benefits but did not give a number for how many claims are still outstanding.

Reardon said the DOL analyzed more than one million claims that have been submitted and discovered there are two main reasons claims are still pending.

A claim will be partial if the Federal Employer Identification Number (FEIN) is incorrect or if a person has filed multiple claims. These issues require a call back from a DOL staffer which Reardon said slows down the process.

Reardon on Wednesday issued a directive to remind all businesses that they have a legal obligation to provide workers with the information needed to file for unemployment.

Reardon also reminded people that the fastest way to receive unemployment benefits is through direct deposit into an existing checking account. If you are not set up for direct deposit you can register here.

During the course of six weeks, Reardon said the Department of Labor has made improvements to the outdated and overwhelmed system. She said they built and launched a new streamlined online application, increased the number of servers supporting the website from four to 60 and deployed 3,100 staffers to work seven days a week to answer phones and make calls. Before the pandemic they had 400 people working five days a week.

QUESTION: What should people be doing who have been going up to six weeks without a pay check?

ANSWER: We have made over 650,000 phone calls out to New Yorkers so we are working every phone list we have. Unfortunately sometimes we have a bad number, sometimes people don't pick up. We have made every effort and we continue to make every effort to connect with the people who need a call back.

Q: Most of the remaining claims involve people applying for pandemic unemployment insurance. Is there any reason those claims are taking longer?

Q: Quite a few Western New Yorkers ... said they have received other people's information. Many of these people have not been able to contact someone in the Department of Labor, and they're concerned that their own personal information will be out there. What should they do?

A: We started immediately contacting people on Sunday when we found out about it. This was a mechanical error. This was a mail-sorting and folding machine, and (the error) was not malicious, that's what people have to understand. There was not a bad actor here, that was not done on purpose, and we have reached out to everyone we know about. ... This is unacceptable, at any time. This is never a good thing.

Q: A lot of people have mentioned that they would feel better if they knew they were in some sort of line. How do you determine who gets called back next?

A: We confirmed at the beginning of the call-back program that we would go back to the earliest applications and try to handle them first knowing that there are people who have been waiting in line longer than others. But, you know, sometimes we call and they're not there, we go to the next person. We are making sure that we reach people, hopefully, in chronological order, you know, oldest first. But sometimes that doesn't happen.

Q: Do we have any sense of the call-back backlog? How much of it would be the regular visitors?

A: I don't have a full tally yet? I think it's going to be a high number. ... But again, we have gotten $3.1 billion out the door to 1.5 million claimants in a very short amount of time, and there's more to do.

Q: If someone missed a call, has the Department of Labor thought about having a way for people to check the status of their claim?

A: We don't call just once, we call repeatedly and they have lists that they work on and they go back and re-call  that list. It may be in that days work, it may be that afternoon, but we definitely are going back and recalling numbers. Also, if they have established an account then they can go back in and check their status online.

Q: Is there a way to provide people with a more specific timetable as to when they will eventually get a check?

A: I would love it if I had a metric that could just lay it out and say this is the timeline, this is when you'll get your money. Regular time is a lot more predictable but this again between PUA and traditional unemployment insurance they're two different systems so we are processing as fast as we can. We know that it's at least 2-3 weeks for people to get through the system and get their money. I would love to say yes, here's the algorithm but we don't have it.