Problem with NYS Dept. of Labor letters being sent to wrong unemployment claimants is bigger than first thought.

BUFFALO, N.Y. — A lot of people have contacted 2 On Your Side about not being able to finalize their unemployment claims over the phone or online. So, what can you do if you need to talk with someone and you're not getting a call back?

Rick Urquhart works for Fowler's Chocolates. He's been stuck in unemployment check limbo for five weeks. He's also one of thousands across the state who joined a Facebook group looking for answers and their unemployment checks.

"I've made over 3,000 calls, and not one of them has gone through, and part of the group that I'm in, people are up to six and 7,000 calls and saying the same thing, either they can't get through, or then you have to go through the prompts, which takes about two minutes and 50 seconds, and then everyone's busy. I can't believe that everyone's busy after 3,000, 4,000, 5,000 phone calls," says Urquhart.

Last week, 2 On Your Side asked the New York State Department of Labor what people in Urquhart’s situation can do. We were told they can call the main NYS Department of Labor number because fewer people should be calling it now with the new call-back system. 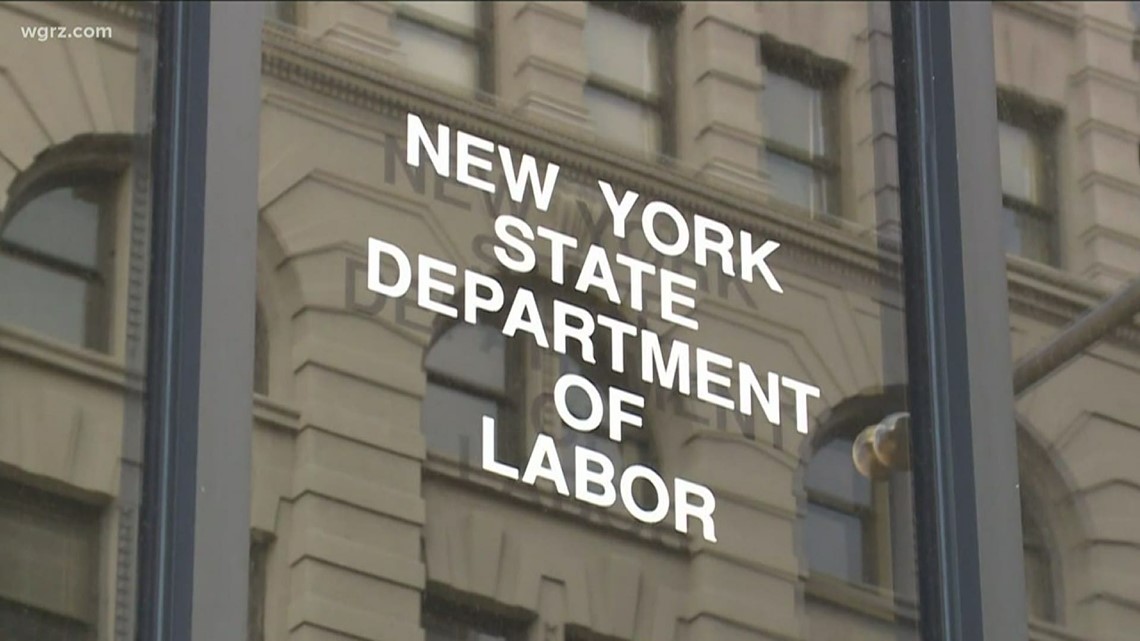 Problems persist with unemployment filing system
BUFFALO, N.Y. - We are hearing from Western New Yorkers every day who are still having problems filing for unemployment. Thursday, New York State announced it has paid $2.2 billion in unemployment benefits to more than 1.1 million people in New York.

Tuesday morning, we asked the NYS Labor Department again what people should do because we have heard from a lot of you who can't get through on phone. We haven't gotten an answer yet.

"People are upset. They're not upset with the people that are trying to help, they're upset with there's no process. There's no, I know, my father-in-law signed up last week, and he has money in his account. Now, that's one week, which is great for him. But, you know, I have people that are, you know, I'm five weeks, there's people at six and seven weeks that, you know, saying that it's a valid claim, but it's still in process. Why aren't they going back to the people that are original and almost make it like a butcher shop. Number one gets fixed, number two gets fixed, and then, so on and so forth," says Urquhart.

Monday, we learned that about three dozen people got unemployment paperwork belonging to other people in the mail. It had personal information on it.

Tuesday, the state said the problem is bigger than that impacting even more people than originally thought.

We talked with a West Falls woman who found a surprise when she opened her letter from the NYS Department of Labor, someone else's name and Social Security Number.

"We did a further investigation. It appears there was one mailing. That was the problem where literally two pieces of paper, when they were printed and collated, were stuck together and then that caused the whole mailing to be off. And, so we haven't identified the specific number. They're looking at that right now," says Melissa DeRosa, Secretary to the Governor.

The Governor's office admitted Tuesday that human error caused more than the initial three dozen people it talked about Monday to get wrong unemployment letters in the mail.

Sarah Krueger from West Falls opened her envelope and found a letter meant for Brian Brusgul in Schenectady.

"I looked at the first two, and my name everything, I go the third one, I look at it, says employer's name, and it says Brian Brusgul, and I look at it. I'm like Brian Brusgul, that's not my employer. I'm my employer. I'm self-employed. So, I look at the top of the paper, and it's this gentleman's name, full name, full address, full Social Security Number, not just the last four, all his valuable information on this paper. So, now I'm freaking out because I know I don't have mine," said Krueger.

Krueger Googled Brusgul and they connected.

"I get a call, and I was reluctant to answer it. It was from a 716 area code. And, it was Sarah. And, she called me. She says, Brian, I got your information. And, she told me who she was. And, she said, do you have mine? Actually, no," said Brusgul.

The state says it will offer free crediting monitoring to the people involved, but Brusgul and Krueger say they haven't heard from anyone about that yet.