If you're passing under the electronic toll readers on the overhead gantry where the Lackawanna toll barrier used to be, you might want to check your account. 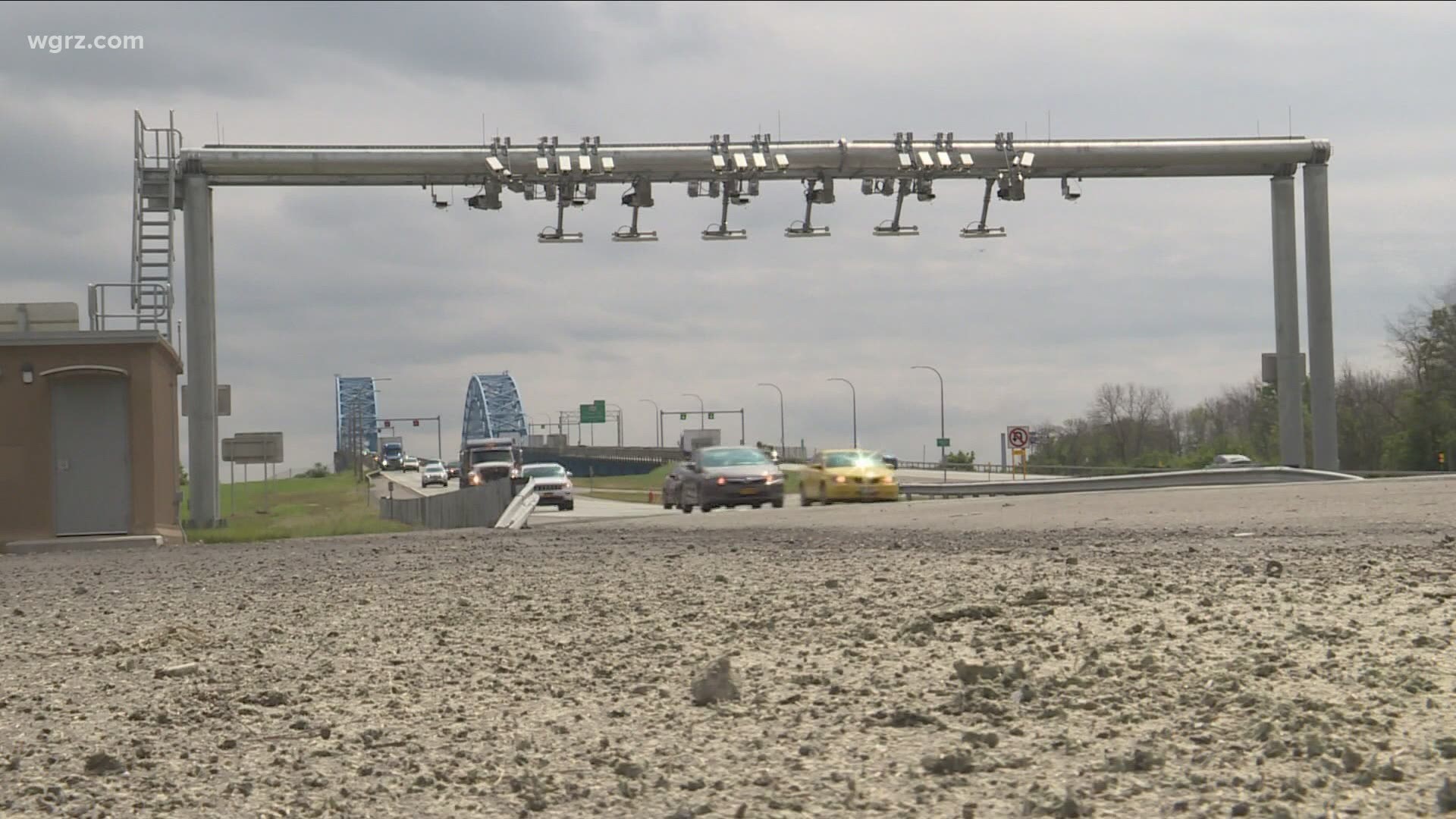 BUFFALO, N.Y. — Many drivers here in Western New York were thrilled to see the toll barriers on the Thruway come down last year.

But they may be less than thrilled to see errors, overcharges, and various other issues with the E-ZPass cashless tolling system.

If you cruise on the Thruway with your E-ZPass tag properly attached, you're probably confident the cashless tolling system is accurately reading your tag number and charging the proper toll.

But if you're passing under the electronic toll readers on the overhead gantry where the Lackawanna toll barrier used to be, you might want to check your online account or your mailed statement.

I did and noticed that instead of the standard 13-cent toll, it jumped one day in April to $3.87 because my license plate was recorded and not my E-ZPass tag on my windshield.

And I'm not alone and that's not the only issue. A posting on our WGRZ Facebook page drew over 300 comments and counting, and the same with emails sent to my station account. Many of those responding had the same story from the Lackawanna tolls.

2 On Your Side checked in with some folks who contacted us, such as Patrice, who saw her account replenishment amounts charged to her credit card really jump. She told us: "Usually I go $25, and that lasts me for two or three weeks. So all of a sudden, I'm like. 'Oh my gosh, my tolls are $50 a week, so what's going on?' "

And others who contact E-ZPass at 800-333-8655 say it's not easy to get through or get their issue corrected. Ron told us he found two mistakes on his bill.

"Because of those two charges, it deleted my account below the $10 threshold and then replenished with my credit card and added that on. So that's money that's being spent that really doesn't need to be spent, all triggered because of this overcharge that they've applied to my account twice," he said.

"I called last week, and they said it would credited and corrected to my account, and it didn't happen. Called a second time and talked to a gentleman at E-ZPass, and he told me the same thing. I gave him the same information, and it's still not corrected," he said.

While that's frustrating, it's minor with some folks claiming much more in overcharges, and a trucking company claiming thousands for their truck fleet.

2 On Your Side sought answers from the Thruway Authority, which eventually did send this statement:

"A technical issue was detected on an E-ZPass reader at the exit 55 (Lackawanna) cashless tolling gantry in April. As soon as we were made aware of this, the equipment was immediately repaired. The Thruway Authority is working with the E-ZPass Customer Service Center to identify and correct any charges to impacted customers. We encourage all E-ZPass and Tolls by Mail customers to check their bills and contact the E-ZPass customer service center at 800-333-8655 if they notice any discrepancies.”

Yet some people contend they are still seeing overcharges and other issues in different locations.

Also, there are other issues for people with rental cars and differing vehicle heights. We'll see what we can find out in those situations in days to come.