Over 200 toll booths have been removed on the Thruway, but you still have to pay for using the 90. 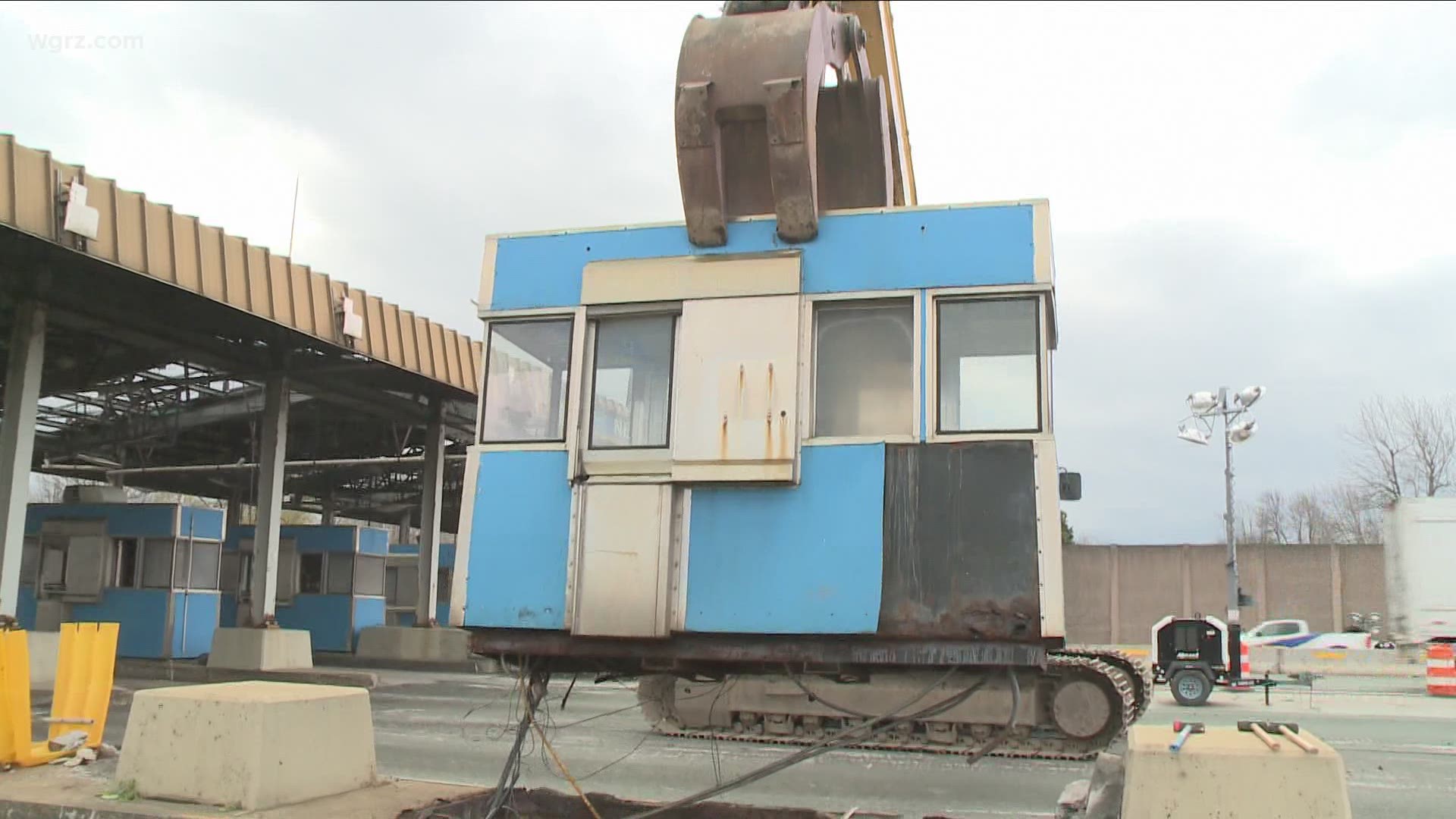 BUFFALO, N.Y. — It's been in the works for the past three years. And with the start this past weekend of total cashless or electronic tolling for the Thruway, the infamous Williamsville and Lackawanna toll barriers will no longer be toll barriers with all the traffic congestion. It's all above motorists now with cameras and recording information on elevated gantries.

Toll booths are now becoming relics of the past for the New York State Thruway.

Monday morning Lt. Governor Kathy Hochul, among others, were wielding sledge hammers instead of the obligatory shovels used as groundbreaking photo opportunity props. But minutes later there was the real money shot as an excavator's claw grabbed the toll both for disposal or recycling. That again signaled the overall removal process of the Williamsville toll barrier.

Actually, over 200 of the toll booths are going the way of the traditional telephones, which were also plucked from the booths before they met their fate.

Thruway Executive Director Matthew Driscoll also pointed out that this is now, "Seamless transportation. More efficient for the traveler. But here, as people in Buffalo certainly know well, in this region a lot of congestion has taken place at this particular location. The emissions will be removed. We won't have that negative impact on the environment that we've seen here for decades."

Of course with the removal of the toll booths, you have to remember that you still have to pay to use the Thruway and that is why they are still really pushing E-ZPass.

"About 77 percent of our customer base for the Thruway now have EZ- Pass," Driscoll said. "And we continue to message to people about the importance of getting an E-ZPass. It's the best way to travel. It's the cheapest way to travel. And we encourage people to get an E-ZPass. Because starting in January of 2021 if you don't have E-ZPass and you use the toll by mail rate — then you will see a 30 percent increase with then tolls by mail rate."

One final note about the people who actually staffed those now obsolete booths. We are told the 1,100 toll collectors — 200 full time, 900 part time — have for the most part found other state jobs or been helped with skills training or other job placement programs by the Thruway Authority.