15-year-old Brianna Collichio was born with cystic fibrosis and hopes her journey on the show will inspire others who have their own setbacks. 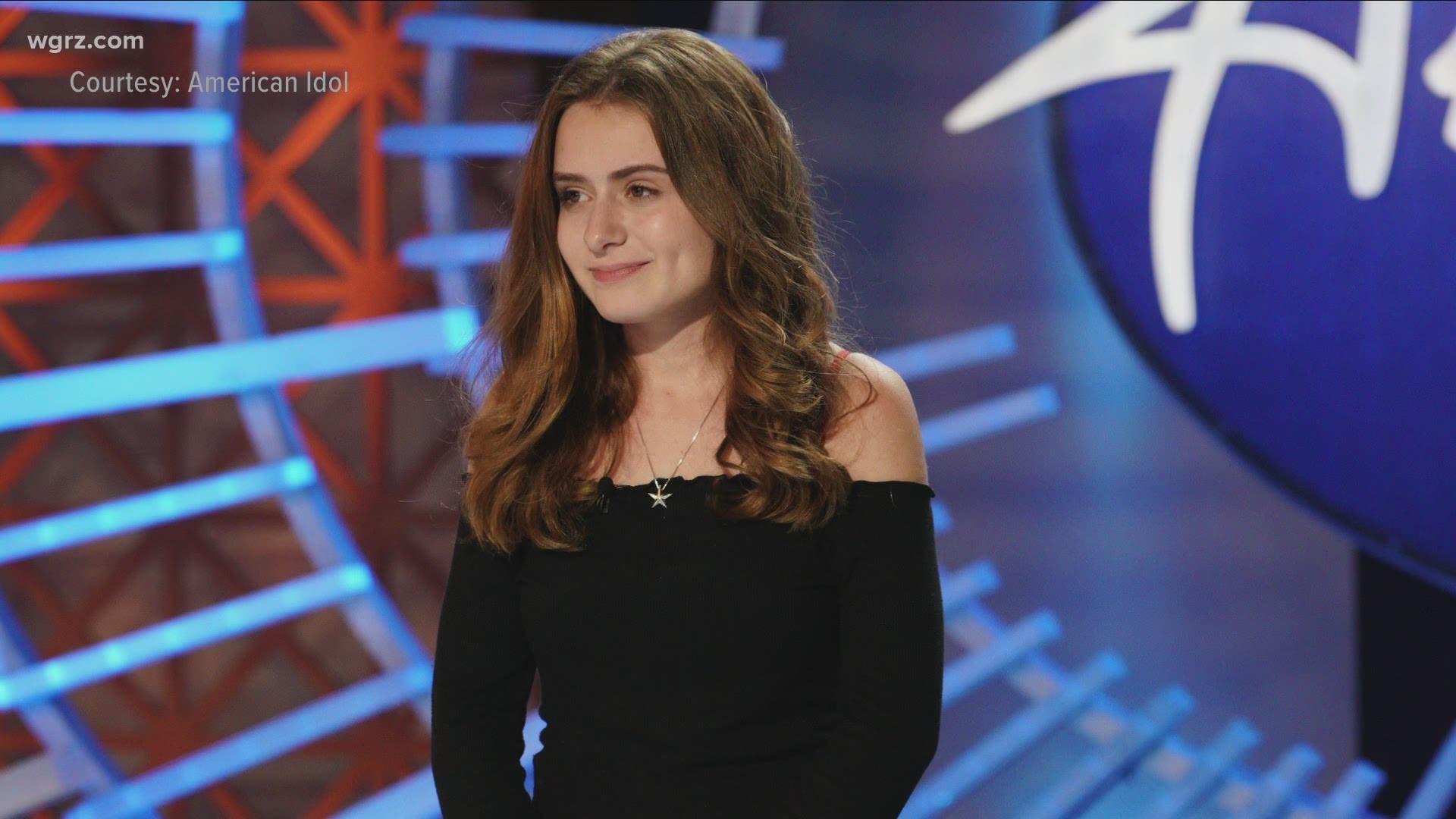 SPENCERPORT, N.Y. — Most of us only learn to talk after we're born but that's also when Brianna Collichio found her tune.

"If I could talk, I could sing," Collichio said.

With some pretty strong pipes, it's no wonder she started singing publicly at the age of 6, or that her sister Sentina wanted to share Brianna's talent with the rest of the world.

Sentina posted the video below to TikTok.

"I was like there's no way this is going to go viral but I was like, if it goes viral, then I will audition for 'American Idol,' " Collichio said.

More than 1 million views later, the 15-year-old from Spencerport had a promise to uphold.

However, the day before her audition, Collichio ended up in an emergency room, a place she's all too familiar with because she was born with cystic fibrosis, which causes chronic lung infections.

Brianna needed surgery and wasn't going to make the audition, at least not without the help of Sentina again.

"She took some videos of me singing in the hospital, and she put it on her TikTok and explained the situation, and asked if people would tag 'American Idol' to see if maybe they would give me a private audition," Collichio said.

"American Idol" reached out, letting Brianna know she would have an audition no matter what. That's despite having to postpone it two more times due to additional surgeries.

"I've been held back from doing normal things, but I think God is allowing me to do things now that other people really don't do, like 'American Idol,' " Collichio said.

She finally got to sing in front of the judges, and now she's going to Hollywood.

"Standing in front of the judges, it felt like the closing of a story. I felt like I finally was where I needed to be," Collichio said.

Whether she becomes the next American Idol or not, that's not this fighter's main goal. She didn't let her disease stop her, and she wants others to remember that too.

"I've always wanted to inspire but I didn't actually realize I really did," Collichio said. "That's the most amazing thing about American Idol. Whether I make it to the end or not, I already feel like I've won."

As long as she's able to share her tune with the rest of the world, and lift others up, she's proving what it really means to be an American Idol.