Weather permitting, artist Tim Martin hopes to have the mural completed in the next couple of weeks. 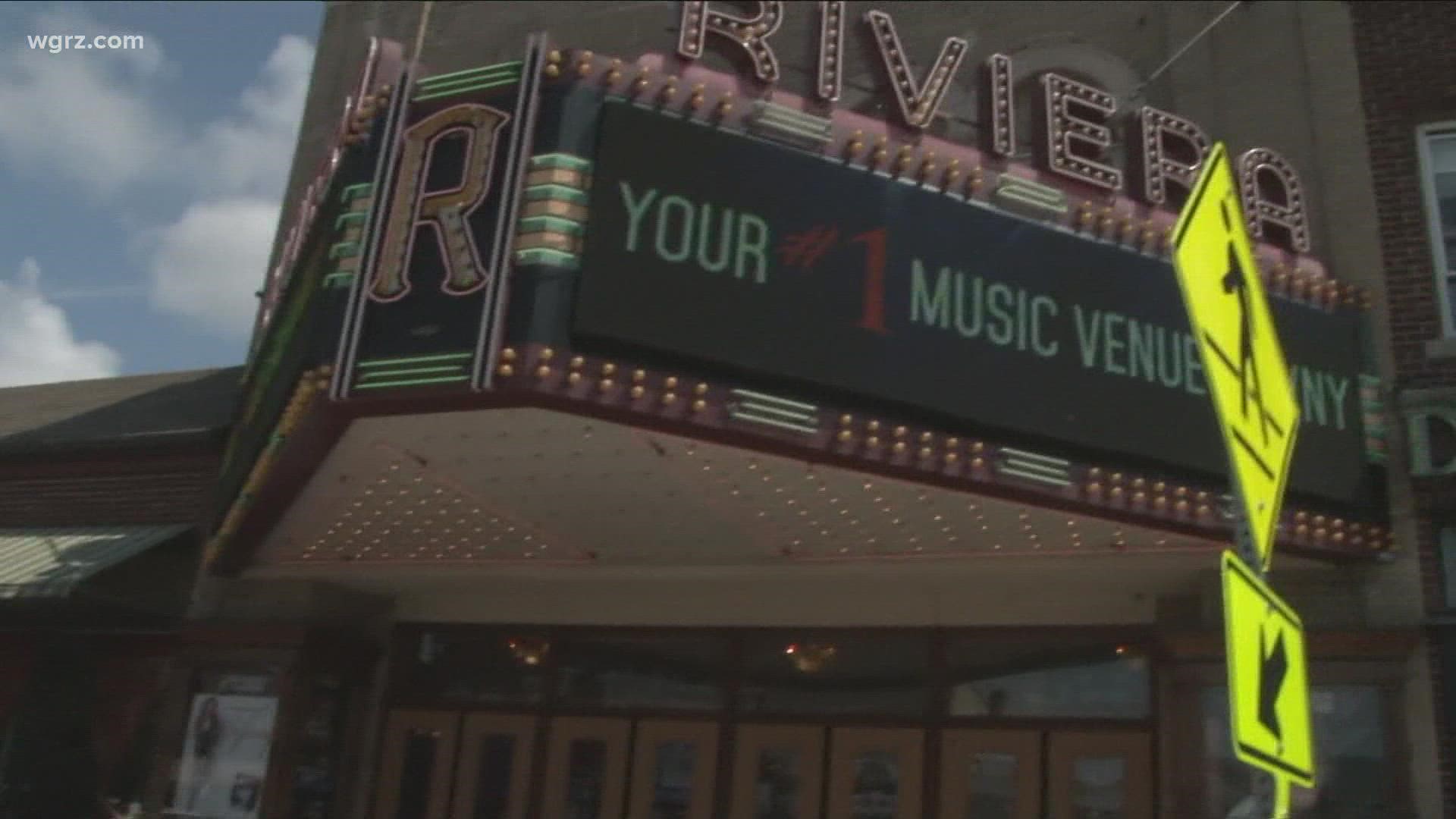 NORTH TONAWANDA, N.Y. — One thing is for sure, if you drive through North Tonawanda you really can't miss the Riviera Theatre.

It was built in the mid-1920's and it's been known as the showplace of the Tonawandas. It's been a place that has changed over the years, adapting to changing tastes and trends in entertainment.

A physical change is happening to the building right now, as the mural on the side of the building is getting a big makeover.

"It started almost 30 years ago and the original design which a lot of people have seen, I painted 30 years ago, and never finished," said mural artist Tim Martin. "And now we're getting the opportunity to fix it."

Weather permitting, Martin hopes to have the mural completed in the next couple of weeks.

And we have to brag about Martin for a second, he's the only Western New Yorker who has been recognized internationally for his work by the International Decorative Painter's Salon. So yeah, he's kind of a big deal!