Heavy rains cause flooding across WNY

Ponding on roadways could make for dangerous driving conditions. 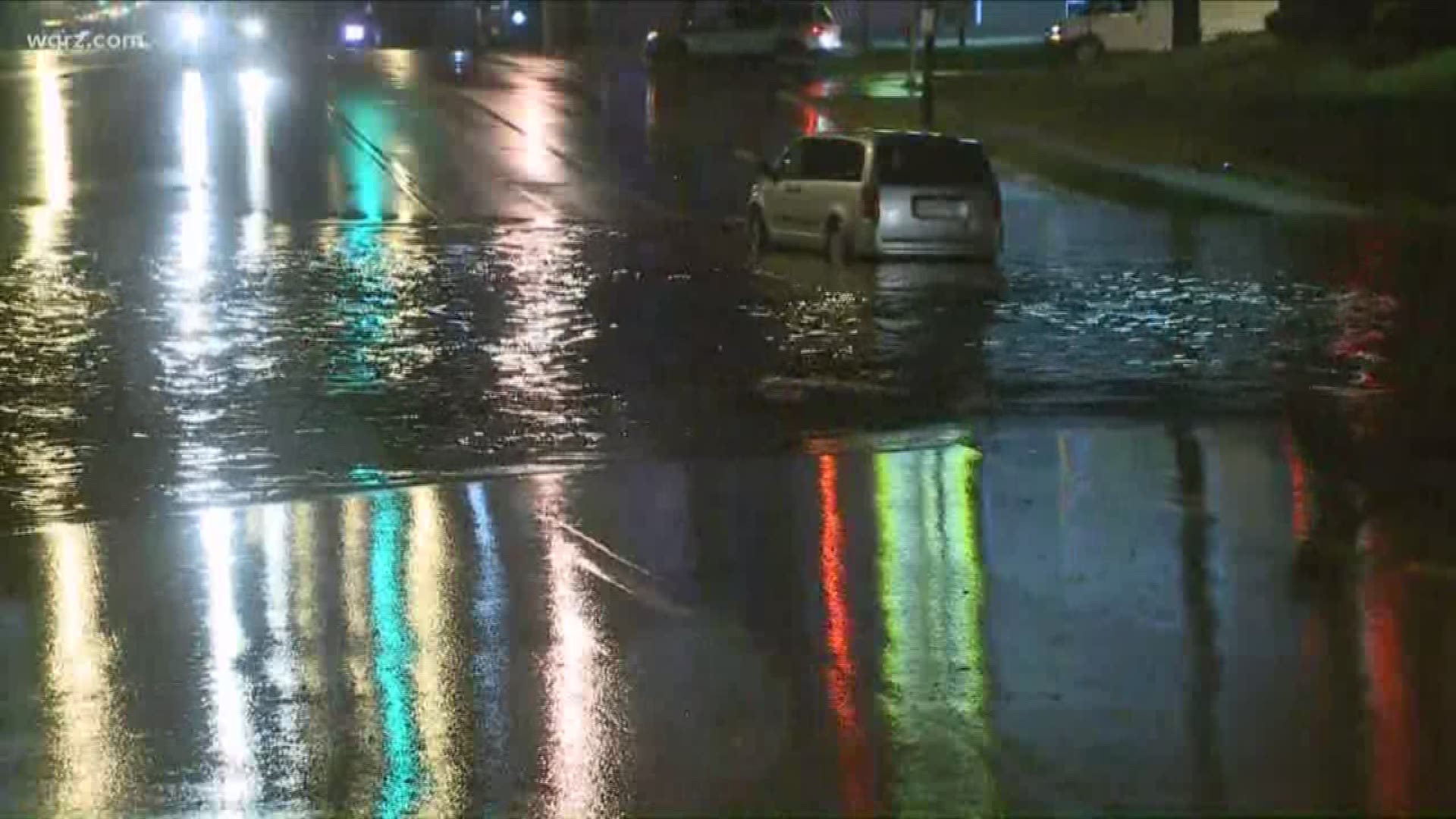 BUFFALO, N.Y. — Heavy rains caused major flooding on roadways and in homes across the City of Buffalo and northtowns.

Several roadways in Buffalo and the Tonawandas were flooded.  An estimated 2"-3" of rain fell in these areas overnight.

Drivers who thought they could drive through flooded underpasses were either forced to turn around, or got stuck in the high waters.

A deluge of rain passed over the most populated areas of WNY between 3am and 5am. Flooded roads and disabled vehicles are most numerous in northern Buffalo and the northern suburbs.

Several roadways were closed during the storm due to the flooding.  Many have reopened.

Kenmore Avenue is closed from Ontario Street to Military Road

I-190N at Ogden Street:  Left lane is closed due to flooding 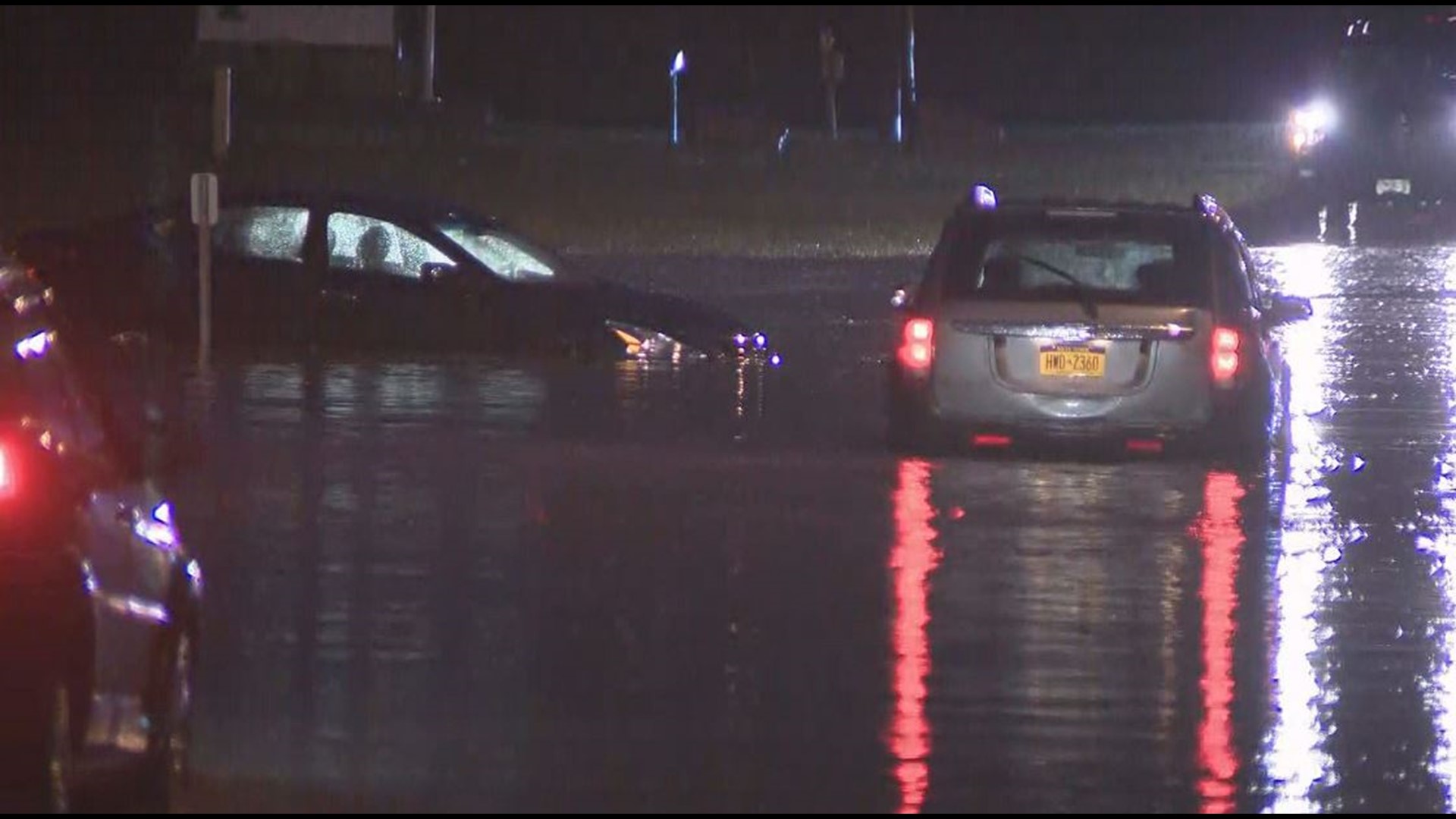 There were a few power outages in Clarence and Kenmore.  Power has been restored to most customers. 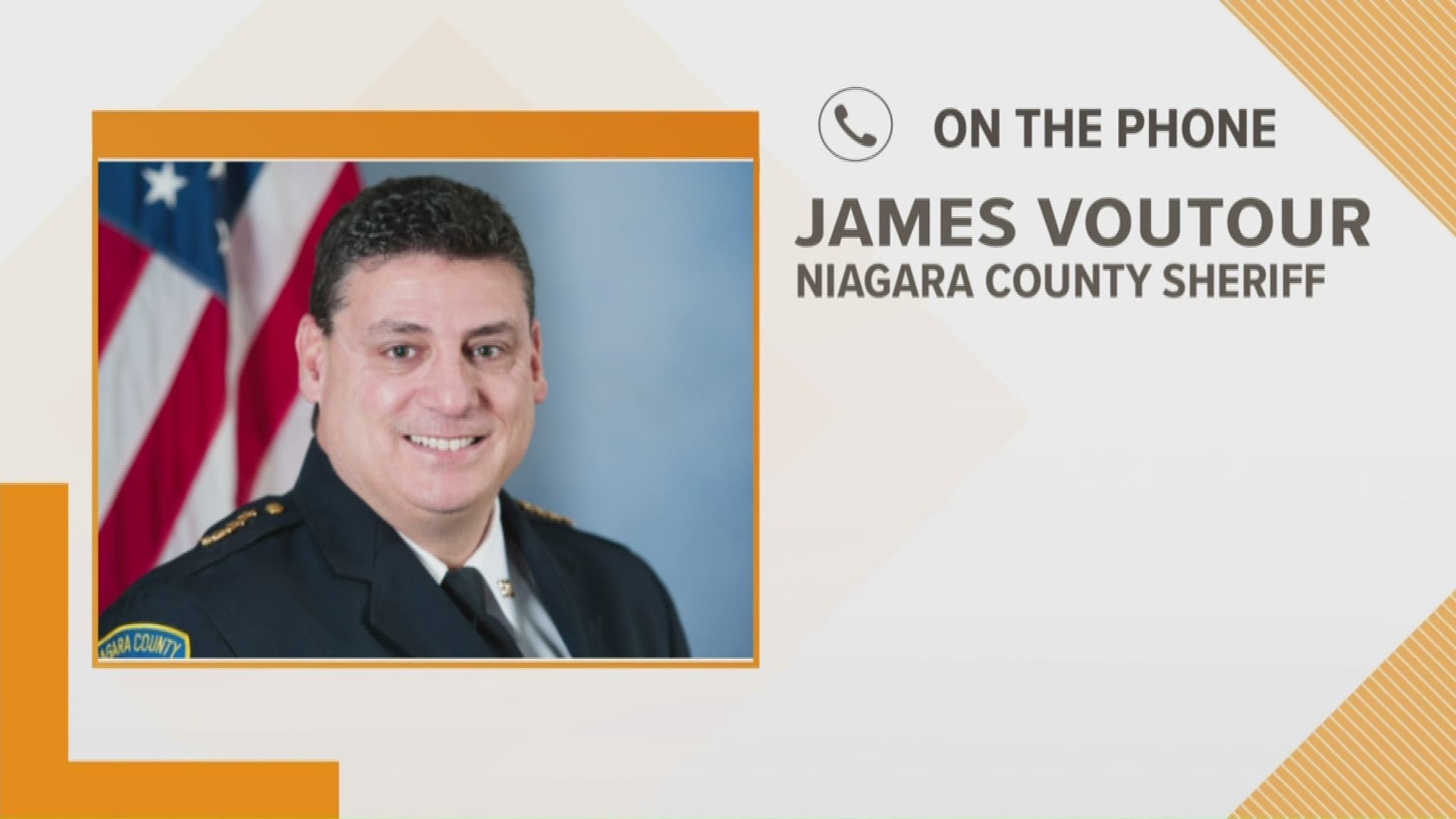 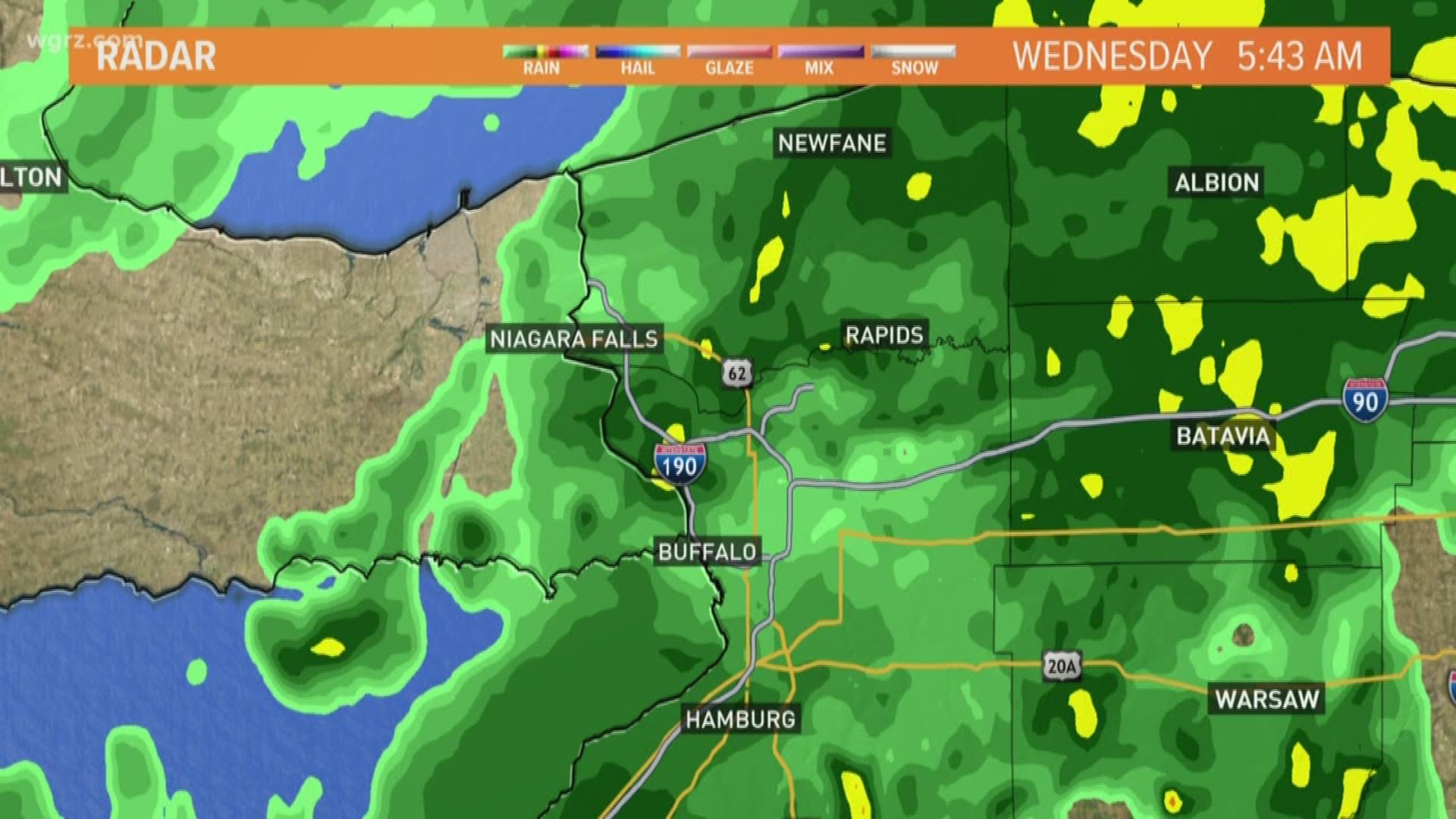 The day will have a lot of "dry time" with intervals of showers. A high of 81. A prolonged stretch of beautiful weather including cooler and less humid conditions will then set in from Thursday through the upcoming weekend. Winds behind this front will prompt a Lake Shore Flood Watch for Niagara and Orleans co. until 2 pm Thursday 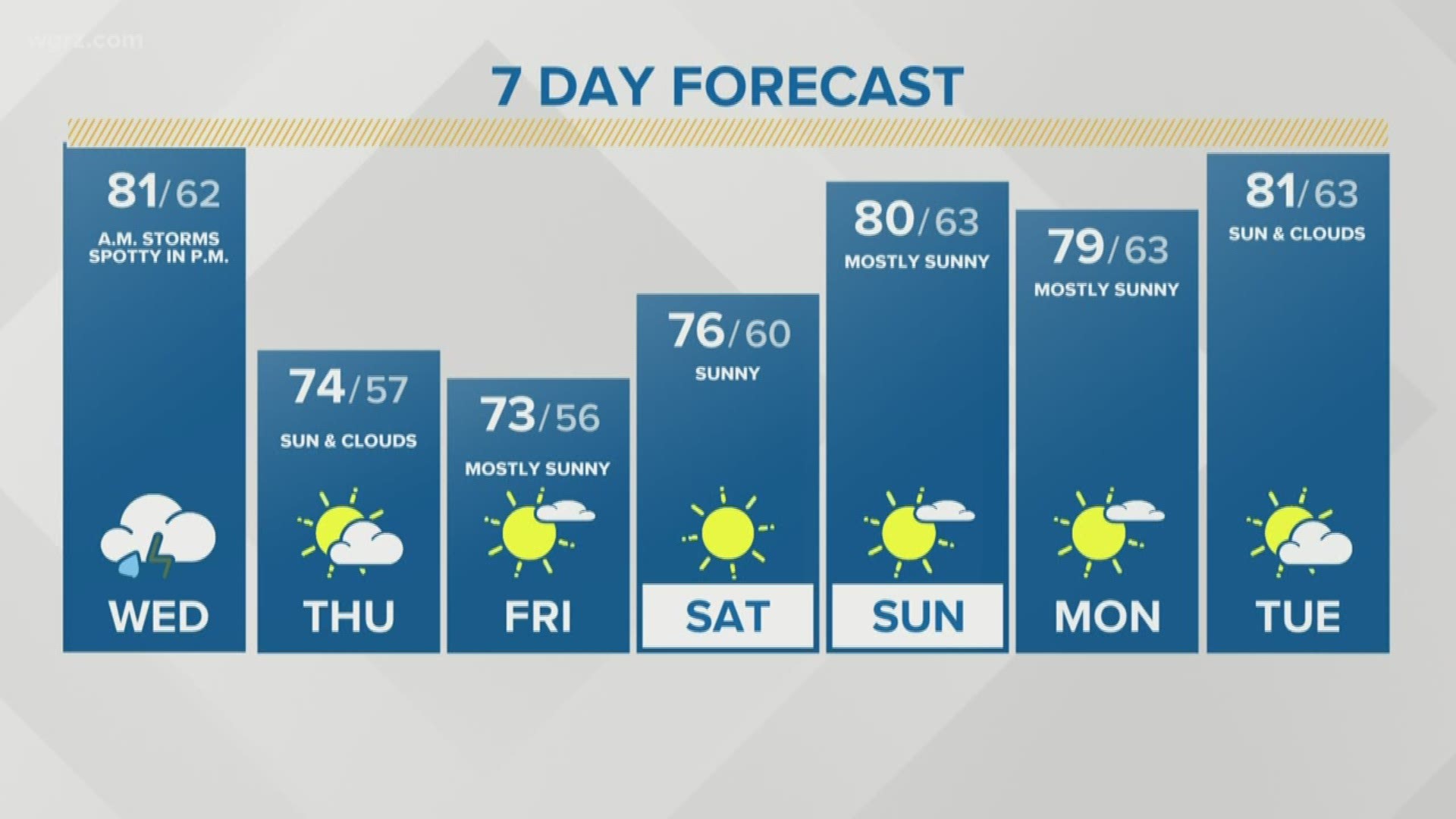 RELATED: Road closures due to flooding