Flooding in Lockport and other parts of the county prompted officials to declare a State of Emergency Tuesday evening. 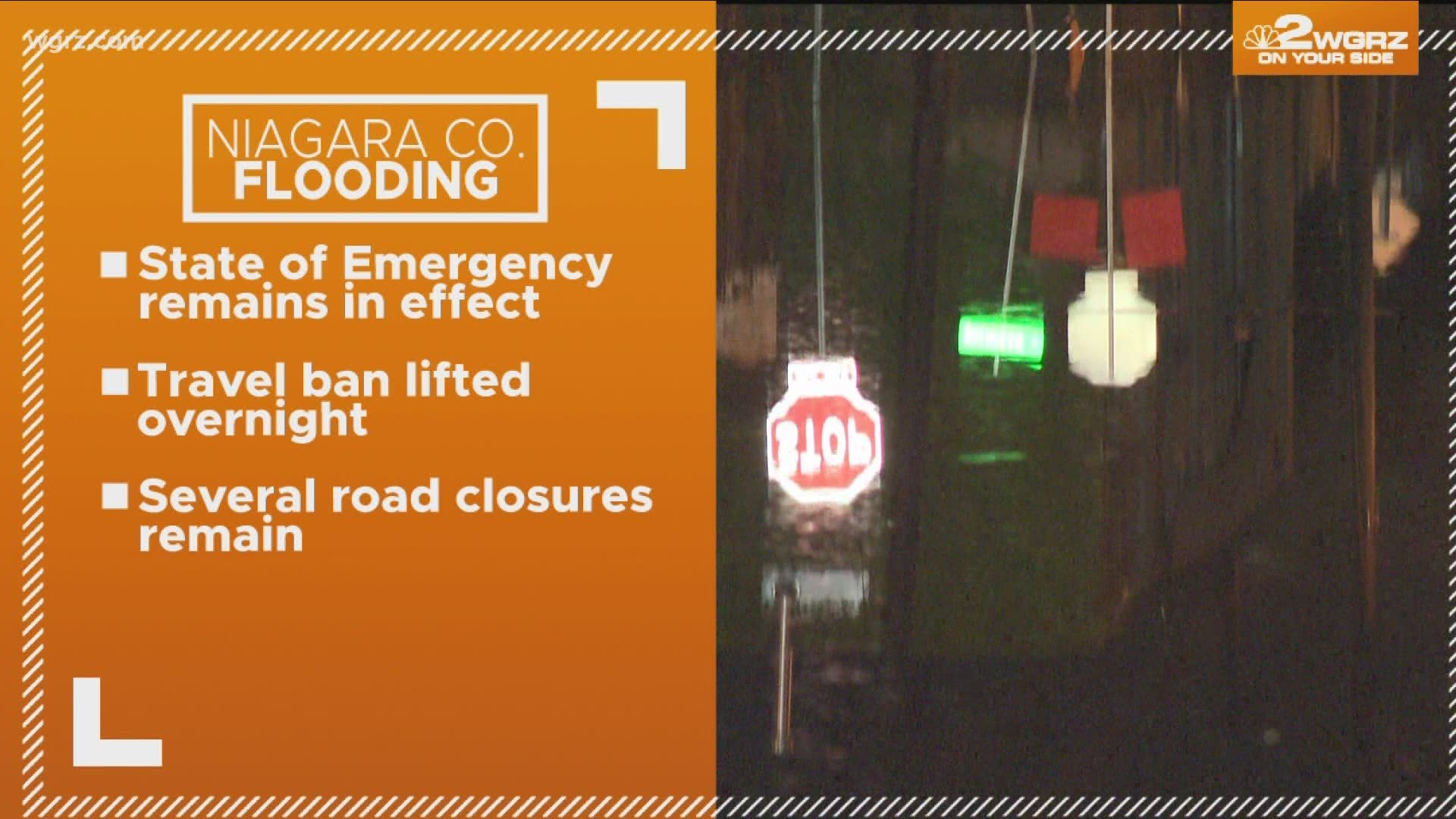 NIAGARA COUNTY, N.Y. — UPDATE: The travel ban in Niagara County was lifted at 1:00 a.m. on Wednesday, July 21. Officials warn that roadways may still be flooded, and ask that drivers use caution while traveling.

The State of Emergency remains in effect in Niagara County as clean up efforts begin.

Please use caution throughout the severe weather event passing through Niagara County. The Sheriff's Office has received reports of flooded roads, downed limbs and damaging hail countywide. Limit travel throughout the storm if possible https://t.co/UQ0gUwpRLg

Throughout the evening Tuesday, 2 On Your Side crews saw several cars stuck on flooded roadways.

Bill Anterline of Lockport said Saturday was bad with flooding, but Tuesday night was the worst he’s ever seen it.

Anterline said it only took about 20 minutes for the flooding to occur.

His concern now is that another storm will come through and this will happen all over again.

2 On Your Side spoke to Mayor Michelle Roman with the City of Lockport Tuesday evening. She said no system could have handled this amount of rain especially since the ground was already saturated.

She also said crews are out working to get the situation under control and urged residents to avoid driving through standing water.

Tuscarora Road, between Niagara Falls Boulevard and Porter Road in the Town of Niagara, is closed as well. The Niagara County Sheriff's Office says it will be closed until Thursday due to flooding.

Route 31 has reopened in both directions at the I-190.

Click here for the latest weather updates in your area.

Tuscarora Road between Niagara Falls Boulevard and Porter Road in the Town of Niagara will be closed until tomorrow 7-22-2021 due to flooding. https://t.co/UQ0gUwpRLg