The game on Saturday night is a huge early season road test for the University at Buffalo football team. 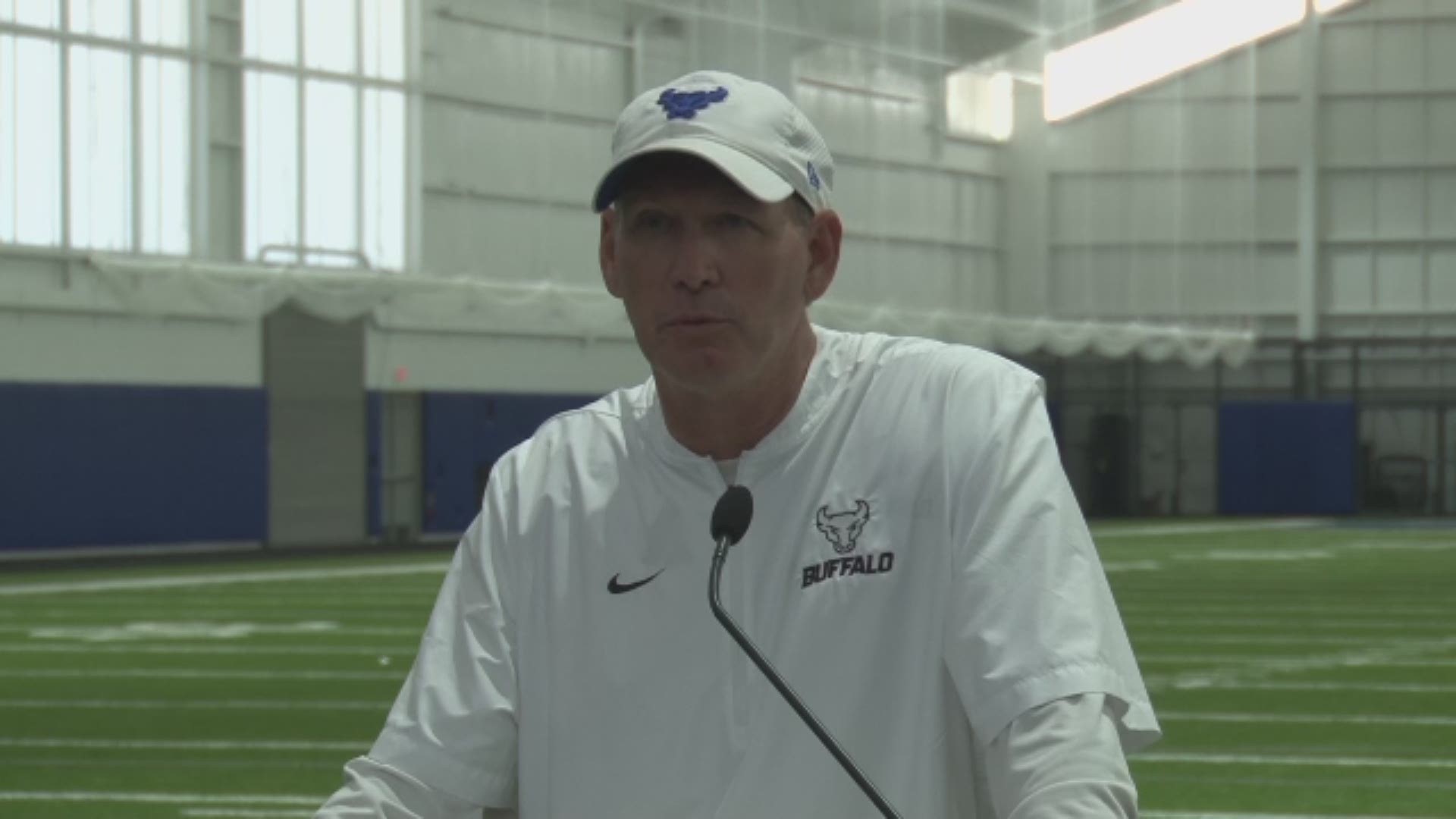 AMHERST, N.Y. — The University at Buffalo football team will travel to Penn State for the second game of the season Saturday night. The Bulls are coming off a season opening win against Robert Morris. UB with a 38-to-10 win over the FCS program.

Penn State also opened its season against an FCS opponent. The Nittany Lions wiped out Idaho 79-to-7.

UB is a huge underdog. The Bulls start redshirt freshman Matt Myers at quarterback. If Myers is at all intimidated by playing in front of more than 100 thousand fans he isn't saying.

"Its just another game of football," Myers said. "There's going to be a difference of crowd that I haven't played in front of before but at the end of the day its still football. So, can't get too high, can't get too low and just play my game."

The Bulls have been preparing for this game for awhile by using silent counts, piping crowd noise into practice and working on their communication. Head coach Lance Leipold says its an opportunity for his team in a challenging environment.

"Most of our players probably dreamed probably dreamed that they were going to be recruited by a power five school," Leipold said. "For whatever reason they weren't. Ok, well now you have a chance, just like when we went to Rutgers, just like we went to Minnesota, you have a chance to line up against the guy who got the scholarship you didn't get. And hopefully that's a good way for you to motivate yourself, prepare yourself, and play with great intensity and effort."

Not only will be the Bulls be playing in front of a huge crowd, they will also play in front of a national television audience. The game is being broadcast on FOX Sports.

Kickoff is scheduled for 7:30 Saturday night.

RELATED: Here's everything you need to know for UB's home opener