Hawerchuk had been battling stomach cancer. He was 57 years old. 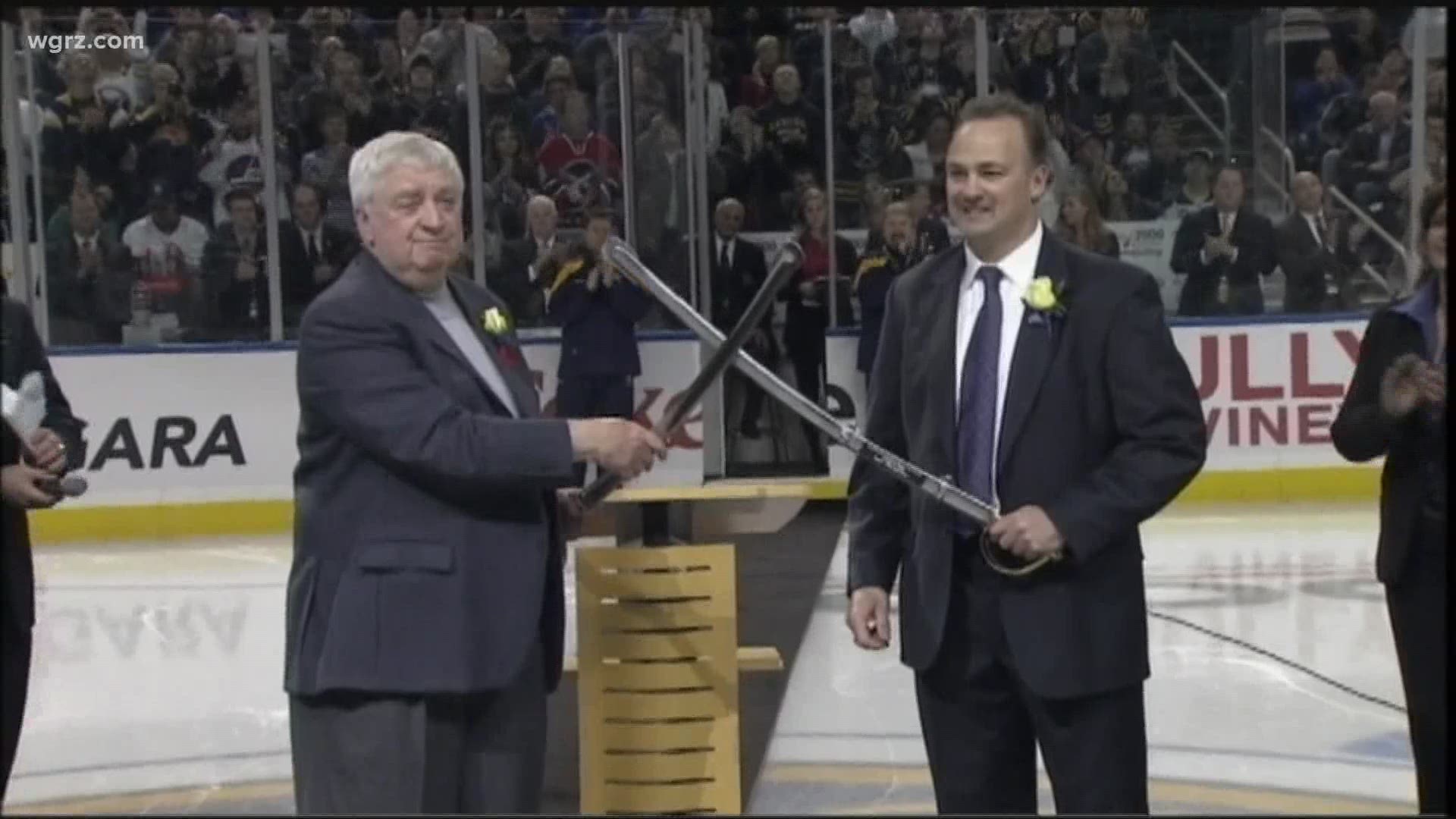 Hawerchuk had been battling stomach cancer. He was 57 years old.

He began his career with the Winnepeg Jets before playing with the Sabres from 1990-1995.

The Buffalo Sabres issued this statement:

The Buffalo Sabres are saddened to hear of the tragic loss of one of the team’s all-time greats, Dale Hawerchuk.

As we mourn Dale, we reminisce on the wonderful memories he brought Sabres fans during his five seasons in Buffalo.

We’d like to send our heartfelt condolences to Dale’s wife, Crystal, and the entire Hawerchuk family during this difficult time.

NHL Commissioner Gary Bettman issued this statement on behalf of the league:

“The National Hockey League mourns the passing of Dale Hawerchuk, an instant and enduring star who captured the hearts of two hockey-loving cities, represented his country with class and distinction, and is one of the most decorated players in our game’s history.

“A prodigy almost from the moment he first donned skates in his native Toronto, the precocious Hawerchuk immediately dazzled at every level – from a legendary performance at the Quebec Pee Wee Tournament to leading Cornwall to his first of two Memorial Cup titles as a 17-year-old to being named Memorial Cup MVP and Canadian Major Junior Player of the Year in 1980-81. Selected first overall by Winnipeg in 1981, he won the Calder Trophy to commence a brilliant, nine-season career with the Jets that ultimately led to his No. 10 being honored by both the Jets and Coyotes. For his second act, upon being traded to the Sabres, he produced five superior seasons in Buffalo, where he also is considered a local hero.

“A revered leader whose commitment to charitable causes was tireless, Hawerchuk also was a force on the world stage, playing a pivotal role for Canada in both of its 1987 and 1991 Canada Cup triumphs. Inducted into the Hockey Hall of Fame in 2001, Hawerchuk was in the midst of a similarly successful post-playing career as a coach and director of hockey operations of Barrie of the OHL when he became ill and was taken from us far too soon. We send our condolences to his wife, Crystal; their three children, Ben, Eric and Alexis; and countless teammates and fans who were fortunate enough to see him play and call him a friend.”