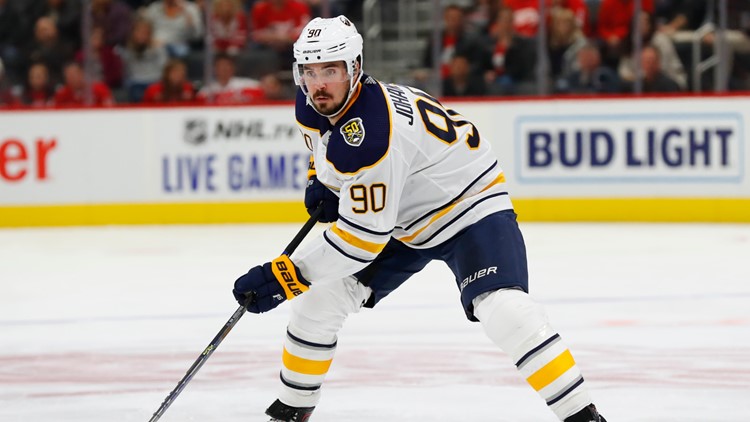 Miller scores in OT to lift Canucks over Sabres 6-5

VANCOUVER, BC — J.T. Miller scored a power-play goal 3:21 into overtime to lift the Vancouver Canucks over the Buffalo Sabres 6-5.

Buffalo's Marcus Johansson scored with 59 seconds left and his team’s goalie pulled in the third period to tie it at 5, but Miller scored his 13th of the season off a pass from rookie defenseman Quinn Hughes in OT.

The Sabres thought they had scored in overtime, but the goal was disallowed because of a delayed penalty interference penalty to Henri Jokiharau.

Miller scored on the ensuing power play. Antoine Roussel and Josh Leivo had two goals each for the Canucks.