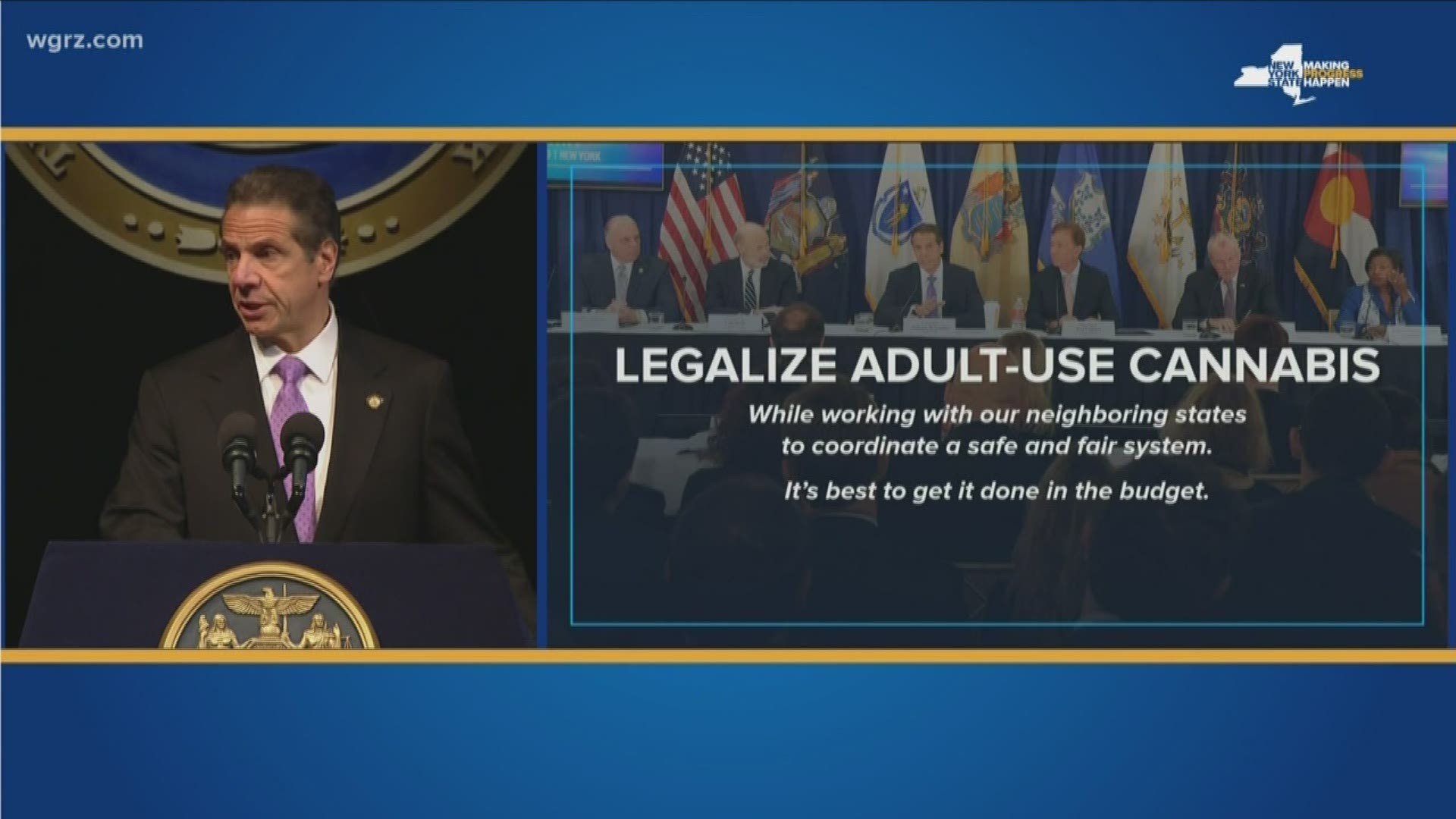 NEW YORK — In Governor Andrew Cuomo's 2020 budget proposal, he announced his goal to legalize adult use cannabis. He said, "I believe it is best done in the budget ... I believe the budget is the opportunity frankly to make some tough decisions and work through tough issues that without the budget can often languish."

The announcement didn't come as surprise to members of the legislature. After all, the governor wanted to legalize recreational marijuana last year, but the effort came up short.

One of those people is State Senator Pete Harckham from Downstate New York. Last year, he wasn't in favor of the idea, but after doing further research on the issue, he says this year, he'll be a "yes."

Harckham traveled to Massachusetts to meet with members of law enforcement, school officials and community leaders. He also visited a dispensary.

"A couple of the things we learned was that on weekends as many as 50 percent of the cars can be from New York, so we're losing a lot of tax revenue for sure," he said. "The main thing we learned is that the sky is not falling."

Harckham added, "The question is, what do we do with the revenue? That's really the last piece of this that needs to be resolved. I support the Krueger Bill where 25 percent goes to treatment, prevention and education."

Those details still need to be worked out. Even if legalization passes as a part of the budget, lawmakers say it will be a while before the state makes any money off it.

"Once we legalize adult use, it's gonna take us at least 18 months before there's a regulatory process in place that would identify what potential revenues could be and what their uses could be," said Peoples-Stokes.

Another difference this year compared to last, Cuomo hired Norman Birenbaum as the state's director for Cannabis Programs.

The governor also wants to create a five person control board to oversee the Office of Cannabis Management.

A statement from the state reads:

"Governor Cuomo has proposed a nation-leading regulatory structure to regulate and control adult use marijuana to ensure displacement of the illicit market, safeguard public health and safety, and encourage participation by communities and stakeholders that have been disproportionately impacted by the war on drugs.”