It was revealed Tuesday that at least 45 "X-LITE" guardrail end terminals remain on New York's roadways, on the same day the State Senate passed legislation to ban the device following safety concerns. 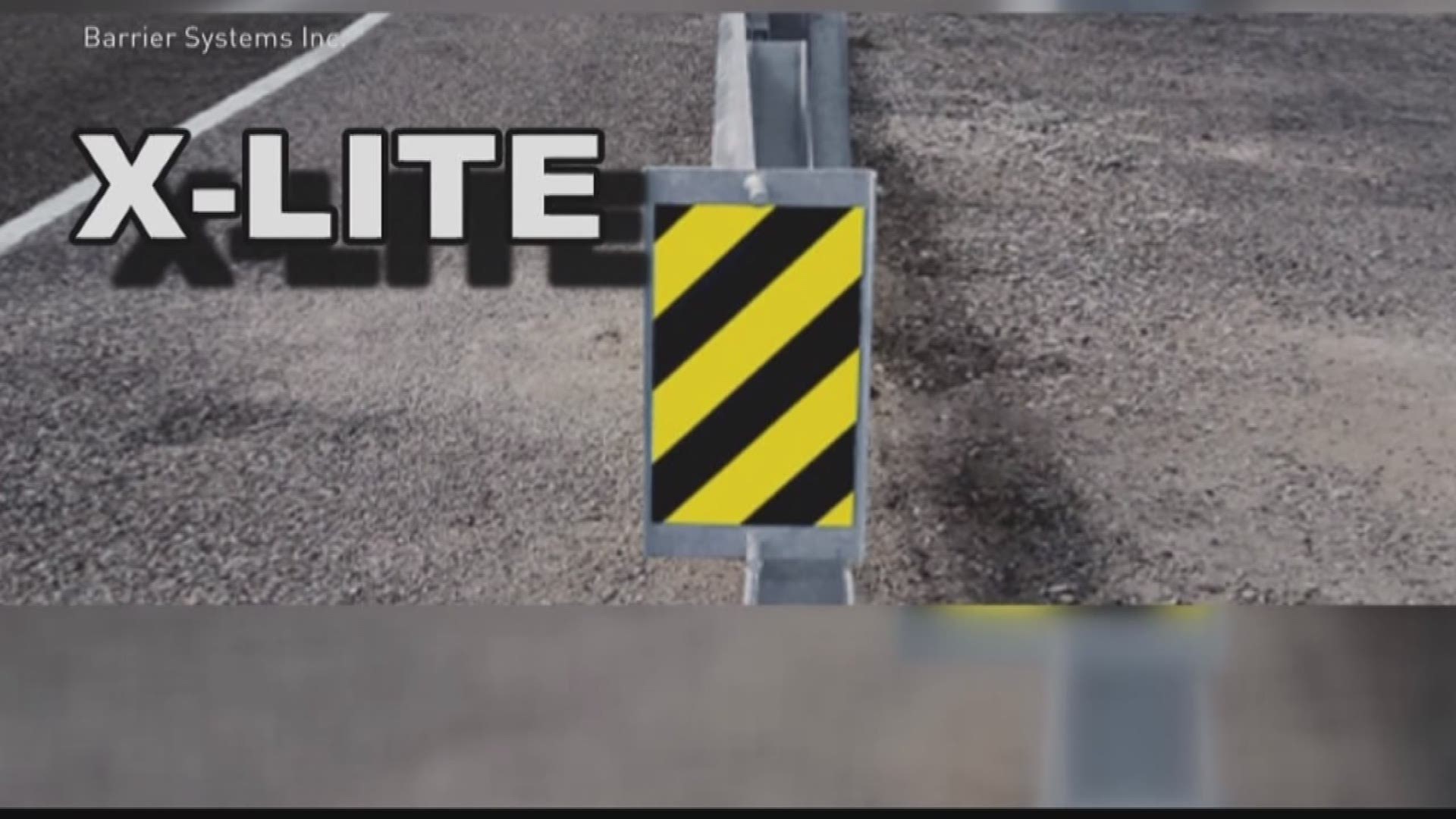 BUFFALO, N.Y. - At least 45 "X-LITE" guardrail devices remain on the roads in New York, according to the state's Department of Transportation, even though the equipment has been temporarily removed from the state's approved list of materials as questions continue to mount about the product nationwide.

NYSDOT confirmed that number after State Senator Cathy Young (R-Olean) revealed it in a news conference in Albany on Tuesday morning, marking the first time the department has publicly provided data on how many X-LITE guardrail end terminals have been installed in this state. The X-LITE terminal has been blamed for multiple traffic deaths in other states, including 17-year-old Fredonia native Hannah Eimers, who died after her car crashed into the device in East Tennessee last November.

On Tuesday afternoon, only hours after the news conference, Senator Young's legislation related to the X-LITE unanimously passed the Senate floor. The first bill, co-sponsored by Senator Tim Kennedy (D-Buffalo) and Senator Michael Ranzenhofer (R-Amherst), would prohibit the installation of the X-LITE on any state or local highway. The second bill asks NYSDOT to "study and report on the removal and use" of the X-LITE device.

The bills now head to the Assembly, where Assemblyman Ryan (D-Buffalo) is sponsoring the legislation.

"Hopefully we'll work very quickly to resolve this situation," Ryan said, "to make it so we don't have another senseless tragedy."

Eimers has become relentless in identifying X-LITE products across the country, and he said a friend of his found X-LITE terminals installed as nearby as Bath, N.Y., on Interstate 86 in Steuben County. Although Senator Young and NYSDOT have confirmed at least 45 devices in the state, it's still entirely unclear how many more may exist, not to mention where they may be installed.

"We don't have any idea how many local governments have purchased these products," Young said, "and that's why we want a study done, to determine where they are, how many, and how many need to be replaced."

The Federal Highway Administration requested information from all 50 states about the X-LITE guardrail end terminal, determining that thousands remain on roads across the United States. Some states, including Tennessee, have decidede to physically remove the X-LITE devices from their roadways.

Just last week, a representative from Lindsay Corporation contacted 2 On Your Side with updated information about the X-LITE's status. The company said it is not aware of any fatalities related to the device in the state of New York but acknowledged it is evaluating the product through field incidents. Lindsay Corporation is also communicating with federal and state agencies about their concerns.

However, the company's representative also said that guidance issued by the FHWA "supports X-LITE's qualifications."

"FHWA confirmed that the original laboratory crash testing for X-Lite was performed in accordance with NCHRP Report 350 guidance, and their expert found no notable concerns with the original crash test report. Second, the FHWA examined the preliminary results of the most rigorous in-service data that they have on over 200 crashes, and stated that the ratio of fatality and serious injury per total crashes does not lead to any conclusion that any of the subject end terminals, including X-Lite, are unsafe," according to a statement released by the company.

Stephen Eimers, however, believes the action taken by states like Tennessee, Missouri, Virginia and others should serve as a model for all 50 states. Eimers called again for a federal investigation into the X-LITE device.

"Math is math," he said. "The numbers are unprecedented on this device. They should shock everyone."