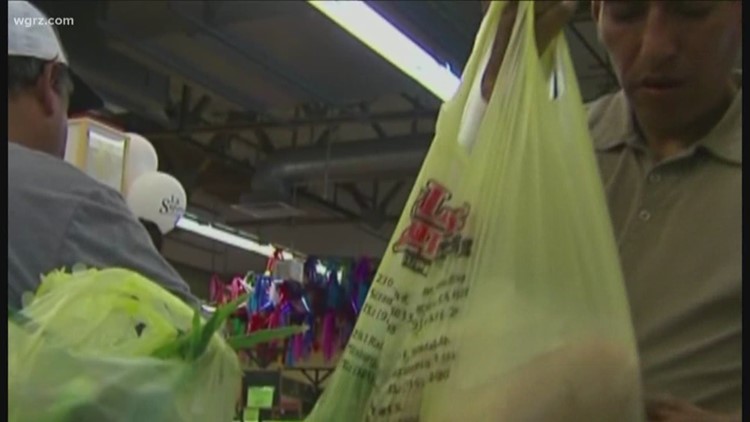 The bottle bill would make most non-alcoholic drink containers eligible for a five-cent redemption, Cuomo said.

"These bold actions to ban plastic bags and promote recycling will reduce litter in our communities, protect our water, and create a cleaner and greener New York for all," the governor said in the statement.

Cuomo said he wants New York to take a lead role among states when it comes to environmental progress.

"In New York we are moving forward with the nation's strongest environmental policies and doing everything in our power to protect our natural resources for future generations," he said.

The idea for a plastic bag ban also came up last April and was shot down in the then Republican lead State Senate. But the measure may have much more support this time around.with complete Democratic control of the State Legislature.

A study cited by Cuomo last year estimated 23 billion such bags were used each year in New York State..

His previous proposal would have carved out some exceptions for use of such bags for items like uncooked meat, fish, or poultry, produce or carry out restaurant food or newspaper delivery.

Some downstate counties charge a nickle fee for each bag to discourage use.

Currently California is the only other state with an outright ban.