Why is the East Eden Road Bridge still closed in Hamburg?

County officials say the work is taking a little bit longer than they planned, but for good reason. 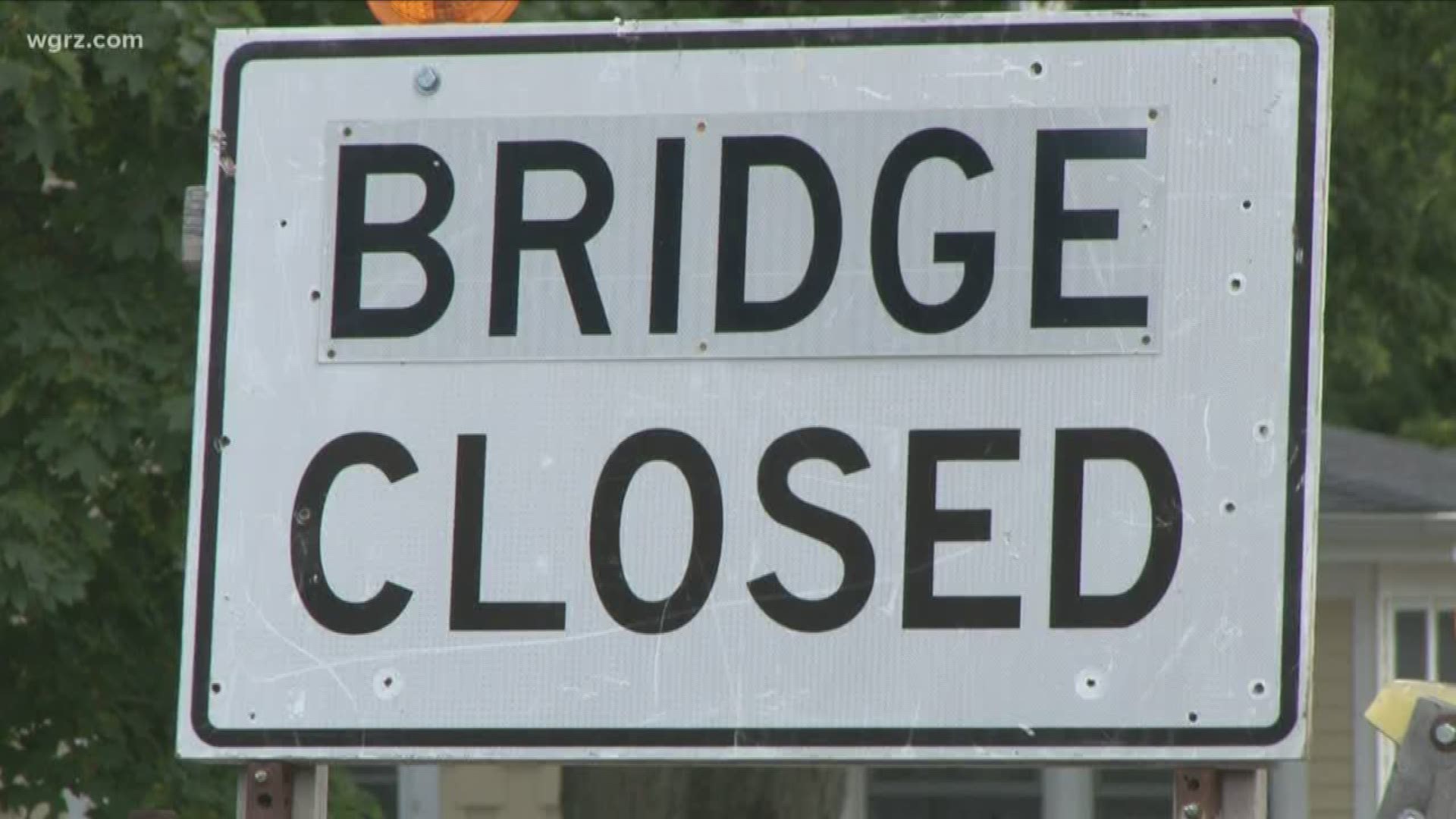 HAMBURG, N.Y. — If you've gone to the Erie County Fair this week or driven through Hamburg, you may have noticed the East Eden Road Bridge is still closed to traffic.

Town officials originally thought it would be done by now.

The bridge on East Eden Road is just about 500 feet from the traffic circle in the Village of Hamburg, and since the end of June, it's been closed for construction.

"The bridge on East Eden, it's a two girder type bridge so we couldn't have traffic on it any time during the process," said Bill Geary, the Erie County Public Works Commissioner.

When the bridge repair project was announced, some of the first questions that came up were, what does this mean for the BurgerFest and the Eden Corn Fest?

While those event coordinators made adjustments to accommodate the potential traffic backups, a spokesperson with the county told 2 On Your Side the project would likely be wrapped up by opening day of the fair.

Well, we're a few days in and the bridge is still closed to traffic.

County officials say the work is taking a little bit longer than they planned, but for good reason.

"We're going through spots taking out some of the concrete, and as we peel it back, there's more and more full-depth reclamation that has to be completed," Geary said.

"So that added a week or two. Truthfully, we're gonna be looking at about eight weeks not the six, but I'd rather it take those extra two weeks and get the best product that we can so we won't have to impact the community again for another 20 years here."

Geary said the steel repairs on the bridge are already done. Now crews are working on the bridge deck itself, replacing a lot of the concrete and some of the curbing.

Drivers coming from the south are suggested to take Eckhardt Road to Route 391 and up to McKinley Parkway.

The commissioner says the detours shouldn't add more than 10 minutes to your drive.

Work on the East Eden Road Bridge is expected to be completed by the end of August before school is back in session.

Effort to paint 'Hamburger' water tower picks up at BurgerFest

Kathy Hochul … and the horse she rode out on