Effort to paint 'Hamburger' water tower picks up at BurgerFest

The group got its tax-exempt status approved by the IRS days ago, and now fundraising season is well underway. 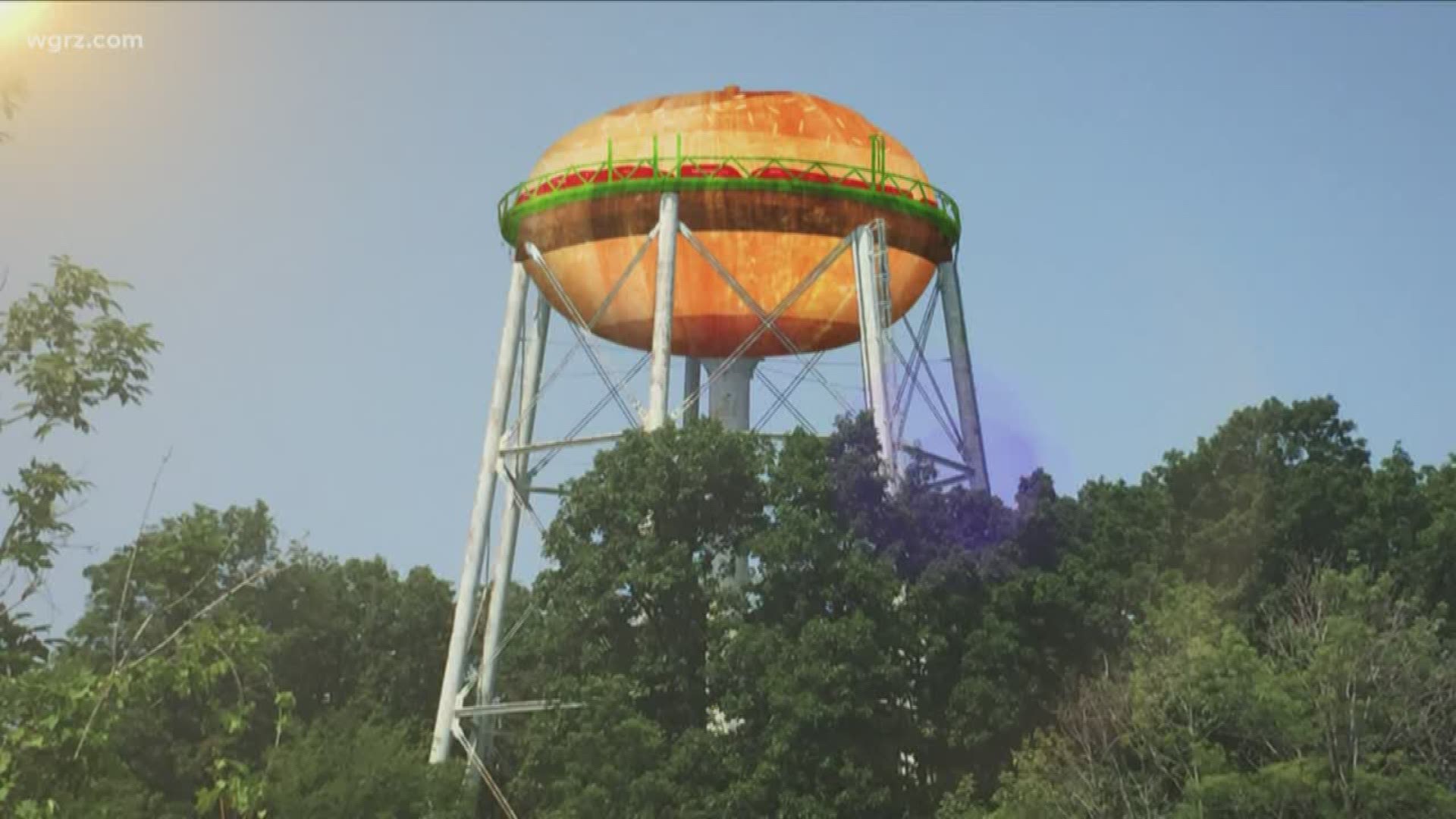 HAMBURG, N.Y. — It's one of America's favorite sandwiches: the hamburger.

There are a lot of rumors as to where the sandwich was first created, but some people believe it was right here in Western New York, at the Hamburg Fairgrounds.

That's part of the back story behind the Hamburg BurgerFest, which was taking place Saturday.

That community is tapping into its unique identity with a project that's meant to catch your attention, and your taste buds, while heading into the Southtowns.

There's a plan to paint the Town of Hamburg water tower into a great, big giant hamburger.

The Burgerfest Vendor Coordinator Sue Ganey said, "As you go around the country you will see ketchup bottles of water towers and peaches of water towers. No reason not to have a hamburger in Hamburg."

But that idea comes with a hefty price tag, an estimated $1 million. 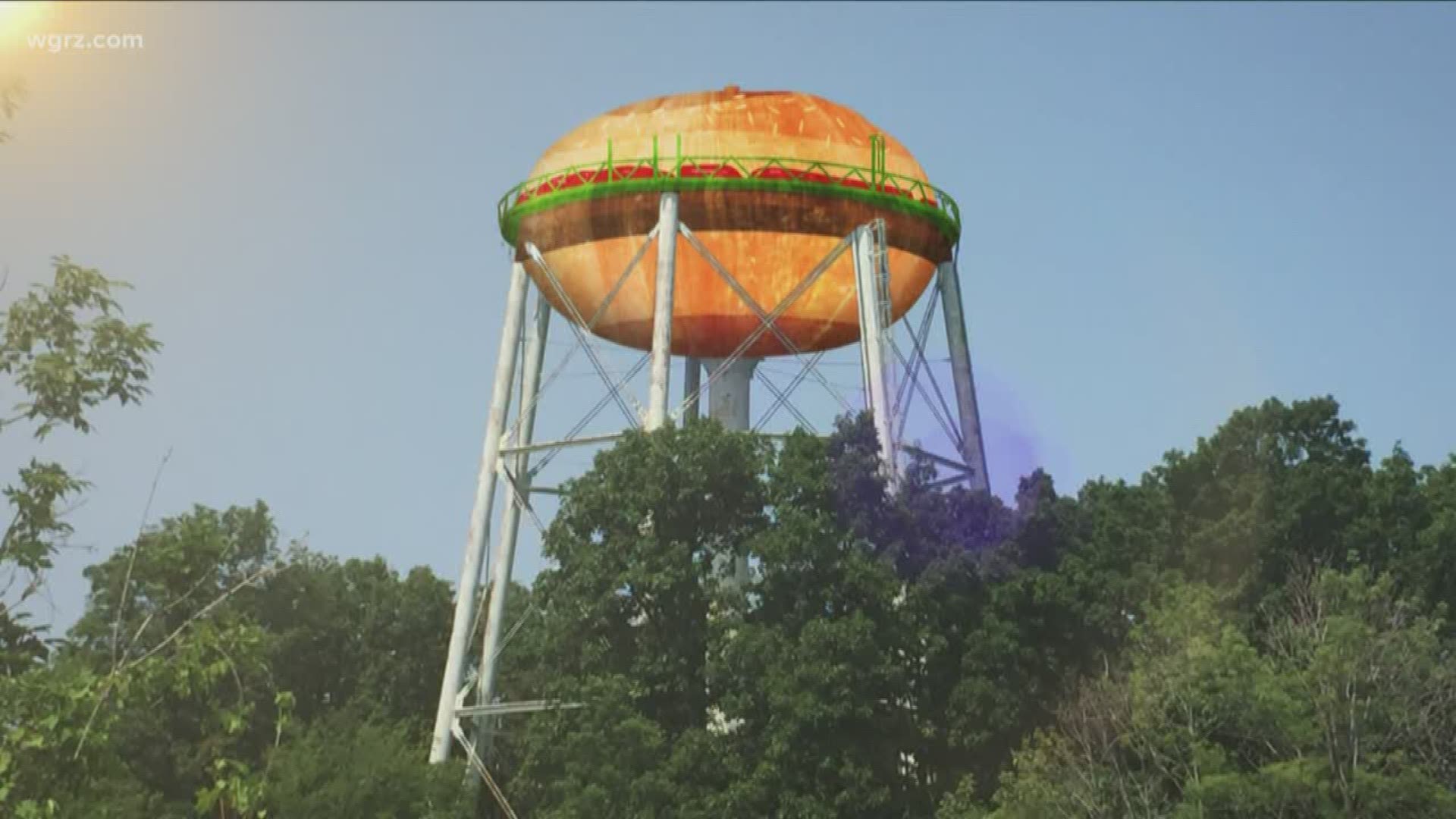 The Hamburger Water Tower Committee, which is the group leading the effort for the tasty artistic vision, got its tax-exempt status approved by the IRS just days ago, and now fundraising season is well underway.

The group, which also has a Facebook page, is selling T-shirts at the BurgerFest and seeking donations.

They say it's more than just a fun idea. They say it's also an opportunity for economic development through tourism.

"These iconic infrastructure projects, they exist all across the United States, and people travel to see them," said Chris Hannotte Luly, chairperson of the Hamburger Water Tower Committee. "So we believe that if we paint it, they will come here to the Southtowns."

This project has been accused of being a little too cheesy to spend such a significant amount of money, but organizers reassure the skeptics that it will be a hamburger, and not a cheeseburger.