Who will Hochul pick to replace herself as Lt. Governor of New York?

The incoming governor says she expects to have her pick in hand when she takes office on August 24. 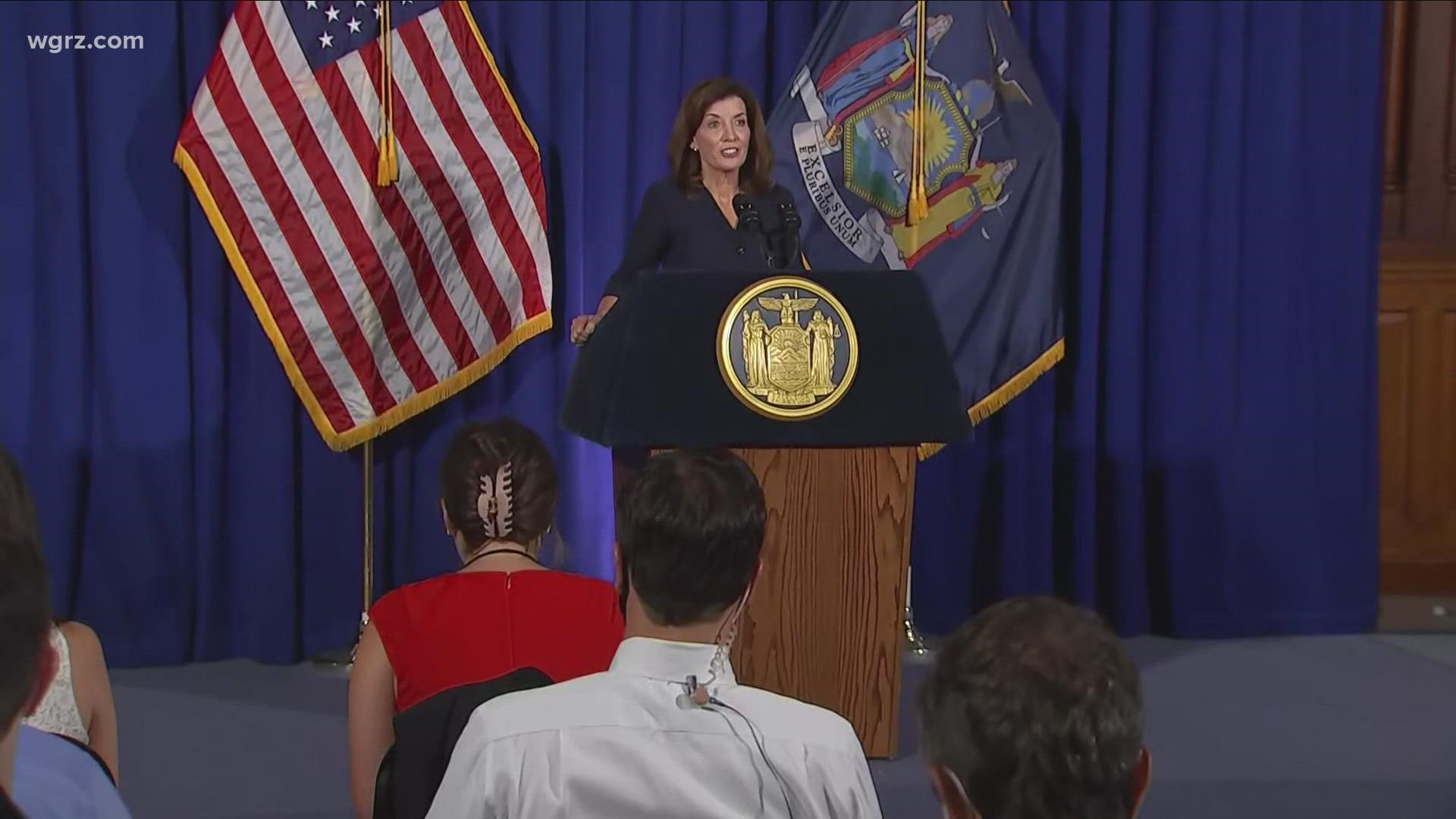 BUFFALO, N.Y. — One of the first things Kathy Hochul will have to do as governor will be to pick her own replacement for the job she currently holds.

Hochul will take over as governor of New York when the resignation of the disgraced Gov. Andrew M. Cuomo takes effect on August 24, following Cuomo's announcement that he would leave office in the face of a looming impeachment amid his sexual  harassments scandal.

On Wednesday, Hochul told reporters she expects to name a lieutenant governor possibly by the time she's sworn in.

"Certainly a lot of people have reached out to me," said Hochul, who added that she will meet with several of those individuals who have expressed interest in the position.

"It will be someone who is not stranger to me, but also someone who will carry the vision of my administration toward strongly the progressive policies to take this state forward."

"There are  so many qualified individuals," she continued. "And I am cognizant of the need for diversity and an inclusive ticket, and I'm going to name someone the state will be familiar with and very proud of."

Hochul did not say whether she was speaking about race, gender, or the residency of the candidate she will choose when it came to the "need for diversity and inclusion" as part of the process.

Pundits have speculated that Hochul, who hails from Western New York, would almost certainly need to pick someone from downstate where the large majority of the state's population resides, especially if she seeks to be elected to the office of Governor next year instead of merely filling out the remainder of Cuomo's term.

"I think a downstater but also an African American," said Andrea Bozek, a political operative and Republican campaign strategist with Big Dog Strategies in Buffalo. "I think it's almost certain she'll be challenged by (New York Attorney General) Tish James ... so I think that will probably be in Kathy Hochul's mindset is to pick someone who can combat a Tish James ticket next year."

James, who is Black and is the state's first female Attorney General, steered the independent investigation that concluded Cuomo had sexually harassed 11 women, which then led to his political downfall.

"Whether she (Hochul) needs someone whose different from her, I think that's a yes," said Kevin Hardwick, a Democrat who serves as an Erie County Legislator and who is a professor of political science at Canisius College.

"I also think its a given that it will be someone from downstate."