Unknown Stories of WNY: A home built for healthy living 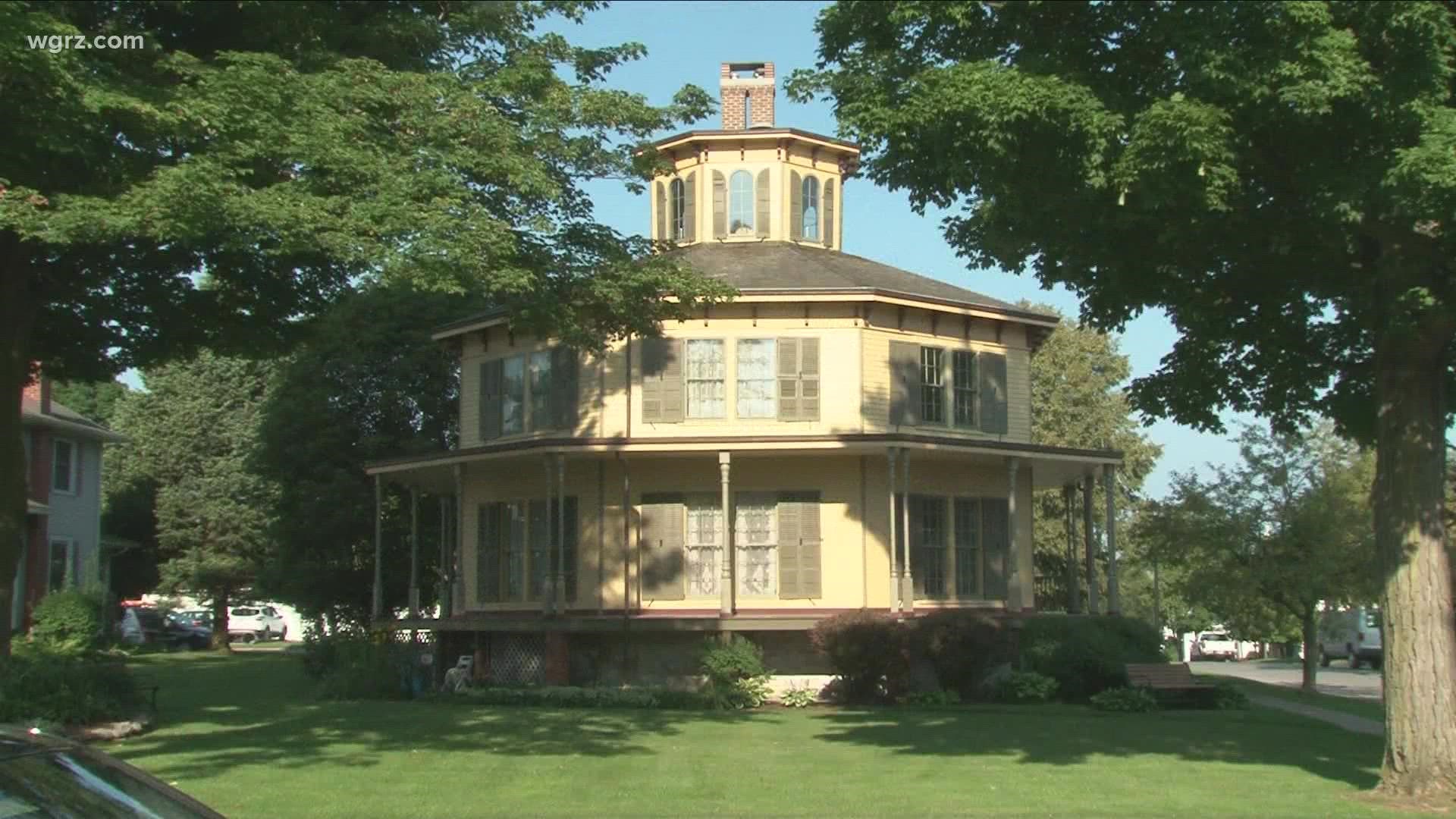 AKRON, N.Y. — As we continue to celebrate Western New York, and Erie County's bicentennial, we are highlighting the history of our towns and villages, and some points of interest that you can go explore for yourself.

One of those points is Akron's Rich-Twinn Octagon House, which also serves as home to the Newstead Historical Society.

It is a beautiful old home and a landmark that was designed in 1850 for healthy living, says Society President Patricia Pearce.

"It was the idea of Orson Fowler who came up with the idea of having a round house," Pearce said. "So this is the nearest thing you can get to a round house during Victorian times. If you lived to be 45, it was an old age and so anything you could do to keep yourself healthy, they thought why not try it?"

Right now it is closed for repairs after a leak in the air conditioning unit, but we got a peek inside.

The design makes for an interesting floor plan. Curved walls, interesting angles, but decorated in the style of the mid-19th century. So you may wonder why someone would design a house like this and how can it help a person stay healthy?

"He (Fowler) came up with this idea of a round house so there would be no right corners to capture any he called them ill humors and the flow of air will keep you healthy," Pearce said.

In addition to the airflow, the cupola up on top also provides plenty of sunlight.

"You would sit up there and he felt that if he were a little you could go up there and the sun would help heal you," Pearce said.

It was an age where people went to places like sulfur water spas and used herbal remedies. Pearce says homeopathic treatment was the trend.

"Do anything to help you keep healthy, it was in Vogue," Pearce said.

It is just one of the many points of interest that can be found in the EC200 Erie County Heritage Passport to celebrate the 200 years of Erie County history.