Siena Poll: 62% of NY residents think worst part of pandemic is in future

Just 27% of those polled said they think the worst of the COVID-19 pandemic is already over. 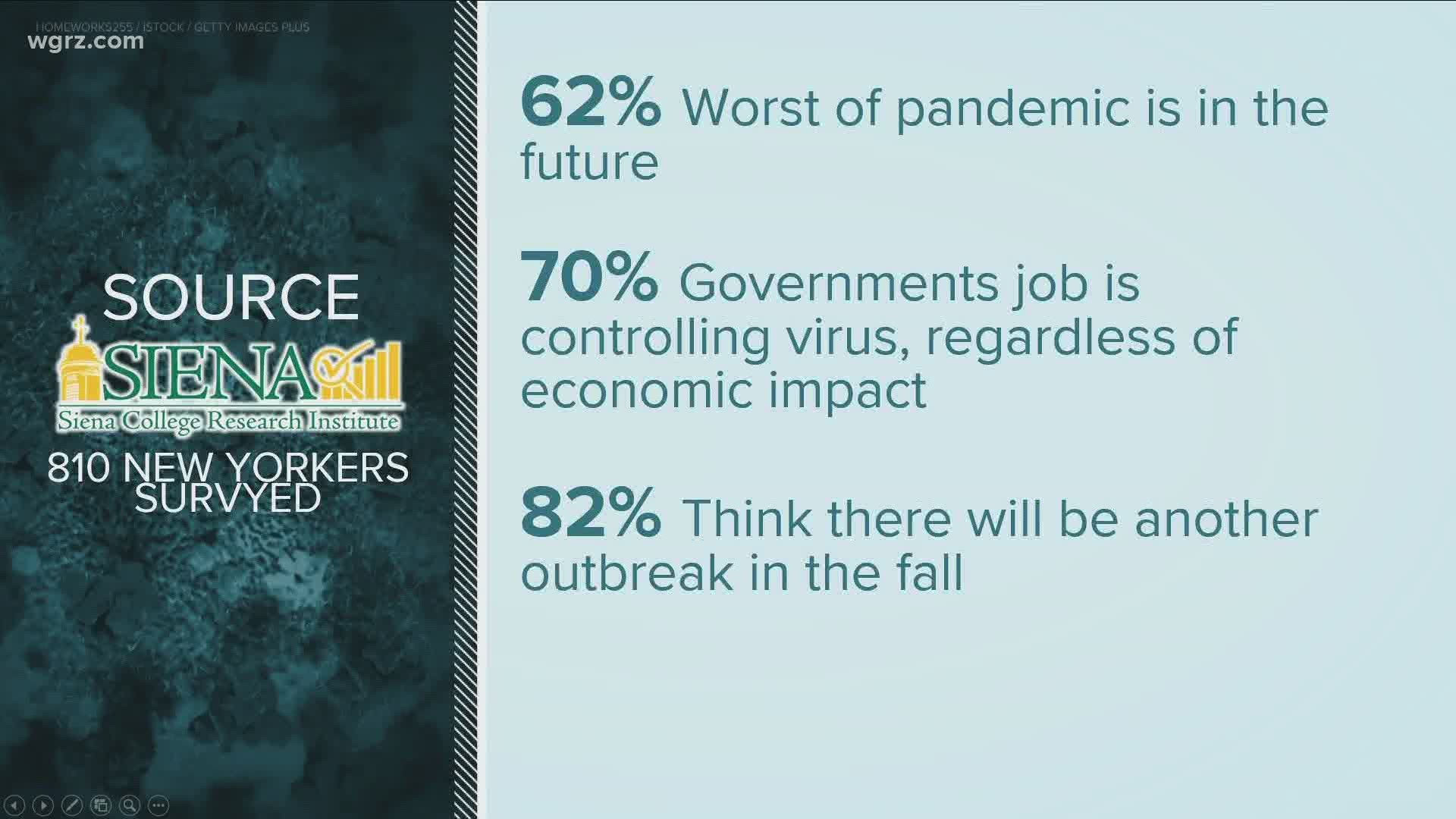 LOUDONVILLE, N.Y. — According to a new Siena College poll released Monday, the majority of New Yorkers said they believe the worst part of the coronavirus pandemic hasn't happened yet.

The poll, which surveyed 810 New Yorkers, showed that 62% of respondents believe the worst of the COVID-19 pandemic is still on the horizon, while only 27% said the worst is behind us.  An overwhelming majority of those polled, 70%, said they think the government's top priority should be to contain the virus, regardless of the impact it will have on the economy. Just 20% said restarting the economy is more important than containing the spread of the virus.

"Majorities of every demographic, except Republicans, think that we haven’t seen the worst of the pandemic, and majorities of every demographic want the government to concentrate on containing the virus even if the economy suffers,” according to SCRI Director, Don Levy. “Nearly 80 percent are concerned that they, or another member of their household, will get sick with COVID-19."

The poll also covered the debate on schools reopening. It showed that 64% of respondents said they think schools will likely reopen and 82% said they believe there will be another large COVID-19 outbreak in the fall.

The poll also asked questions on racism and  81% of those polled said they believe systematic racism is a serious issue to some degree in the state. One third of respondents, and 71% of Black respondents, said they frequently witness or hear of instances of racial discrimination. Just 29% of residents said they rarely are aware of racial or ethnic discrimination.

"New Yorkers agree, systemic racism is a problem. Dramatic majorities of every demographic by party, age, race and region think systemic racism is at least a somewhat serious if not a very serious problem," Levy said. "And while 36 percent describe themselves as ‘not racist’, 53 percent prefer to say that they are ‘anti-rascist.”