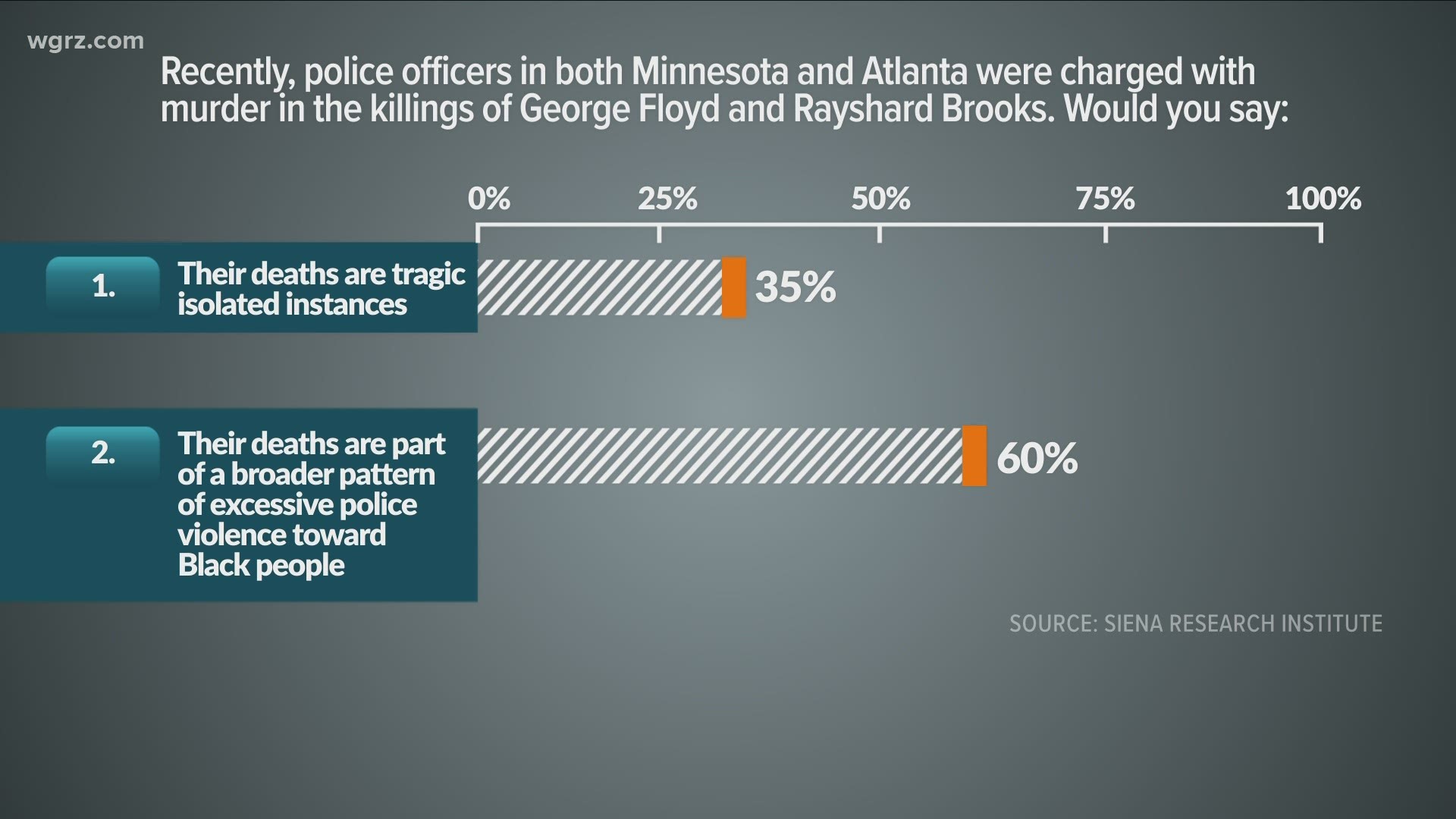 LOUDONVILLE, N.Y. — The overwhelming majority of New Yorkers believe that systematic racism is a serious problem, according to a Siena College poll that was released Tuesday morning.

The poll asked 806 New York state residents, 81% of respondents think that systematic racism is either a very or somewhat serious problem. Those polled also said they believe recent killings of George Floyd and Rayshard Brooks are not isolated incidents, but instead part of broader pattern of excessive police violence toward Black people by a 60-35 margin.  Residents of upstate New York say it's a broader pattern by a margin of 55-39.

"Eighty percent of Democrats say it’s part of a broader pattern, while 57% of Republicans and 48% of independents, a plurality, say the deaths are tragic isolated instances," said Siena College pollster Steven Greenberg. "Although 53% of white voters say it is part of a pattern, that view is held by 64% of Latinos and 91% of Black New Yorkers."

Across the board, New Yorkers support laws that were recently passed to improve policing in the state.

"By an overwhelming 80-13 percent margin, voters say the recently passed legislation – including a ban on chokeholds by police, making disciplinary measures public and having a special unit in the State Attorney General’s office to investigate and prosecute civilian killings by police officers – will be good for New York," Greenberg said.  "At least two-thirds of voters from every race, party, region, and age agree."

Politically, New York residents have given Governor Andrew Cuomo high marks for his response to the killing of George Floyd and the ensuing protests. Over half of respondents, 57%, approve of Cuomo's handling of the situation, as opposed to just 24% who disapprove. The poll also shows 64% of New Yorkers disapprove of how President Donald Trump has done. Just 27% of respondents said they believe the president has handled the situation well.

To view the results of the entire poll, click here.