On August 25, 2018, 905 people flocked to Penn Dixie Fossil Park & Nature Reserve to take part. The park is now the inaugural record holder for that category. 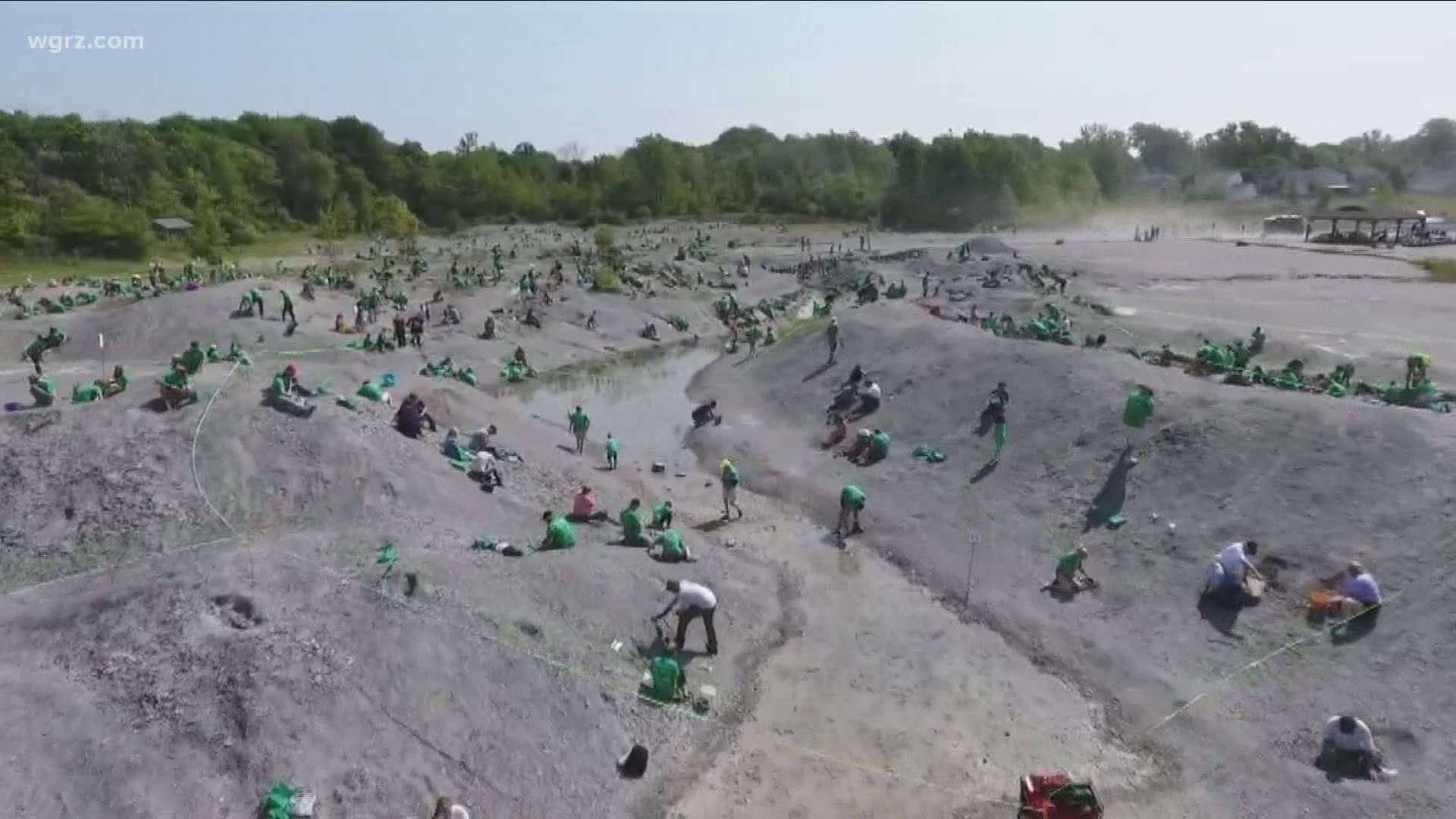 BLASDELL, N.Y. — In late August of 2018, the Penn Dixie Fossil Park and Nature Preserve held what it hoped would be the world's largest fossil dig.

"It's incredible how well things came together for our record attempt," said Keith Wesolowski, Penn Dixie director and chair of the Guinness World Records event committee.

On August 25, 2018, 905 people flocked to Penn Dixie Fossil Park & Nature Reserve to take part. The park is now the inaugural record holder for that category.

According to the park, all 905 people held a coordinated dig for 30 minutes. That alone wouldn't be enough to enter the Guinness World Records though.

The dig required collected specimens to be reviewed by paleontologists, who were on-site and unaffiliated with the event, to ensure that the fossils were deemed "acceptable" to the Guinness World Records review committee.

More than 2,000 fossils collected that day were examined. Each fossil was both photographed and logged into records.

"This new recognition cements Penn Dixie's place in the geologic and paleontologic community, and we're confident that we can provide an immersive educational and scientific experience, even in our new socially distanced world," Wesolowski said.