Katy Knoll, 17, a senior at Nichols, is hoping to lead Team USA to a 5th consecutive gold medal in the Ice Hockey U18 Women's World Championships. 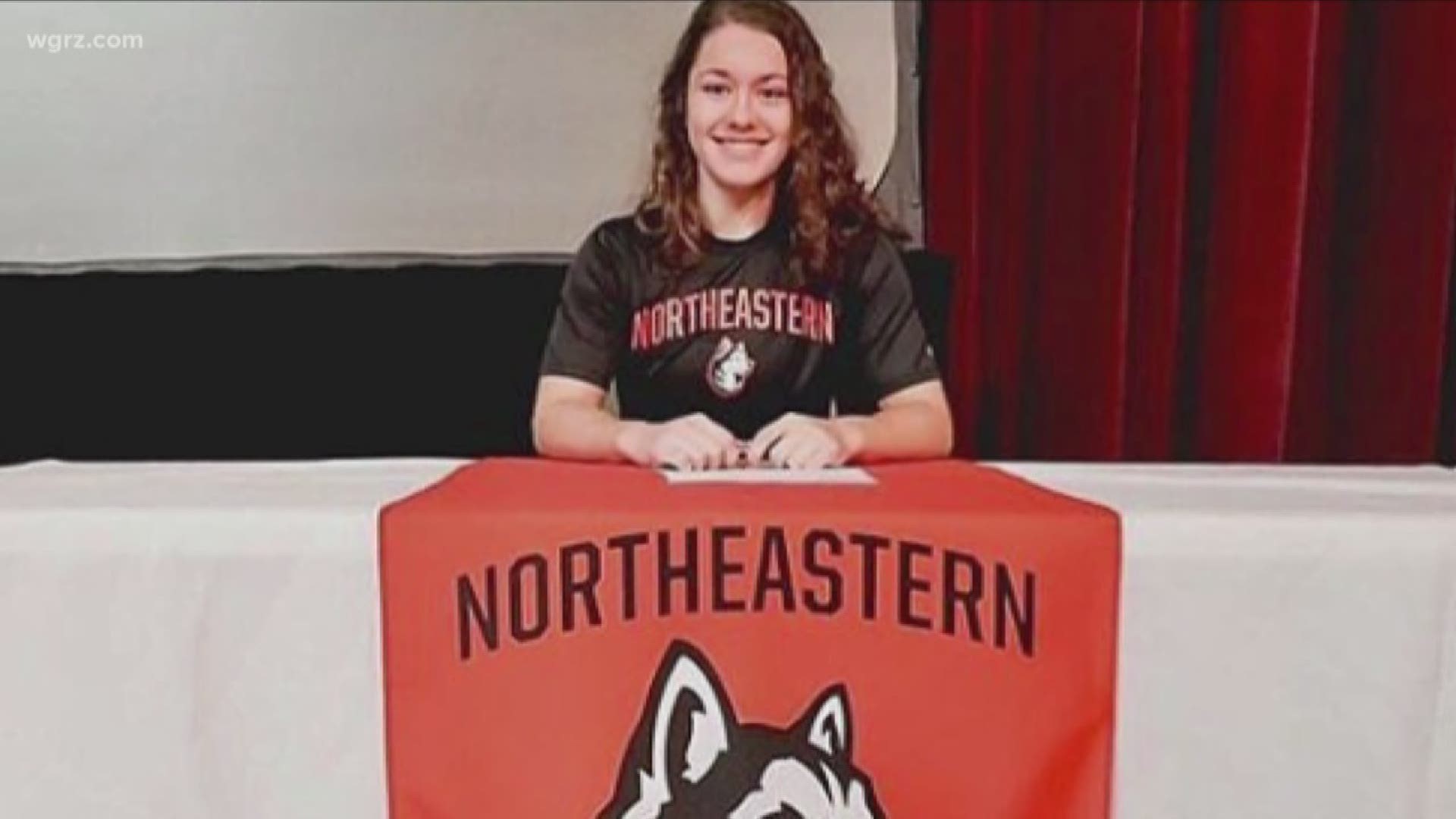 An Amherst teen is halfway around the world, representing Team USA, and trying to bring home a 5th consecutive gold medal in the IIHF U18 Women's World Championships.

2 On Your Side is celebrating hockey phenom Katy Knoll, a senior at the Nichols School, as one of "WNY's Great Kids".

We first met 17-year-old Katy Knoll last year on the ice at Nichols. The straight-A student was a leader on the ice there.

"To be able to help lead this team to hopefully a 5th consecutive gold medal, is, it's an honor," said Knoll via Skype from Japan.

Hockey is life for the Amherst native. The moment Katy started walking, she started skating. She played in house leagues, travel teams, school teams, and after her freshman year at Nichols, she committed to continue her hockey career at Northeastern.

Katy made the tough decision to forego her senior season on the Nichols hockey team to pursue other hockey opportunities. Right now Katy is balancing playing for Team USA, with driving to Canada to play for the Toronto Aeros in the Provincial Women's Hockey League, where she won the prestigious Triple Crown last season.

"That was a new high for me in my hockey career," she said.

But the Olympics would be the ultimate high. Given Katy's international experience already, the 2022 games in Beijing are a real possibility for her. Nichols girls hockey coach, Shelley Looney, an Olympic gold medalist herself would vouch for that.

"Her dreams and goals are endless because of her work ethic and her God given talent," said Looney.

Katy's sole focus now though is the task at hand. That's bringing home a 5th straight gold for the red, white and blue.

They beat Russia and rival Canada in pool play earlier this week.

And if they make it to the gold medal game, that happens Sunday.

We'll keep you updated if Knoll brings home another Gold to Buffalo.