The city will reconstruct 18 pedestrian signals in 2020. 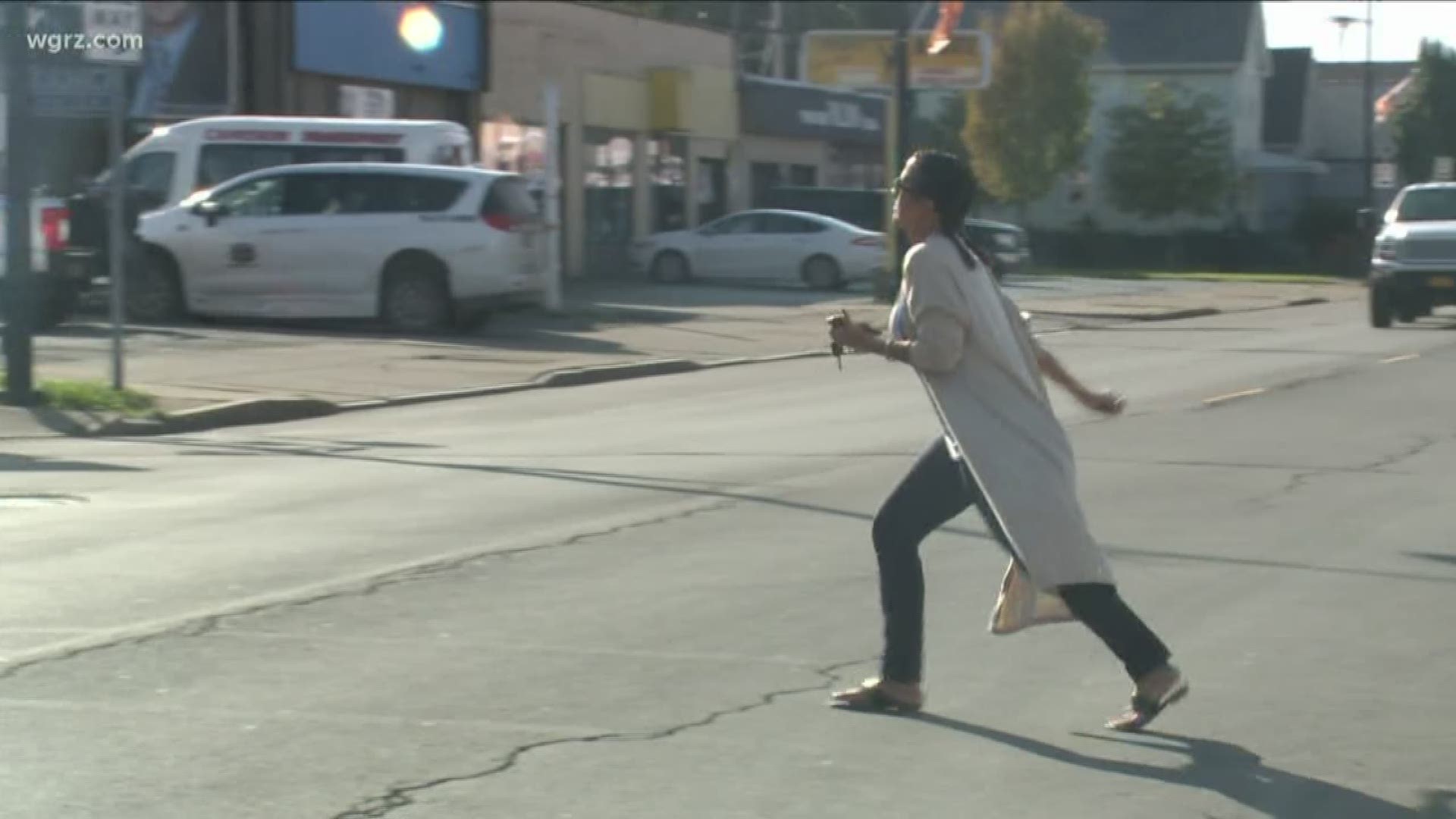 NIAGARA FALLS, N.Y. — People in the City of Niagara Falls will see 18 new pedestrian crosswalks in 2020. Mayor Paul Dyster told 2 On Your Side pedestrian accidents are a problem in the city.

On Monday, two children were hit by a car while crossing Pine Avenue near 27th Street. It's something Niagara Falls Police Captain Angela Munn says she sees often.

"All over Niagara Falls we have a lot of pedestrian accidents," Munn said.

Munn added, "A lot of people not crossing at crosswalks, young kids running into the street and crossing between parked cars."

The city was given state funding to try and curb the problem. In 2016, Governor Andrew Cuomo launched a Pedestrian Safety Action Plan, a $110 million investment for engineering, enforcement and education to prevent accidents.

Dyster said construction on the pedestrian signals will begin early next year. Dyster is also looking into lowering the speed limit to 25 mph in the downtown tourist district.

Below is a list of the intersections that will get new pedestrian signals:

RELATED: Pedestrian in critical condition after accident in Niagara Falls