One year after they lost their son to an opioid overdose, Chip and Linda Mussen donated thousands to fund a program that will help other students and educators. 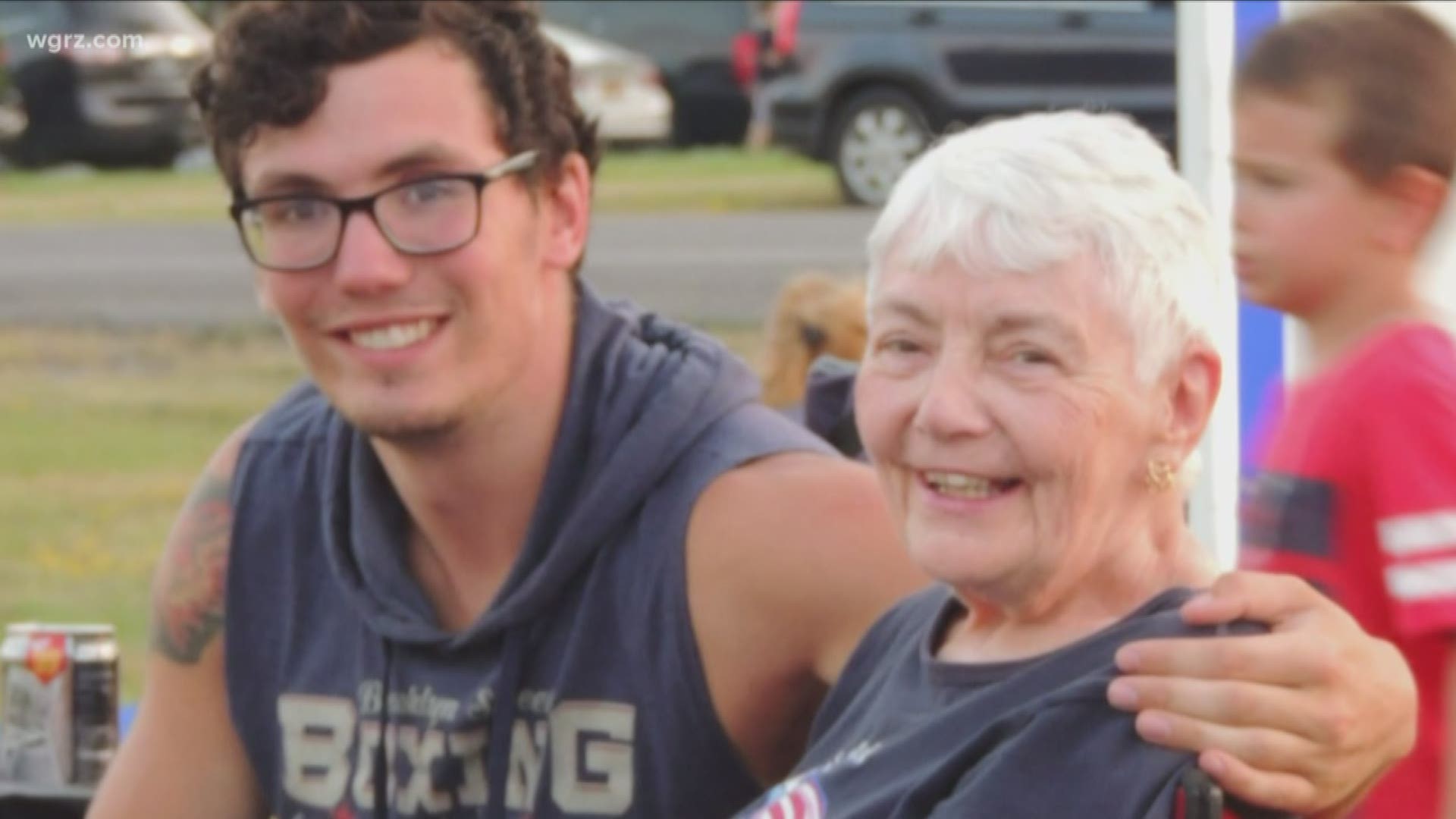 BUFFALO, N.Y. — Linda and Chip Mussen describe what their son was like growing up with a lot of smiles.

Friendly. Helpful. Goofy. Just a few of the words that really stand out.

"He was never making a straight face for a picture or a family photo," Linda smiled on the first day we met.

"That's the truth," Chip chimed in, with a hearty laugh of his own.

They challenged me, at that point, to find a picture-- among the dozens and dozens they'd provided me-- where their son, Charles A. Mussen VI, was simply ‘smiling for the camera.’

It was a challenge indeed.

But it’s no challenge compared to facing the Mussen family today, as they push forward in their efforts to turn tragic loss into tools of hope for other children across Western New York.

Starting in middle school and growing even more throughout his high school years, Charlie—also affectionately known as Joey—became more and more confrontational.

Linda and Chip recounted story after story with me about their son, all of which were good-natured and never ill-intentioned toward others, but that showed a clear struggle Charlie was having with authority.

Goofiness became more volatile; warmth was replaced by a very demanding and accusatory nature, especially with his parents, but they saw it as teenage angst.

Nothing was ever diagnosed.

Today, Linda and Chip say they talk about the possibility that maybe was Charlie suffering from bipolar disorder, but there’s no good that comes from questions like that anymore.

Because when they’d first become aware that Charlie’s struggles were worse than they could have ever imagined, it was too late.

After graduating high school, Linda and Chip soon realized Charlie’s mental and emotional state had led him into a full-on drug addiction to opioids.

"We found out very quickly that there’s really not any recourse for parents to help someone who's 18,” Chip said, as they described what it was like to have their son refuse their visitation rights while he was in the hospital.

“We felt helpless,” said Linda. “We were helpless.”

“If we can help even one person…”

Charles A. Mussen VI passed away on October 15th, 2018, after an overdose of heroin laced with fentanyl.

They were stunned. Chip and Linda tell me they had no idea how much Charlie had been self-medicating when he died.

They started a GoFundMe page shortly after, because they wanted to do something to honor Charlie’s life—and his struggle—in the best, most productive way they could.

So they started to research. And study. And interview.

As they did, several of Charlie’s classmates told the Mussen family that they’d recognized something was off, but said they felt poorly equipped to help him.

And as Chip and Linda watched the donation counter click past $15,000 in just a few months, their search led them to a few select groups throughout Western New York.

One of those groups was Compeer Buffalo, a mental health organization that supports fostering good mental health among adults, youth, seniors, and veterans by pairing people in need with supportive relationships.
"I think the light bulb went on pretty much as soon as we heard the full description of [Compeer’s] Mental Health First Aid,” Chip said.

The Mental Health First Aid training program focuses on educating high-schoolers in grades 10-12, to help them become their own peer support system for fellow students in need.

On October 11, 2019, Chip and Linda donated $10,000 to Compeer so that Starpoint school district could begin to implement the program.
It was four days before the one-year anniversary of Charlie’s death.

“If we can help even one person,” Chip said before trailing off. “That’s the kind of program we wanted to be involved in.”

The first step for that plan kicked off in the Starpoint school district, where local educators were given the training to help foster and fortify those relationships among the students when the program gets into full gear.

The educator training will stretch throughout the 2019-2020 school year.

Juniors and Seniors will be invited to join the next step of the program during the 2020-2021 school year.

And as they look back at Charlie’s younger years, Chip and Linda say they can spot what they believe are signs they could have followed to get their son help.

"We truly feel that if we had known more or taken different action at a younger age... At a younger age,” emphasized Linda, “where we had more control of the situation, that that would have, could have made a difference."

If you’re interested in pursuing a Mental Health First Aid or a similar training program for your school, or if you know a student who might benefit from a focused, special relationship with someone who wants to help and care for them, you can contact Compeer of Greater Buffalo at 716-883-3331.

If you want to know whether you should be worried about your child’s mental health status, Beyond Blue offers a list of mental health quizzes, questionnaires, and tips for you to help you determine whether help is right for you or your child.