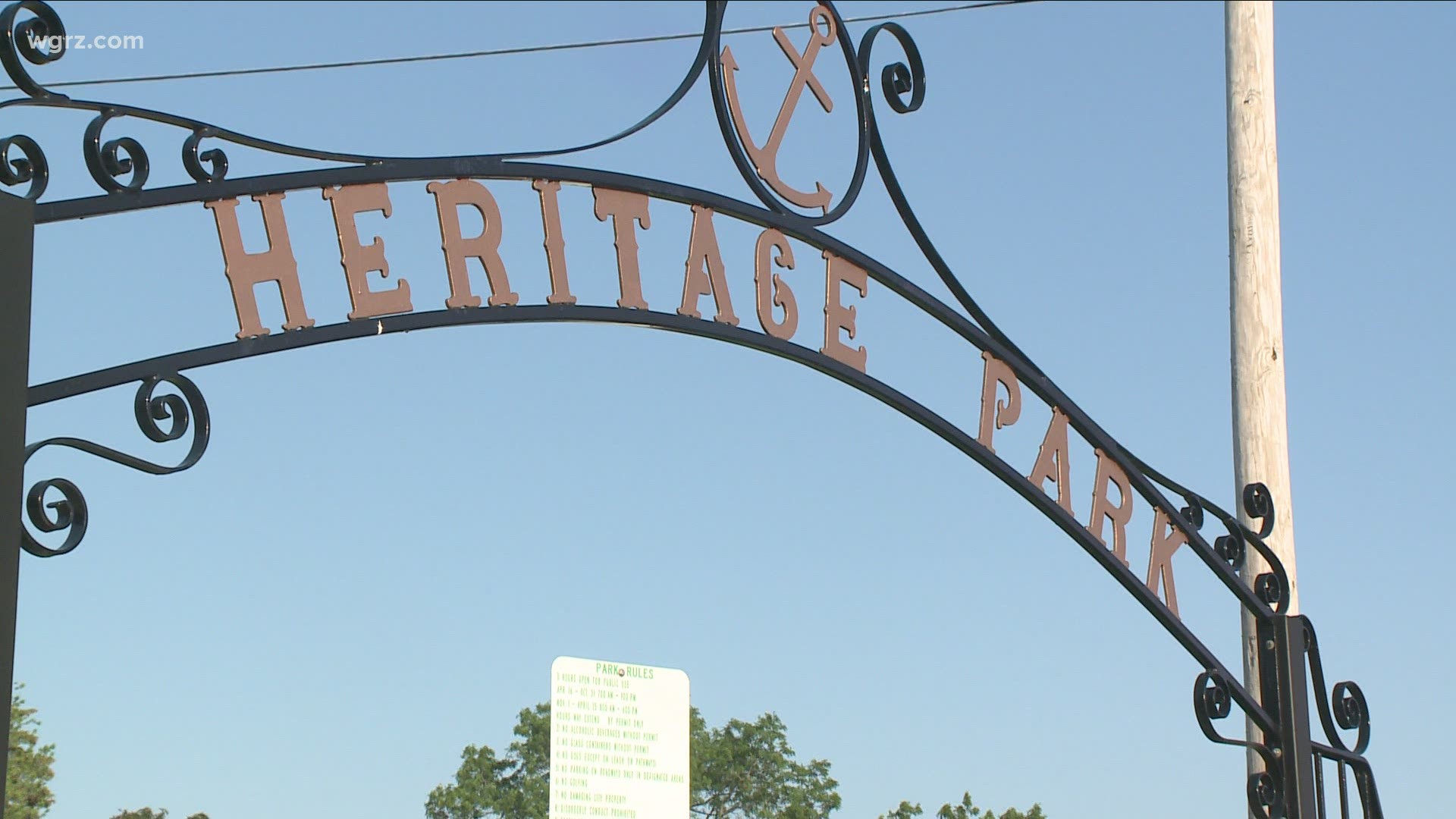 The Oliver Street Merchants Association hosted "Shop with Pride on Oliver Street" on Saturday, June 12 from 11 a.m. to 5 p.m. at Heritage Park on Oliver Street. There was also be a pride flag raising ceremony at 10:45 a.m. before the event began.

The group includes more than 70 small businesses, who recently realized the need for more LGBTQ representation in North Tonawanda.

"There are areas throughout Western New York that we know the community has, like a safe space, and I'm not sure if North Tonawanda hits the radar for that. We wanted to show Western New York that we really do represent, we're proud to have the community here, and we want to offer a safe space," said Lauren Schulte, president of the Oliver Street Merchants Association and owner of Monarch Kitchen Design Studio.

The Saturday celebration featured vendors and food for purchase, as well as LGBTQ informational booths and resources, such as the Buffalo-Niagara LGBTQ History Project and Niagara Pride. There was also be drag show, a DJ, and carnival games.

The Oliver Street Merchants Association hoped that in addition to celebrating Pride, the community would also turn out to the event to support businesses in their neighborhood.

"It seems like the small businesses are the ones that really took the hit, while the corporations were able to stay open. Anything that we can do to highlight to help support, give, you know, show the community, all the different types of vendors that we have. Support is really big, you know, we are so excited to have such a diverse group," Schulte said.

For event details, and other Pride events happening this month in Western New York, visit our Guide 2 Pride.