Quentin Suttles was seen being punched in the face while on the ground. A special prosecutor reviewed all the evidence and decided not to charge the officers. 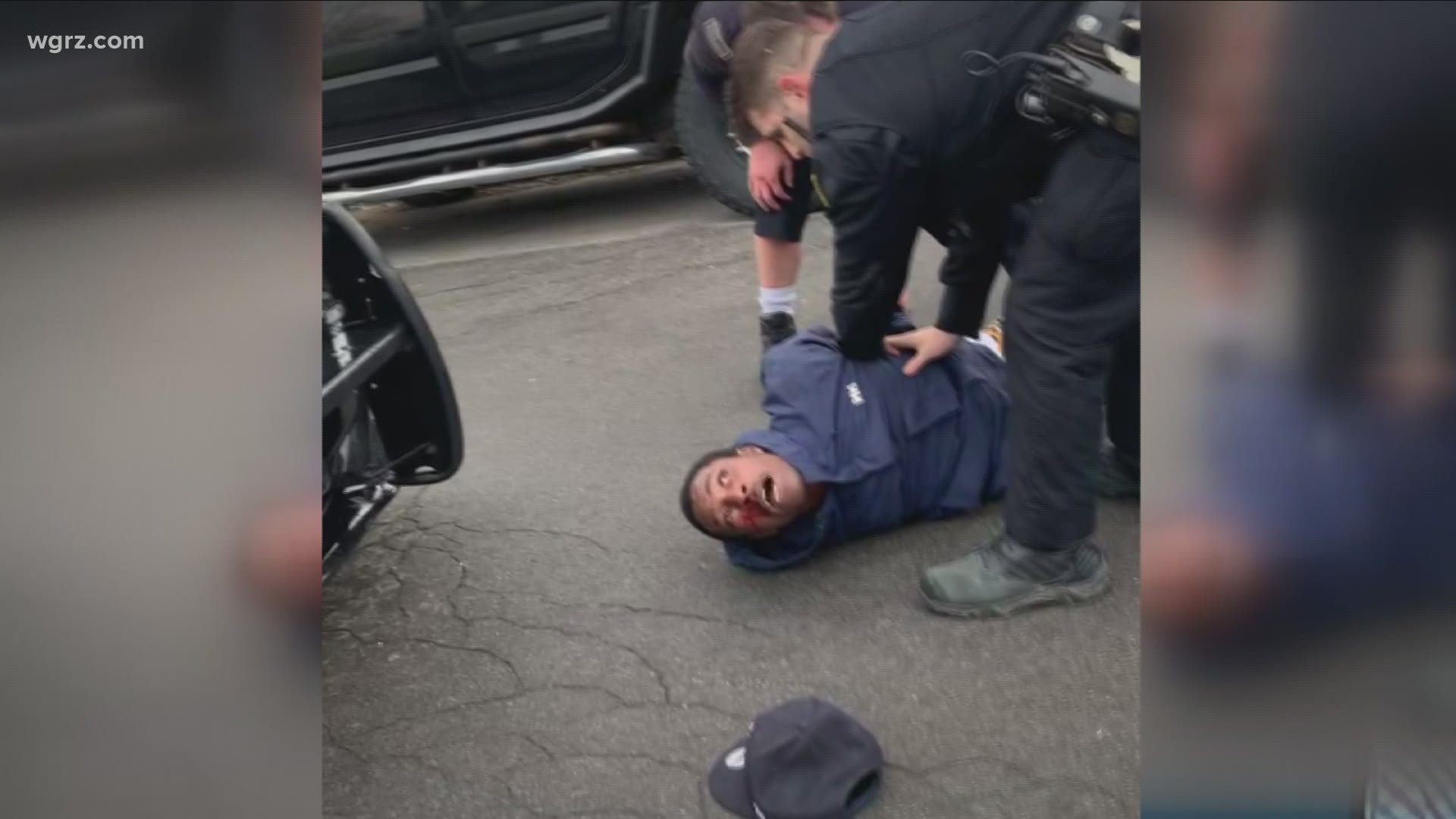 BUFFALO, N.Y. — The body camera video and citizen's video of a Buffalo man being arrested on Mother's Day 2020 was disturbing.

Quentin Suttles was seen being punched in the face while on the ground by a cop. A special prosecutor in the Monroe County District Attorney's office reviewed all the evidence and decided not to charge the officers.

The officers, Ronald Ammerman and Michael Scheu, seen in the video, stopped Suttles for a routine traffic stop on Madison Street in Buffalo. Suttles had turned down a one-way street in the wrong direction when he was stopped while attempting to make a three-point turn.

Attorney Rodney Personius represents Officer Ammerman. He said his client believed Suttles had drugs and was trying to swallow them. "The whole reason that Officer Ammerman did what he did was for the safety of Mr. Suttles."

No drugs were ever found.

"What happened to the drugs is a mystery," Personius said.

Personius said there is more to this story when the entire body camera footage and audio is reviewed.

Attorney Terrence Connors represents Officer Scheu. "He followed the policies and procedures you can see it in the video. He's hanging on for dear life around the man's waist."

He said his client was heard on camera telling Suttles, "don't be stupid, don't be dum, hold on, just chill, I don't want to fight with you, just be cool."

He described Scheu as "a hockey hero" who is now a family man and a father.

"This kind of event in his career makes him very cautious about every interaction he has on the street," Connors said.

Both officers were on paid administrative leave. It is unclear when they will return to duty.

Meanwhile Quentin Suttles attorney was not pleased with the outcome and wants the Monroe County District Attorney's office to reconsider the decision.

"We demand there is a reinvestigation to a higher authority," said attorney Prathima Reddy. "It's shocking that a DA can review this type of video footage and find justification for the police officers. If that's the case then honestly it feels like officers can do anything without limits with no boundaries to the detriment of our citizens, particularly our Black community."

When Quentin Suttles heard about the decision he said "I couldn't believe it, but I'm not surprised. It makes me live life, for the rest of my life in complete fear."

Suttles said he has an upcoming trial on another case in a few weeks.

“The Buffalo Police Benevolent Association is very pleased with the decision by the Monroe County District Attorney’s office not to file charges against Buffalo Police Officers Ronald Ammerman and Michael C. Scheu after a months-long investigation.

“Our officers followed the proper procedures in arresting and subduing someone who is already facing a felony charge of a possession of a firearm and another charge in which he is accused of violating an order of protection in a domestic violence case.

“This is just another example where police officers are being portrayed as doing something wrong when in fact that more and more criminals are being let out on the streets because of flawed public policy."