The Monroe County District Attorney’s Office confirmed Friday that the case against officers Ronald Ammerman and Michael Scheu will not go forward. 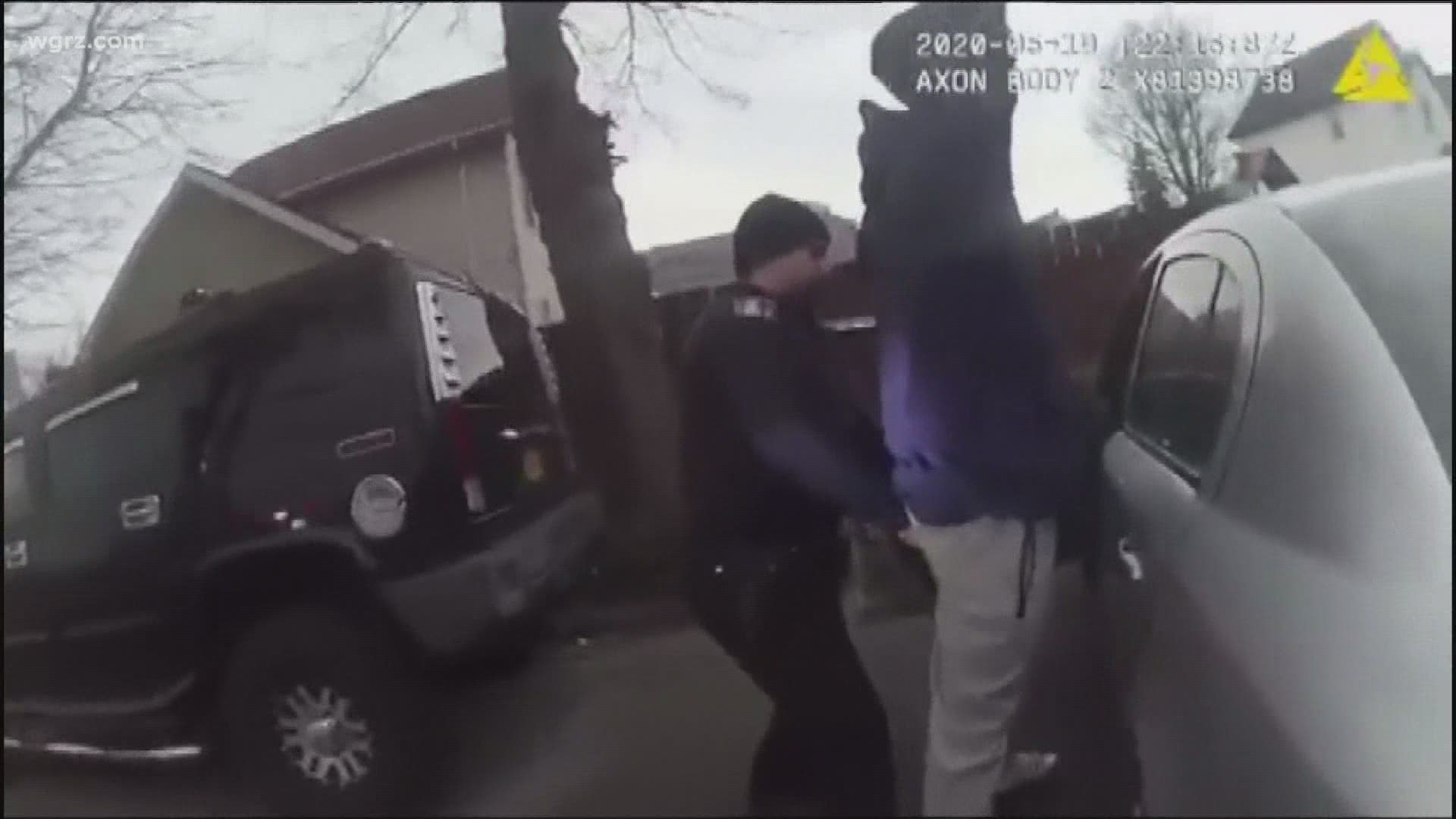 BUFFALO, N.Y. — Two Buffalo Police officers will not be charged in the case involving Quentin Suttles, 2 On Your Side confirmed Friday night.

The Monroe County District Attorney’s Office said Friday that the case against officers Ronald Ammerman and Michael Scheu will not go forward.

A special prosecutor in Monroe County had been investigating the alleged misconduct by the two officers. Buffalo Police had previously confirmed that Ammerman received an excessive force complaint in the past. This was the first disciplinary complaint against Scheu.

Suttles told 2 On Your Side earlier this week that he thought he was going to die on the ground at the hands of police.

It was a traffic stop on Madison and Eagle streets on Mother's Day, on May 10, 2020. According to Suttles, he had just left a gas station on Jefferson Avenue, where he noticed officers, in his words, "staring" at him.

#Developing The Monroe County District Attorney’s Office confirmed for @WGRZ that BPD Officers Ammerman and Scheu “will not” be charged in the case involving Quentin Suttles. More tonight at 11 (pix from citizen video) pic.twitter.com/giXjtHpzGO

Suttles said when he left the gas station, he turned the wrong way on a one-way street, and while attempting to make a three-point turn, he was pulled over by two Buffalo Police officers.

A citizen captured video and it is graphic and disturbing as one of the officers is repeatedly punching Suttles in the face.

On the police body cam video one of the officers is asking about marijuana in the vehicle. Suttles is heard saying "no, we just got done smoking."

No drugs were found in the vehicle.

The attorney representing Suttles previously released the arrest video, which is a combination of police body cam and cell phone footage.

“The Buffalo Police Benevolent Association is very pleased with the decision by the Monroe County District Attorney’s office not to file charges against Buffalo Police Officers Ronald Ammerman and Michael C. Scheu after a months-long investigation.

“Our officers followed the proper procedures in arresting and subduing someone who is already facing a felony charge of a possession of a firearm and another charge in which he is accused of violating an order of protection in a domestic violence case.

“This is just another example where police officers are being portrayed as doing something wrong when in fact that more and more criminals are being let out on the streets because of flawed public policy."