Convictions vacated for 2 members of 'Buffalo 5'

According to the Erie County District Attorney's Office, the convictions were vacated and both John Walker and Darryl Boyd will be granted a new trial. 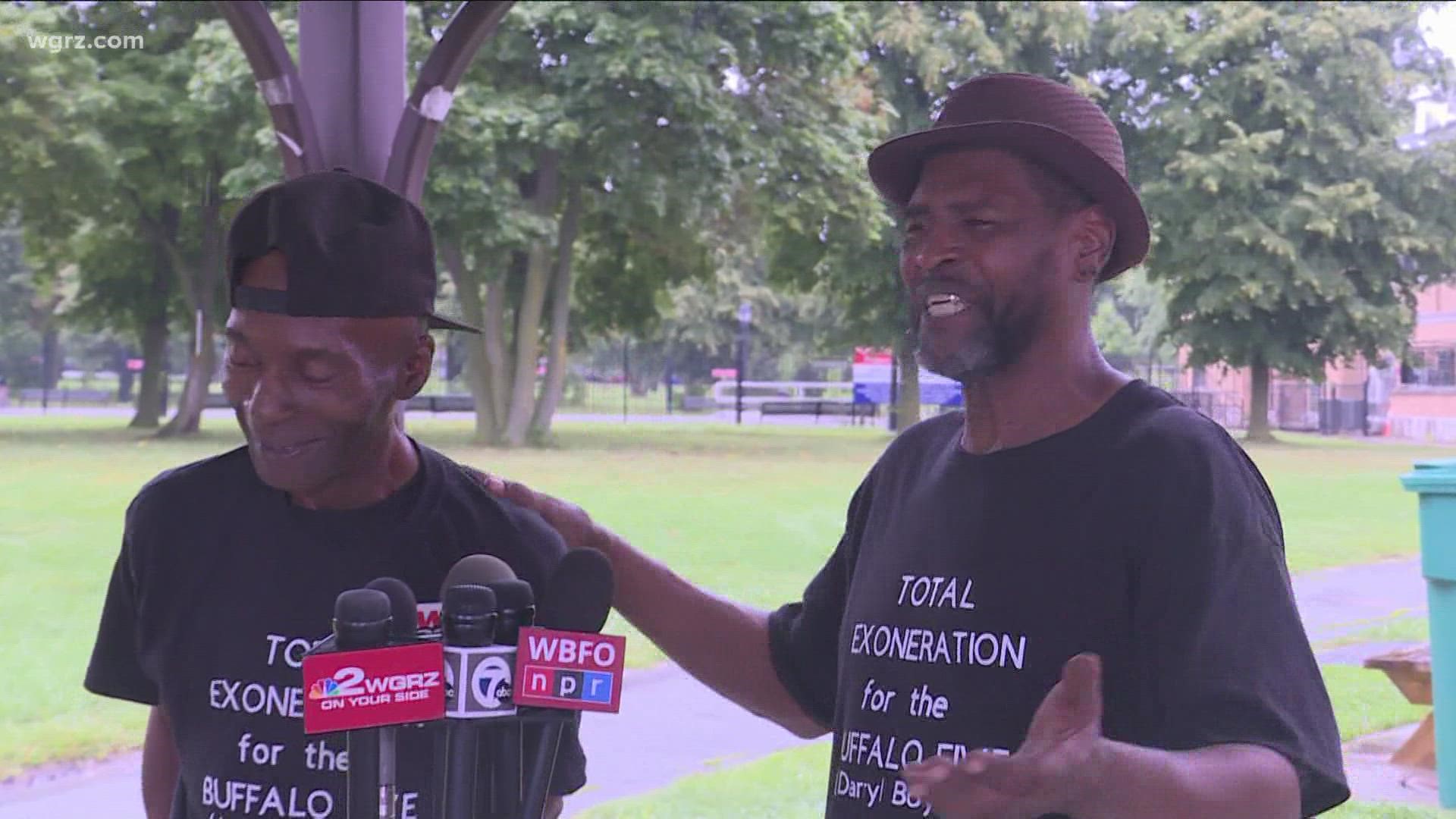 BUFFALO, N.Y. — Two men who were convicted of murder 45 years ago say their charges are being dismissed.

John Walker and Darryl Boyd are two of the Buffalo 5 who have been fighting to have their convictions overturned. The pair say they were falsely accused, wrongly arrested, indicted, convicted, incarcerated, and subjected to parole conditions.

According to the Erie County District Attorney's Office, the convictions were vacated and both Walker and Boyd will be granted a new trial. The DA's office points out the ruling is not the same as being exonerated.

"There's no way I can try this case again. It's logistically and feasibly impossible, even if I wanted to," he said. "It's impractical for me to have a new trial. That can't happen. Half my witnesses are dead, we can't find the files."

Flynn said he will not appeal the decision.

Five men were accused of having a role in the death of an elderly man on Fillmore Avenue in 1976.

One person was acquitted, one was a witness, and three were found guilty. One is now dead, but Walker and Boyd are still alive, and they fought for years to be cleared of a crime they were convicted of as teens.

Boyd's mother was on hand Wednesday.

"We wrote to the attorney general and everyone, we were working," she said.

Walker added: "I couldn't begin to tell you what it's doing for me. I know I'm having all kind of emotions right about now."