"The Buffalo 5" were found guilty of the murder of William Crawford a year after he was killed. To this day John Walker and Darryl Boyd say they're innocent. 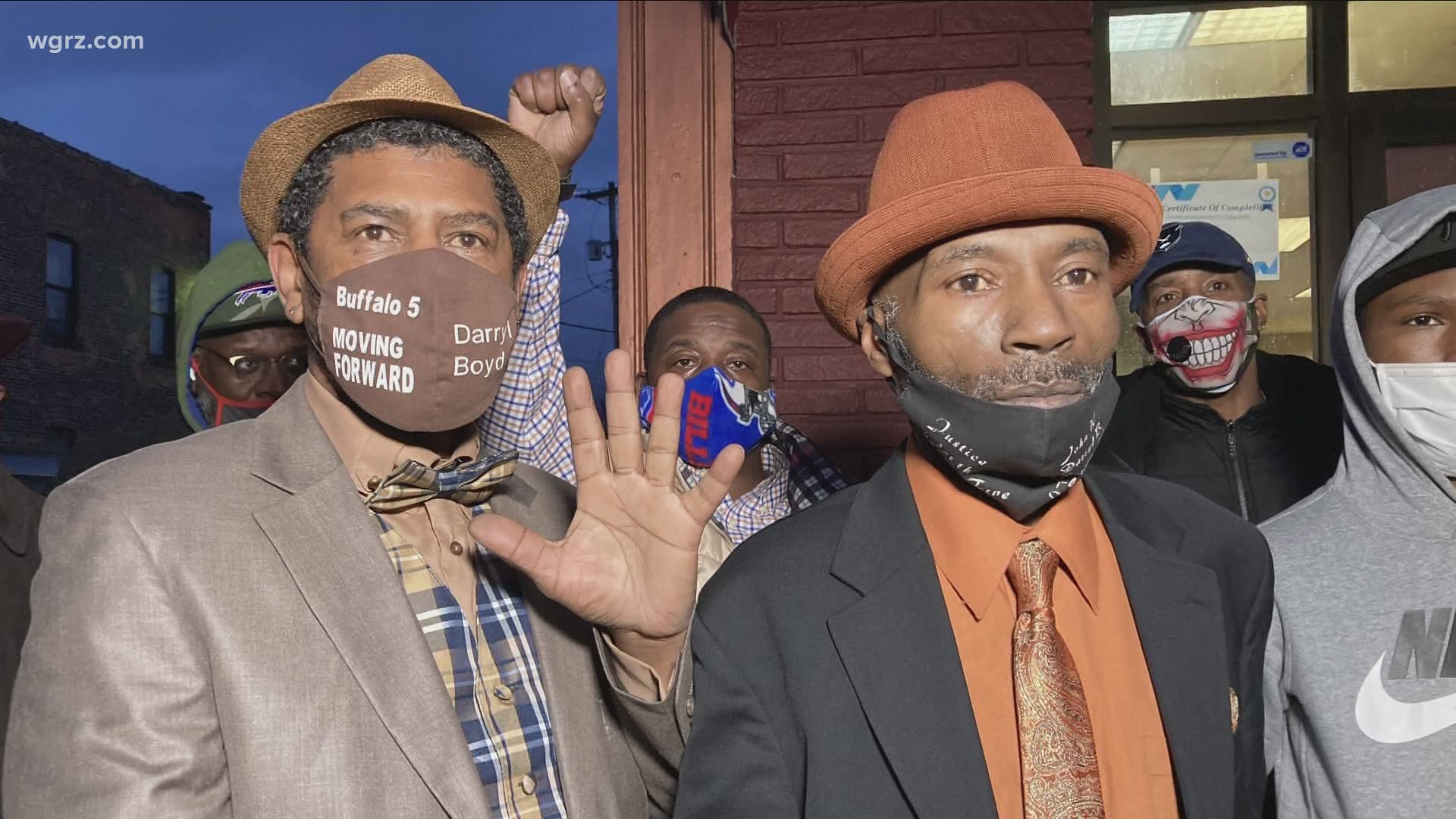 BUFFALO, N.Y. — Two men convicted of murder nearly 45 years ago are once again trying to have that ruling overturned. John Walker and Darryl Boyd participated in a prayer vigil on a local radio station Monday night.

Walker and Boyd were once members of the group known as "The Buffalo 5," and were found guilty of the murder of William Crawford a year after he was killed in 1976.

To this day both men say they're innocent and that they've been working to overturn their conviction since.

"This has been a lifelong journey for us since we were 16 years old and we're both 61 years old right now. If we were to have success in what we're trying to accomplish, it would mean the world to us," Walker said.

Their attorney told 2 On Your Side they'll have a chance to move forward with their case when they appear in front of a judge next month.