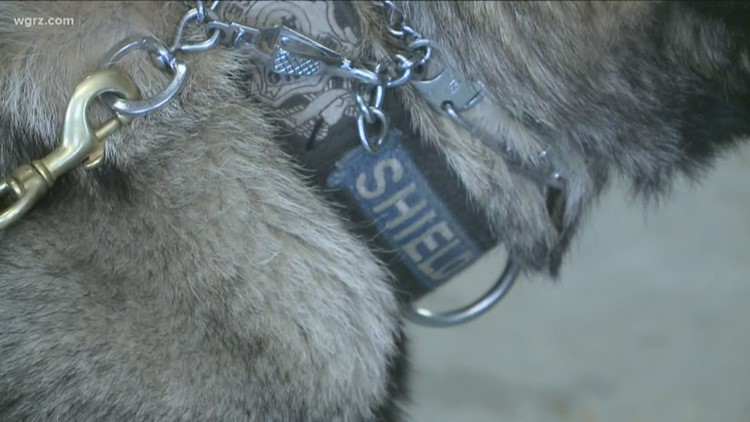 BUFFALO, N.Y. — A Western New York animal hospital and a Virginia non-profit are helping Buffalo Police K-9s stay protected while on the job.

The animal hospital contacted the Buffalo Police K-9 unit about helping, then offered to get Spike's K-9 Fund involved.

Spike's K-9 Fund took the measurements of six Buffalo Police dogs on Wednesday. But the protection comes at a hefty cost, at $2,500 per vest, and they're expected to arrive in early February.

In addition, City Creatures Animal Hospital is attempting to raise money for a seventh Buffalo Police dog through a fundraiser. To do it, Buffalo Police will play Buffalo Fire in a HarborCenter hockey game on February 29.

"Our officers go to work with the protection that they deserve, and so we feel like the dogs deserve the same type of protection as the officers," said Emily Grey, the director of communications for Spike's K-9 Fund.

"So just seeing how much they do, each of these dogs is like a force multiplier. And they do the work of five officers. So, why not protect that asset?"

Grey says they are the only vests to have documented saves. They saved two police K-9s in Washington.