Who are the "8 or 9" priests? Zilliox clarifies for WGRZ

Since the 60 Minutes story on the abuse by priests within the Buffalo Catholic Diocese, parishioners have wondered who are the reported "8 or 9" priests that Father Robert Zilliox said should be removed from the priesthood? Zilliox offers some information which could be of relief to many WNY Catholics. 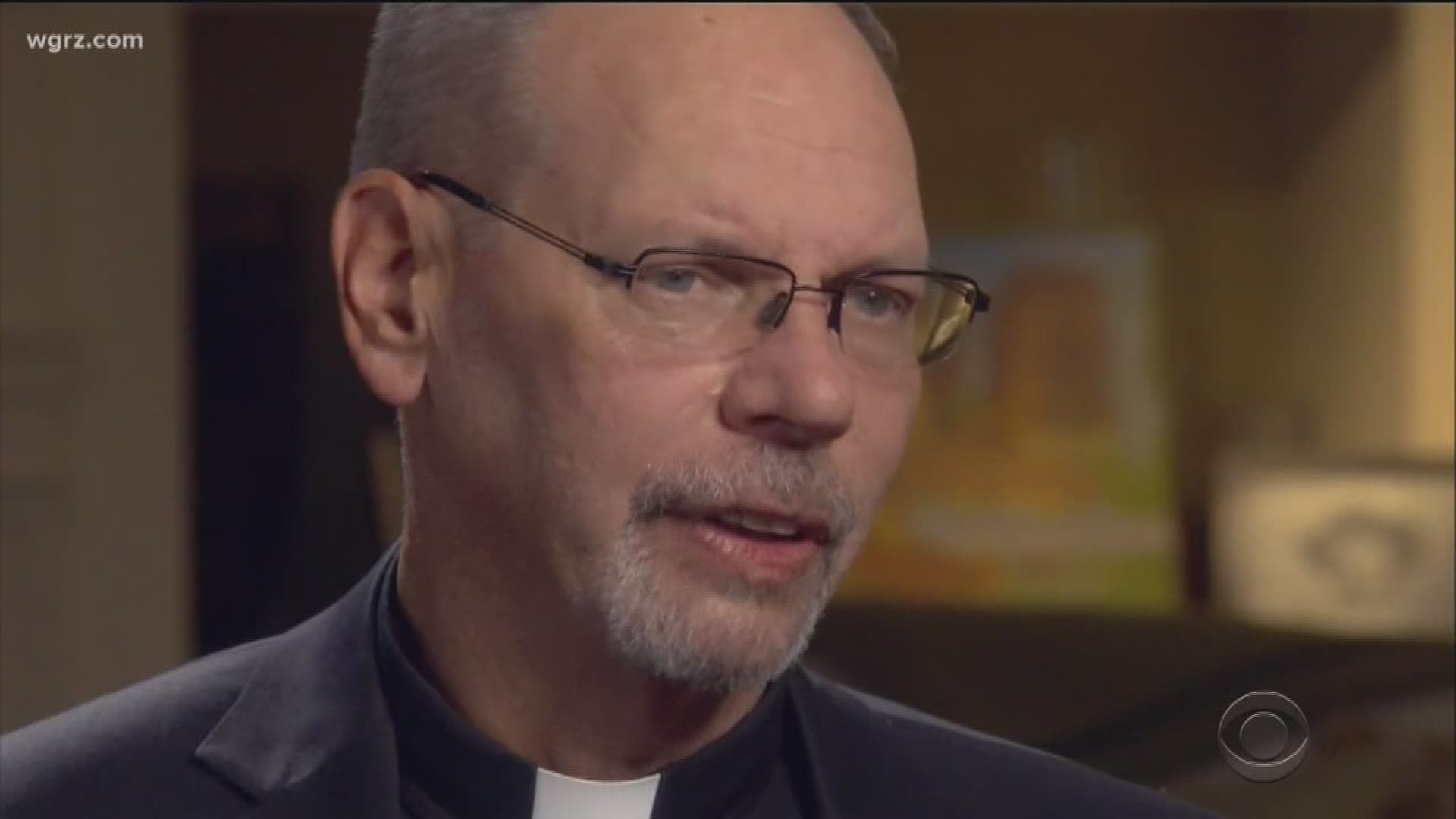 Who are the priests Father Robert Zilliox was talking about when he said on 60 Minutes there are priests who should be removed from the priesthood.

In the story, Zilliox said, "I would argue at least eight or nine."

All of them, says Zilliox, are still in the Buffalo Diocese.

Zilliox is in a unique position to make that assessment. He is a former Diocesan Cannon Lawyer, who reviewed priest abuse cases.

The revelation has prompted calls to the Diocese from nervous Catholics. We are told priests themselves are concerned. Nancy Nielsen, dean at the U-B Medical School, yesterday that two priests have confided with her.

"They say, when people look at us, they wonder if we're one of the eight or nine," says Nielsen.

In a news release Wednesday, the Buffalo Diocese denied all of it, wording the release this way, "...we are not aware of any priests in active ministry who have allegations against them."

Active is the key word here.

On Thursday, Zilliox told 2 On-Your-Side, "I never said these eight or nine priests are in active ministry."

Our research suggest that a priest in WNY who is suspended is not in "active ministry". And retired priests are considered not active in ministry, although they may have some duties at various parishes.

Because much of our conversation with Zilliox was off-the-record at his request, we are limited in what we can tell you. But we can disclose that Zilliox was well-aware of the suspicions parishioners may have about priests after his "8 or 9 priests" remark on 60 Minutes.

But 2 On-Your-Side is confident that Zilliox wanted to ally fears that the priests he thinks should be removed from the priesthood are in substantial roles in churches throughout Western New York.