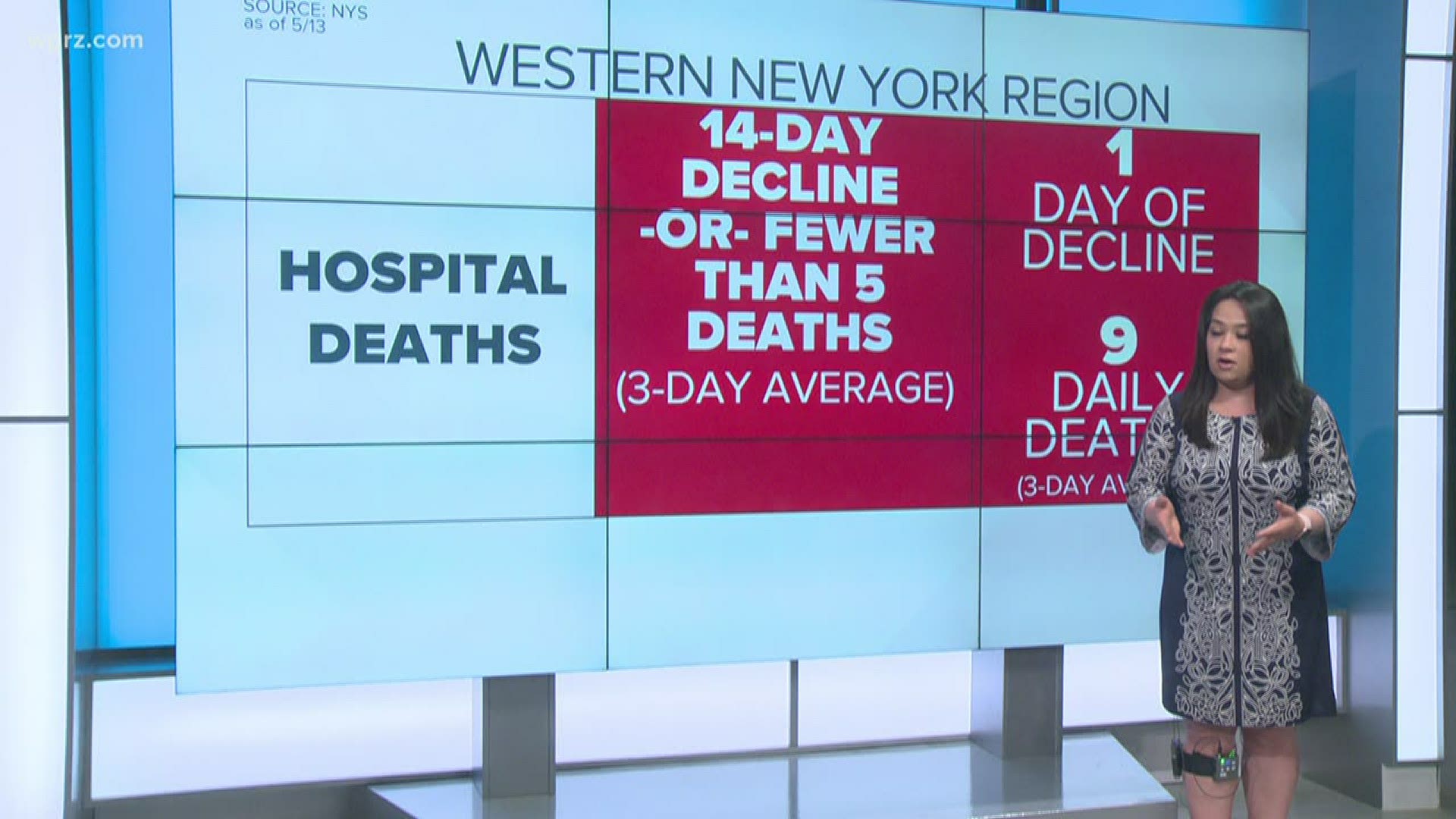 Earlier on Friday, when announcing 11 of the deaths, County Executive Mark Poloncarz announced that those were confirmed cases before their death and that none were presumed COVID-19 positive.

The county stopped tracking active and recovered cases because of the workload it placed on trackers.

Poloncarz also announced that with an increase in testing, came an increase in confirmed positive cases. In Erie County, there are 4,820 confirmed COVID-19 cases and 28,663 people have been tested for the virus. He said 41% of the cases are in Buffalo, the other 59% are spread throughout the county.

Earlier in the day, Poloncarz released data that showed the county, and  the Western New York region, had a slight uptick in COVID-19 related hospitalizations on May 13.

There are seven total benchmarks that need to be met before a region in New York State can even consider reopening, WNY currently has accomplished 4 of those benchmarks.

The other metric WNY is not meeting is a 14-day decline in hospital deaths, or fewer than five hospital deaths on average over three days, and right now we average nine deaths per day based on the last daily information that was announced.

Governor Cuomo has extended New York's 'on pause' order until 11:59 p.m. on May 28 for regions of the state that don't meet reopening requirements, according to an executive order.  But as soon as a region hits all the benchmarks required to reopen, they may start phase one of the process.

The county executive will hold a press conference later on Friday to update the public on COVID-19 in the region.

RELATED: Why is Western New York not ready to reopen on Friday?

RELATED: WNY region takes a step back in meeting criteria for reopening