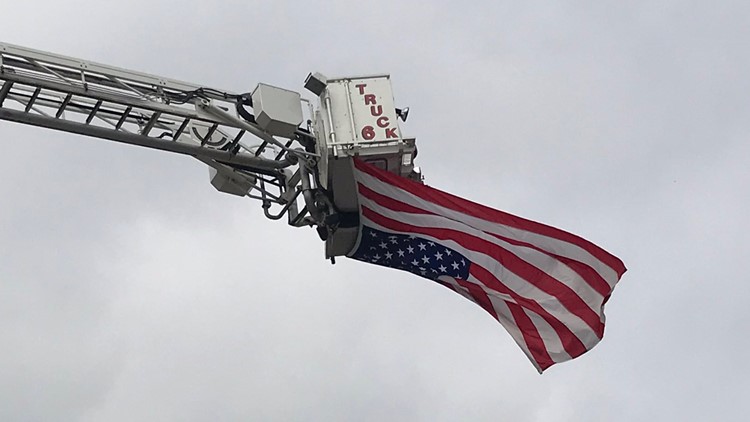 EGGERTSVILLE, N.Y. — The Eggertsville Hose Company created a special memorial in front of their station to commemorate the events of September 11, 2001 and honor the lives that were lost.

Senior Fire Captain Michael Flynn told 2 On Your Side that the memorial is something he's done every year for 18 years. He had been a firefighter for seven years when the attacks happened.

Flynn told 2 On Your Side his first instinct was to go down to Manhattan and help the other first responders. His chief at the time discouraged him from doing so. Since then, he's found a way to honor his fellow firefighters and the

"This is my way of showing my support and caring for those lost their lives that day," he said.

Flynn explained that he wanted to make sure that people understood the gravity of the events of September 11, 2001 and remind them that first responders often make great sacrifices to help their communities.

"We don’t think about what could or could not happen. We just do it."