He will retire at the end of the upcoming academic year after serving 12 years as president. 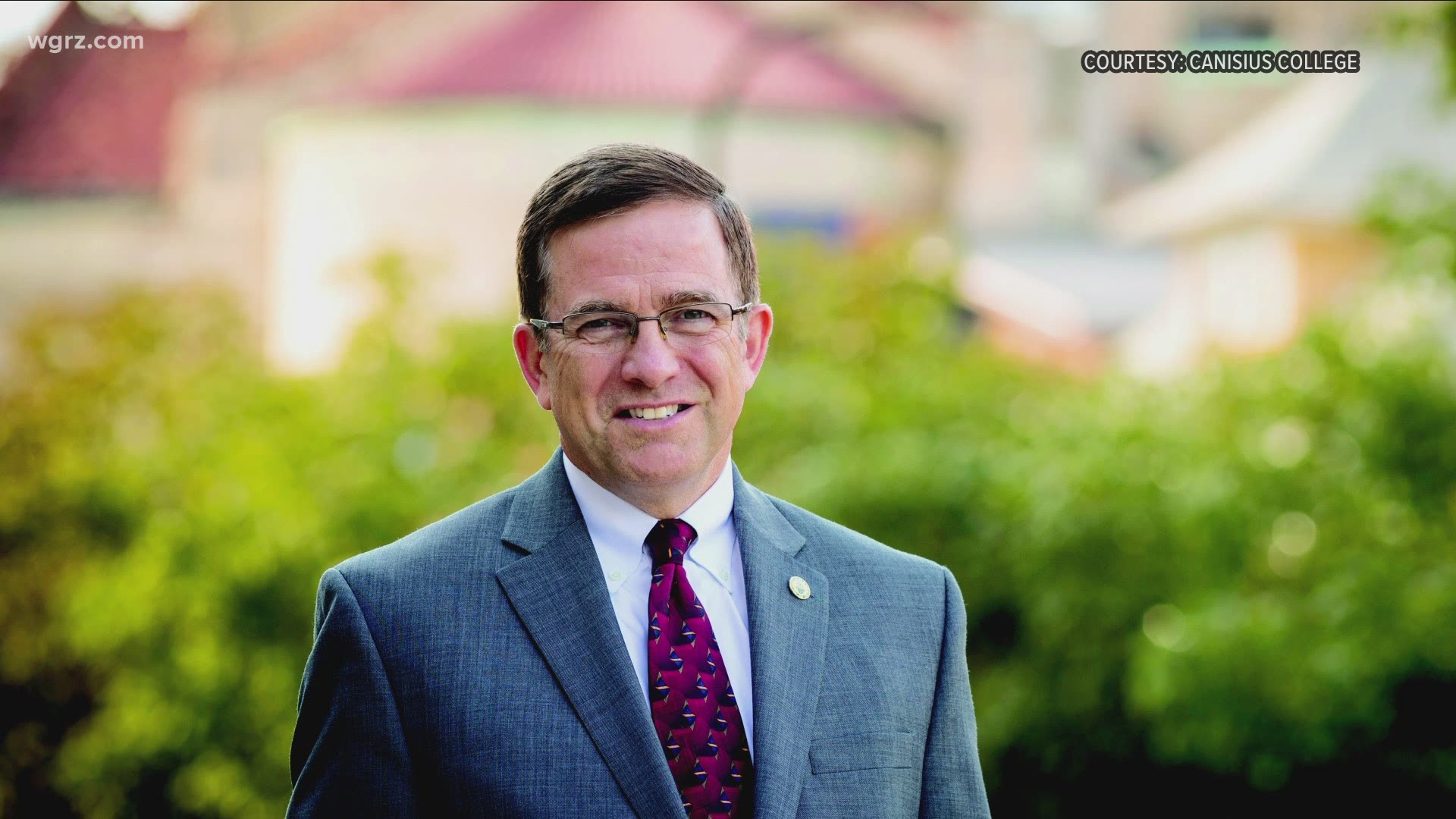 BUFFALO, N.Y. — Canisius College announced John J. Hurley, the 24th president of the college will retire at the end of the upcoming academic year.

He served as president for the past 12 years. Canisius says he will remain in office until June 30, 2022.

Hurley faced criticism over the last year, after the college experienced a $20 million shortfall while 22 faculty members were laid off.

“The upcoming year will be my 12th as president and 25th overall at Canisius,” said Hurley. “It has truly been a labor of love for an institution that means everything to me. But, having just turned 65 and having led the college safely and successfully through the Covid-19 pandemic, it’s time to step down and move on to the next phase in my life. Everything that we have done over the past 12 years has been aimed at positioning Canisius to thrive in a disrupted higher education landscape. The stage is set for the next president to take Canisius to a whole new level of excellence.”

President Hurley is currently the longest-tenured president among Western New York colleges and universities. He joined Canisius in August 1997 as vice president for college relations and general counsel. In 2009, the college's Board of Trustees selected Hurley to succeed Rev. Vincent M. Cooke, S.J. and became the college's first lay president in July 2010.

President John Hurley announced today that he will retire at the end of academic year 2021-22.

“John has done such an outstanding job at Canisius,” said Lee C. Wortham, who has served as chair of the college’s Board of Trustees for the past four years. “His foresight and focus have positioned Canisius well for the future. His tenure is notable not only for many strategic, programmatic and student-centered accomplishments but also, importantly, for the manner in which he has led. John epitomizes the Jesuit value of men and women for and with others; service is a life priority for him.”

A search committee will conduct a national search for his successor.