Authorities believe 12 horses and two dogs were killed in the barn fire. 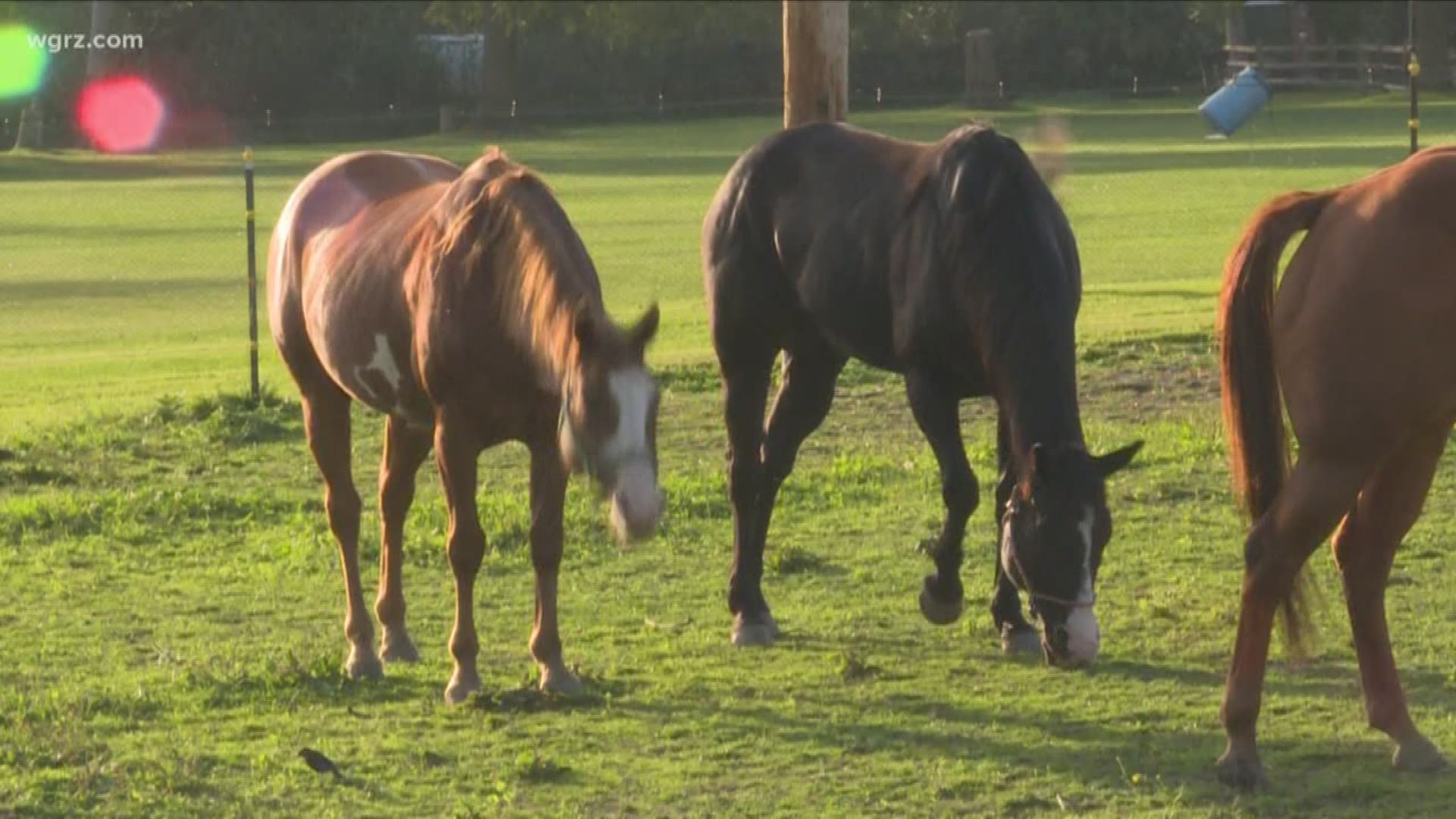 DEPEW, N.Y. — Firefighters in the Village Depew were called to battle a fire at the S&L Ranch on Broadway.

The fire started around 1 a.m. Friday on Broadway near Borden Road.

The barn was fully engulfed in flames when firefighters arrived on scene.

Investigators say the barn was stocked with hundreds of bales of hay.

The owner, Martin Snyder, is still processing the devastation.

Now, merely ashes are all that remains where the barn used to stand.

"I got a call about 1:30 in the morning from the owner, then a couple of the boarders called me and just said, 'The barn's up in flames. All the horses are gone.' Devastating," said Michelle Firina, who used to board horses at the ranch.

Authorities believe 12 horses and two dogs were in the barn at the time of the fire. None made it out.

Dawn Bulinski tells 2 On Your Side she went to the barn every day for the last 15 years to visit her horse, who was killed in the fire.

Bulinski described the horse with tears in her eyes, "Very fast. Very loving. I'll miss her."

While the majority of the horses were killed in that fire, seven were outside of the barn at the time and survived. Now community members are working together to figure out what's next before winter hits.

"When my daughter came to me at 2 in the morning in tears, and when the owner, Marty, dropped to his knees crying because of what happened, I knew I had to help," said Dawn Buck, Snyder's neighbor who created a GoFundMe page.

Another one of the owner's friends, Zach Highway, also created a separate GoFundMe page to help S&L Ranch recover.

"I'm hoping that we can raise enough money to just at least build the barn to have somewhere to house the seven horses that are leftover," Firina said.

The owner says he's still figuring out what he wants to do moving forward, but he's thankful for all the support they've received during such a difficult time.

"If you can't support me right out or this operation, support your local fire departments because they did a bang-up job," Snyder said.

Friends of the owner say several people have already made donations of grain to the ranch and they likely don't need anymore. However, they say hay would be helpful.