There were at least 12 horses and 2 dogs in the barn at the time of the fire. 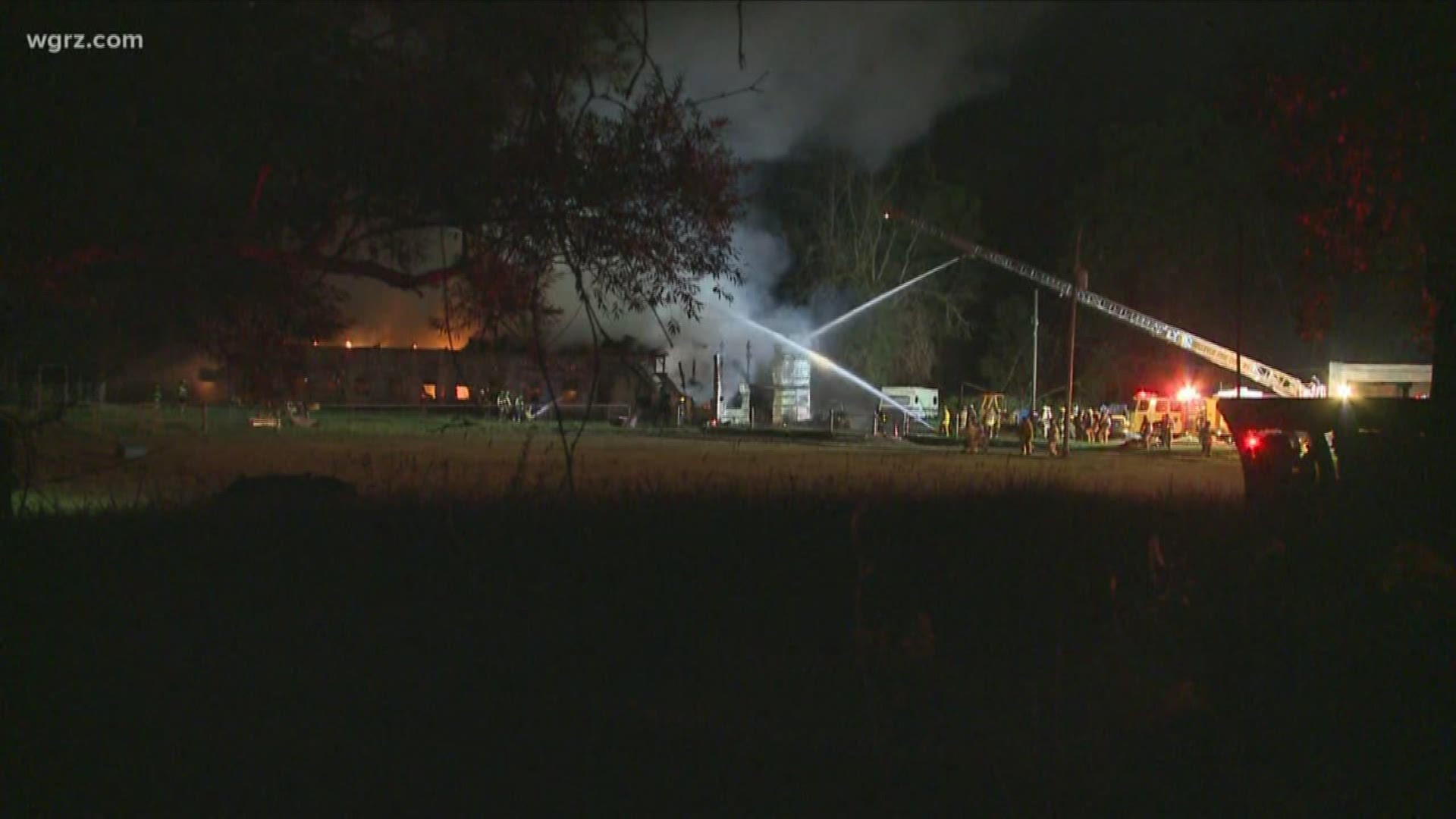 DEPEW, N.Y. — Firefighters in the Village Depew were called to battle a fire at the S&L Ranch on Broadway.

The fire started around 1 a.m. Friday on Broadway near Borden Road.

There were at least 12 horses and 2 dogs in the barn at the time of the fire.  Officials are currently in the process of contacting the owners of the animals.

The barn was completely leveled.

Broadway was closed between Borden and Dick Road for a period of time, but has now reopened.

Investigators are still investigating the cause of the fire.

A GoFundMe account has been set up to help the ranch owner.