Keah Brown was born and raised in Lockport. She's on a mission to empower others, specifically women with disabilities, because she has cerebral palsy. 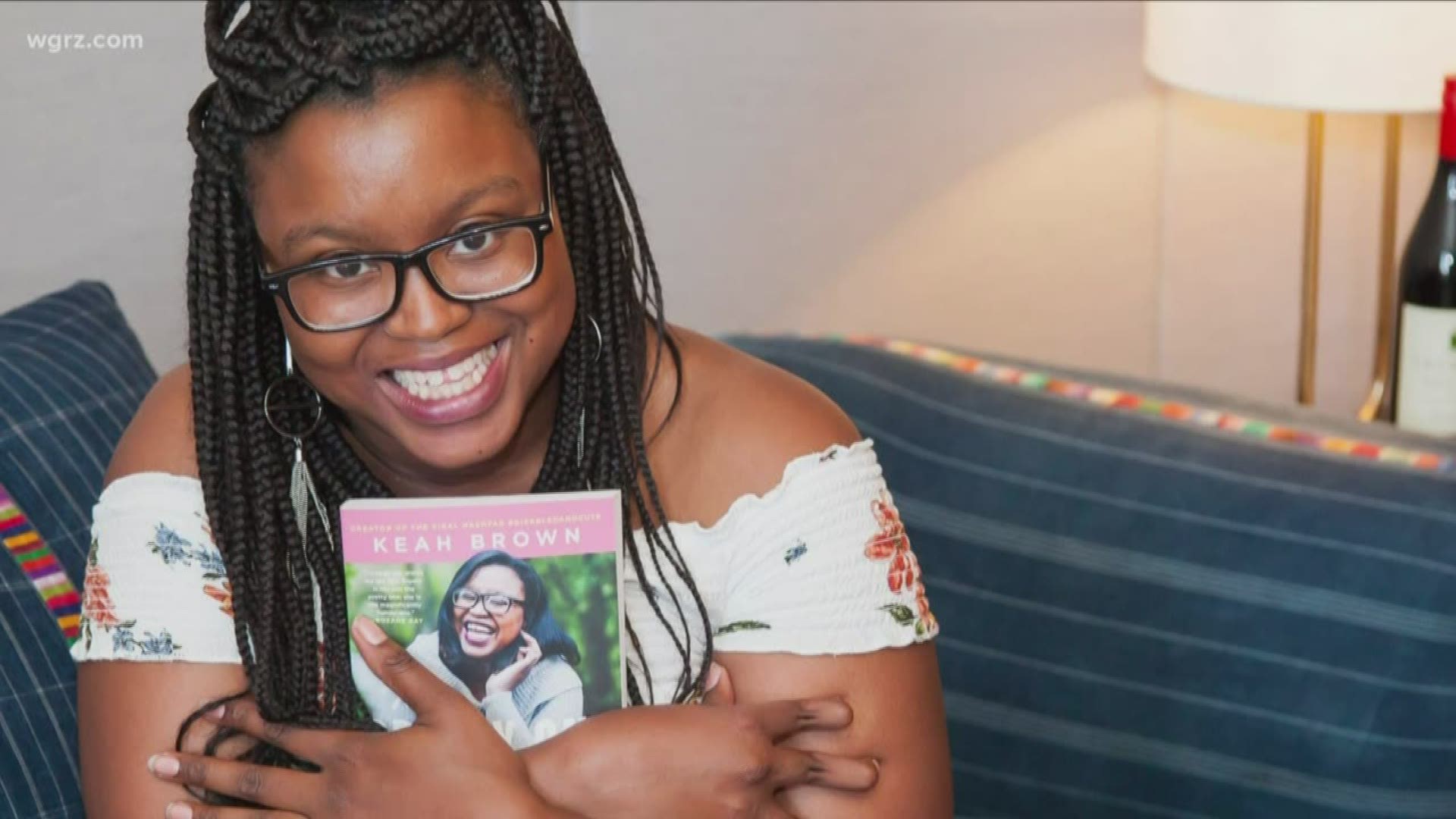 Brown was born and raised in Lockport. She's on a mission to empower others, specifically women with disabilities, because she has cerebral palsy.

"My early childhood years, I didn't think about it at all," she said. "It wasn't until I was like 12 maybe that I realized that I was actually different from the people around me, like my classmates and my family members."

Once those thoughts hit, she said they were followed by thoughts of self-hate and constantly trying to be society's version of normal. Brown is an identical twin, her sister is able-bodied, and she said that only heightened her insecurities.

"I was jealous of her," she said, "because she is able-bodied. She doesn't have a disability, and so when I thought really low of myself and I didn't think that I was worthy, I sort of took it out on her."

That changed when Brown went off to college at SUNY Fredonia, where she fell in love with writing and herself.

"It's about adaption, and adapting to the world that isn't necessarily designed for someone like me, but my differences are an asset not a hindrance," she said.

Brown said she wanted to write about her journey professionally. She reached out to anyone who would let her spread her message and quickly got her first break.

"The very first thing I ever did was for a website called Femsplain, where I talked about getting over my jealousy toward my twin sister, Leah. And after that I got picked up to do a piece for catapult, and then ESPNW," she said.

Brown's career was on its way. As she became more confident in herself, she took to twitter. Brown posted four things she loved about herself every day with the hashtag #disabledandcute. The hashtag went viral.

"I came back, and it was trending, and then by the end of the week we had went viral, and the next week was global. It was such an experience," Brown said.

Her viral tweet led to bigger writing dreams, she wrote a book. A series of essays called The Pretty One. The book was released in August, and Brown has been traveling to promote it ever since.

RELATED: Girl Not Amused By ‘SNL’ Joke About Her Disabled Pet Chicken

RELATED: Walmart to make 'every effort' to find other roles for disabled greeters