Chris and Liz Keicher teamed up with people in the community to find a practice location and equipment for the team. 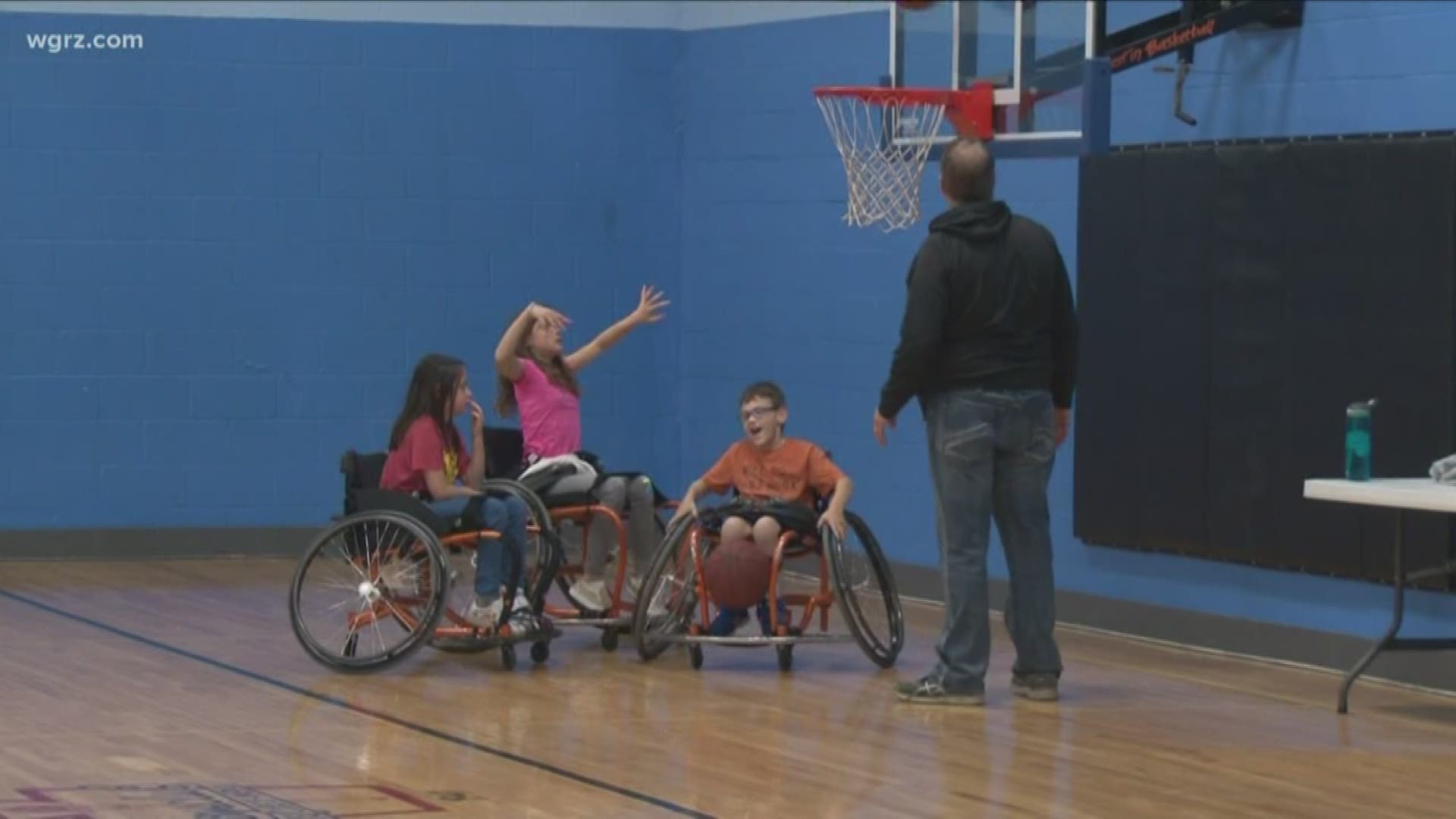 DEPEW, N.Y. — One evening each week, the gym at the Depew-Lancaster Boys and Girls Club is filled with cheering, clapping, and the sound of dribbling basketballs.

The coaches and volunteers are doing skill drills and teaching the basics of the sport while parents watch from the sidelines.

But there are no excuses.

Coach Chris Keicher stresses hard work and teamwork and treats the players the same way he treats his high school team. The only difference is the team at the club is for wheelchair basketball.

Chris and Liz Keicher's daughter, Emily, 10, has spina bifida and uses forearm crutches and a wheelchair to get around. Emily, like her dad, has a tremendous love for basketball.

Emily tried a wheelchair league in Rochester over the summer, but once it was over, there was nowhere for her to play closer to home.

So, the Keichers decided to start a team called Buffalo Wheelchair Basketball.

They reached out to the Depew-Lancaster Boys and Girls Club to see if they could use the gym. Chris Keicher grew up at the club, so it's extra special for him to coach the game he loves at a place that means so much to him.

Sports wheelchairs have a special design to allow for speed and maneuverability. They're also very expensive, and the Keichers knew the cost could prevent families from trying out the sport.

They reached out to Greater Buffalo Adaptive Sports, a local foundation started by Paralympian and Lancaster native Adam Page and his father.

The foundation is letting the team borrow a dozen special sports wheelchairs until they can get grants and raise money to buy their own.

Donations can be made through the team's GoFundMe page or the Buffalo Wheelchair Basketball Facebook page.

"Sled hockey was something where I could go every weekend and be with kids just like myself. That's kind of giving them the same thing. They are out here on a level playing field with kids just like themselves, and for those two hours, they can forget about the disabilities that they have," said Page.

Though the name is Buffalo Wheelchair Basketball, the team is for people of all abilities.

"We talk to Emily a lot about inclusion, and we do our best to make the world an accessible place. I think when you get people with physical disabilities together with people who don't have disabilities, and you have them playing together, you're truly experiencing inclusion," said Liz Keicher. "When you do that on a sports level, you are teaching skills that can be taken out into the rest of the world."

Emily and the other players say wheelchair basketball is harder than it looks, whether you use a wheelchair normally or not.

"It's a little bit harder with shooting and trying to pass the ball," said Emily. "It means so much to me [to play], and I hope my dad is proud of all of the hard work I've done."