They left their abusive home and ran away to a shelter for teens all in search of a better life. Now twin sisters from West Seneca East High School are on the honor roll and leaders among their peers. 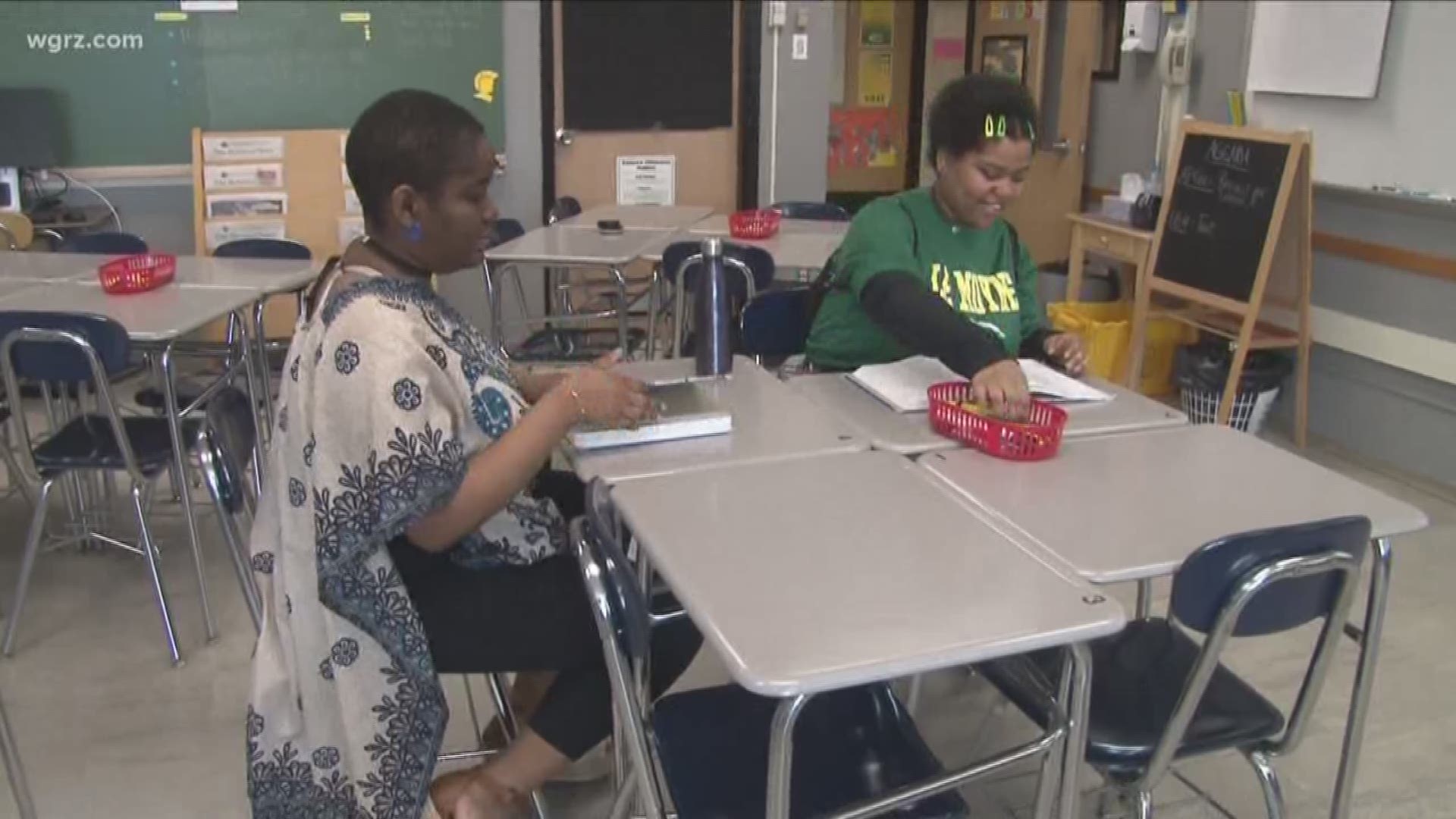 WEST SENECA, N.Y. — Josephina and Constantina Butler say the halls of West Seneca East High School are finally starting to feel like home. This is the first school they've ever attended for longer than a year.

“We moved around a lot,” said Constantina, who goes by Connie. “We've probably been in 10 or 11 different houses.”

And in each house, mostly near Syracuse, they say the abuse at the hands of their step-father got worse.

“At age 10 we were doing all the household chores and if we didn't do them and do them the way he wanted them to be done, we'd be hurt really badly with any object,” said Connie.

At age 15, Josephina, who goes by Jozy, was hurt so badly by her step-father that the twins decided it was time to give their mother an ultimatum.

Jozy and Connie courageously did just that. They went to a shelter for runaway teens and stayed there for 3 months.

“At first when we got there it was fine and we were really happy,” said Jozy. “And then it was just like, ‘I don't want to be here.'”

They then bounced between foster homes, and finally, in the middle of their junior year of high school, came to Western New York to live with their biological father and grandmother.

“We were pretty much super independent our entire lives because we were taking care of ourselves and our little sister,” said Jozy. “And now to have structure, it’s still challenging for us but it's better.”

That structure started with schoolwork.

It turned out to be more than possible. They both now carry a 97 GPA, while taking advanced classes like AP Government and AP Biology and participating in many extracurriculars.

Both were even named among the prestigious “Students of Excellence” in West Seneca.

“They're curious. They're smart. They're inquisitive. They're interested. They are true lifelong learners,” said AP Government and Politics teacher Kara Welgoss. “I have no doubt in my mind that they'll be successful in anything that they do.”

The honor roll was the first goal they met and surpassed, and now their dad, Cassius Butler, has another request.

“Well I'm hoping that they're so much more successful than I ever was or that I'll ever be,” said Cassius. “I have not had an easy life and because of my decisions they went through what they went through.”

Cassius admits he had his struggles, but he always loved his girls as he was in and out of their lives. He said he never knew about the abuse they endured.

“Everyday is just a miracle to me,” he said. “I love them and to be able to be a voice in their life is an honor.”

They say they're excited about their futures, but scared because for the first time in their lives they won't be together.

They don't want their future to resemble their past. So they'll continue to rely on their grit, determination, and spirit to guide them.

“Being so unstable, it's like the fear of going back to that, is why I work so hard,” said Jozy. “We want to be more than what we saw.”

Jozy and Connie’s father has established a Go Fund Me Account to help fund their college tuitions. A link can be found here.

2 On Your Side also recognized the following Great Grads: