This Riverside High School senior didn't speak English when he came to Buffalo in 5th grade. Now, he has risen to the top of his class and is college bound. 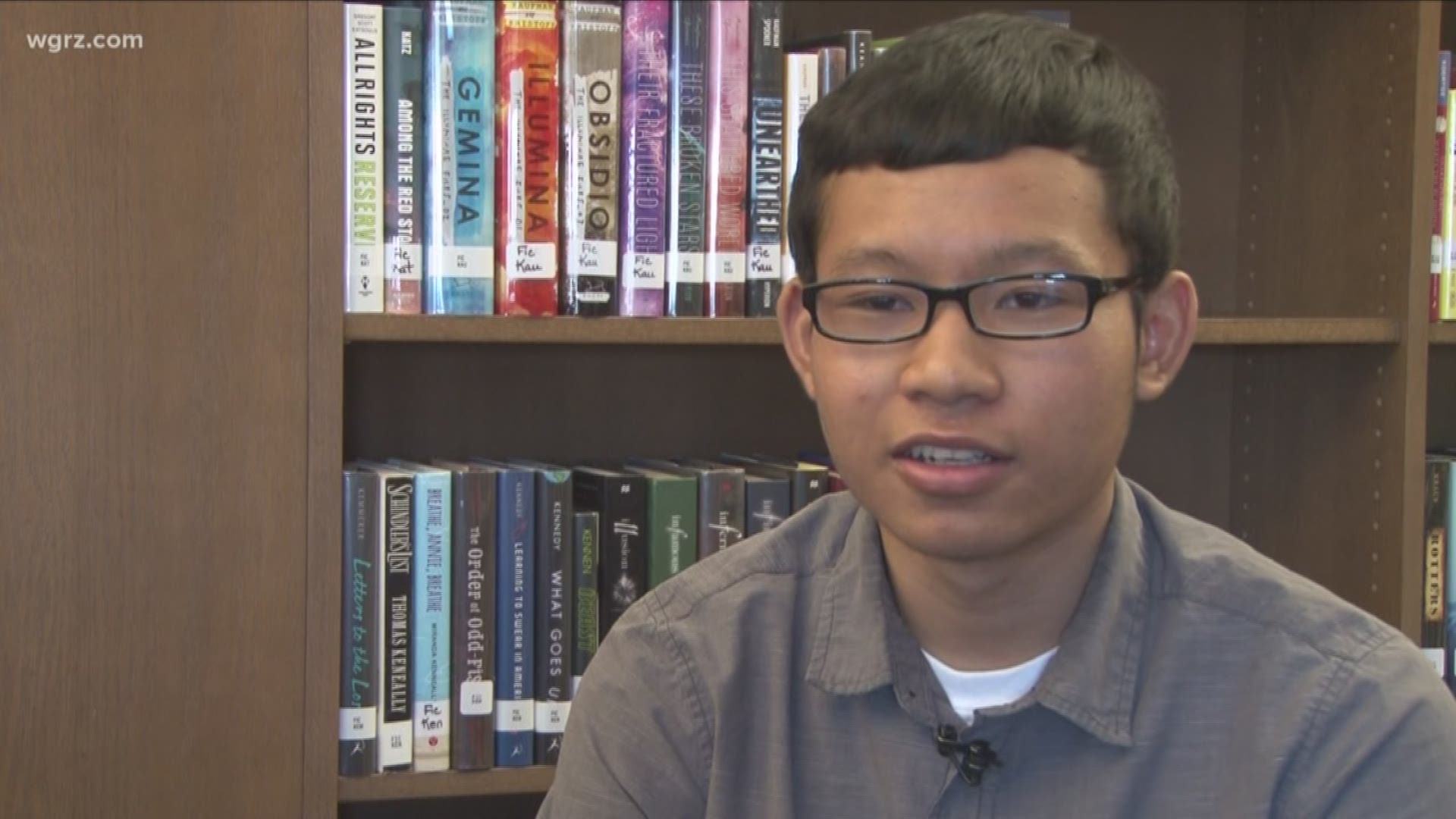 BUFFALO, N.Y. — Western New York high schools are filled with talented seniors about to graduate and embark on exciting futures. During the month of May, Daybreak is celebrating "Western New York's Great Grads."

At Riverside High School in Buffalo, this year's valedictorian was a refugee who barely spoke a word of English when he came to American with his family in the fifth grade.

"My English is not that good so I have to learn learn learn, keep working hard, to make my grades go up," said Eh Ler Tha.

Eh Ler was born in a refugee camp in Thailand, where his parents sought safe haven from their war-torn home country of Burma.

When Eh Ler was in 5th grade, his parents chose to come to America.

"They wanted me to have more opportunities for education and a better future," said Eh Ler.

He seized those opportunities. Eh Ler is chief editor of the school newspaper. He runs the school's website. He's also on the baseball, tennis, and bowling teams.

On top of all that, he excels in his AP Computer Principles class, carries a 98 average overall, and is the class valedictorian.

"He's really special. He just has such a positive attitude and a bright spirit," said Jessica Korkomaz, Riverside High School counselor. "It's not just academic. It's also his attitude and his character and he's just an all around great person."

Eh Ler, who is now fluent in 3 languages, plans to study criminal justice at Buffalo State College. He'd like to join the Air National Guard and one day become a pilot.

"When he first started school he was a little bit shy but he has blossomed into a very social and amazing student," said Korkomaz. "At school he's a great example and a great influence. He advocates for other students. If somebody needs help and they don't know where to get it, he's the one that directs them to the right place. He speaks up for other students when they might be too shy to do that themselves."

His mother says she couldn't be more proud, because her dreams for her son, and her American dream, are becoming a reality.

For Eh Ler, his journey may have began in a refugee camp in Thailand, but the destination knows no bounds for a young man with a work ethic and character like his.