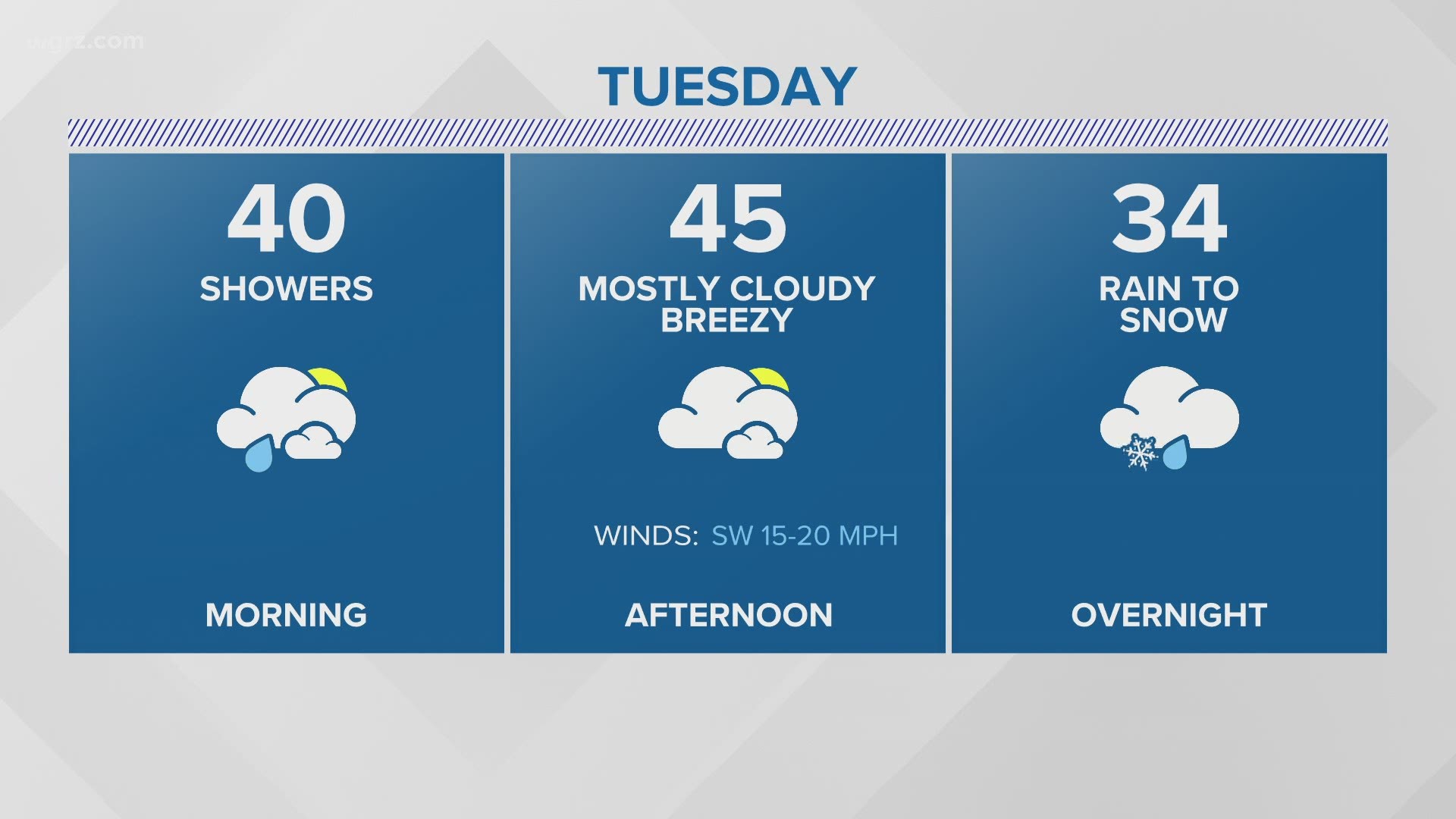 BUFFALO, N.Y. — Colder air has been draining into Western New York today and it will keep getting colder through tonight. The timing of this cool-down lines up perfectly with our next incoming storm system to produce unusually late, widespread, accumulating snowfall.

As of Tuesday afternoon, the center of this next storm is right over western Kentucky. The forecast track has the storm center moving just to the south of Western New York. That keeps us on the cold side of the storm but still allows for plenty of moisture to wrap over the area. There is now very high confidence in impactful, widespread accumulating snowfall for the entire region. Maximum accumulations could reach 4 to 6 inches in the higher elevations of the Southern Tier and 2 to 4 inches around the city of Buffalo.

Of course, a snow forecast of 3 to 6 inches wouldn't be shocking for us in January or February. But it is now late April and the roads no longer have winter treatments on them, making them potentially more slippery than what we're used to driving on in the winter.

Widespread snow will begin late Tuesday night and last through the entire morning drive time. Steady snow should taper off late Wednesday morning. After that, northwest winds may kick up scattered lake effect snow showers. Most of the accumulation will come from the overnight widespread snow, not the lake effect.

If more than 1 inch of snow is measured at the Buffalo Airport with this system, it would be the city's latest 1 inch plus storm since April 24th, 2004.