Along with another student, Theresa Onwuka helped plan a week of anti-bullying initiatives for her fellow students at the University at Buffalo. 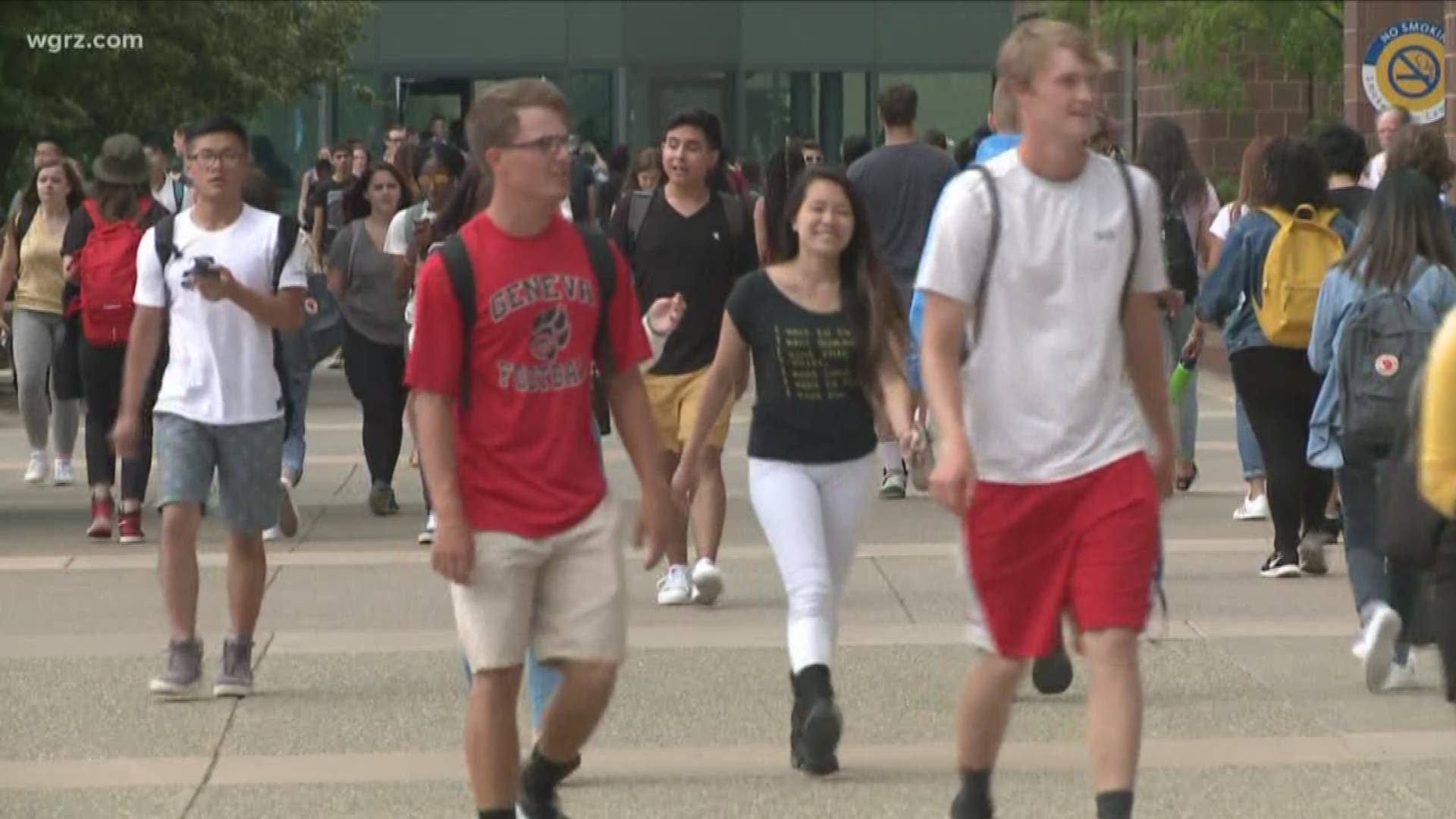 AMHERST, N.Y. — In honor of National STOP Bullying Day people in Western New York are stepping up to raise awareness. One of those people is a student at the University at Buffalo who helped plan a week of events for her fellow students.

Theresa Onwuka is a senior at UB and a member of the Buffalo women's basketball team. Along with another student, Onwuka helped plan a week of anti-bullying initiatives for her fellow students.

On Monday, Onwuka and some of her fellow athletes went to a nearby elementary school to speak to students. On Tuesday, she posted a board on campus where students could post motivational notes.

"It didn’t take a lot to get them to come say something they were all willing and like excited to say something," she told 2 On Your Side.

Onwuka also said she enjoyed planning the events because she understands what it means to be bullied and she hopes she can help other students who may be going something similar themselves.

"Growing up when I started playing basketball, I was so skinny and I didn’t have a lot of strength and a lot of people came for me," She said.

Onwuka added, "It's a really very touching subject that everyone really wants to create awareness of."

Those are numbers Onwuka says she wants to change and she’s hoping her fellow students will get help if they need it.

"We have the resources," she said. "All you have to do is reach out and don't feel like you’re going to be judged or you’re gonna’ be looked down on. You should feel safe."

Onwuka has programs planned for the students, faculty, and staff for the rest of the week. She's encouraging everyone to wear orange on Thursday and she has a special message from a few of her fellow athletes. She's planning to show that message during the volleyball game this Friday.