According to the poll, six Democratic presidential contenders would beat President Trump by a substantial margin in New York. 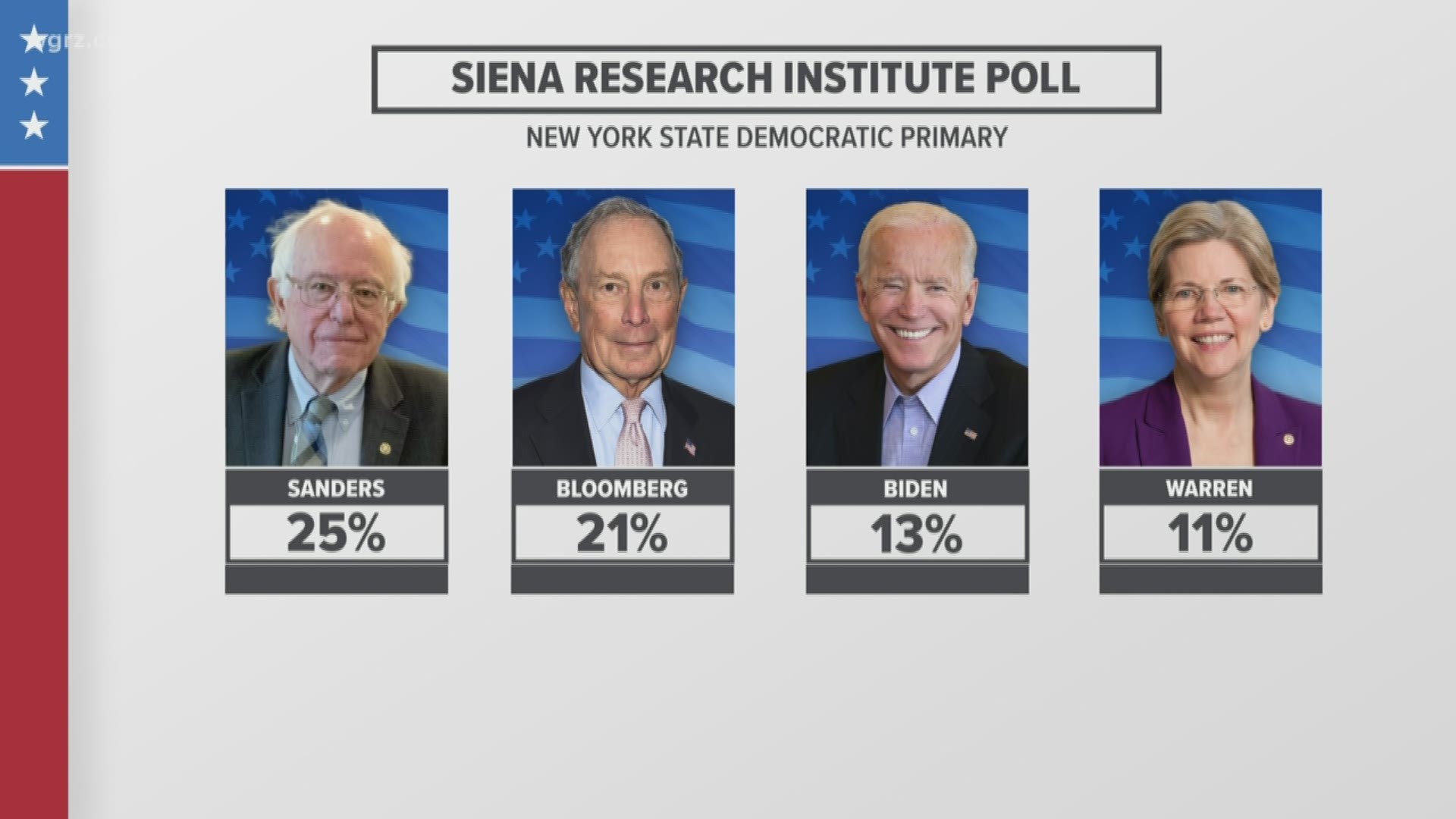 LOUDONVILLE, N.Y. — A Siena College Poll predicts that six of the leading Democratic presidential candidates will beat Trump by a significant margin in New York State, though 62 percent of New Yorkers said they believe President Trump will be re-elected.

Former NYC Mayor Mike Bloomberg has the most support in the Empire State. The poll predicts Bloomberg would win the state over Trump by a 25-point margin.

"Thirty-six weeks out, it does not appear that the Democrats’ winning streak in presidential contests in New York – solid since Ronald Regan’s re-election in 1984 – is in jeopardy. All six leading Democratic candidates currently lead Trump by double digits,” said Siena College pollster Steven Greenberg."

However, even with the strong democratic support, most New York residents believe Trump will be reelected.

For more information, the full poll can be found here.